Rex has always been a good housecat. He’s friendly, he’s sociable. He’s everything his human, Emily Crane, could want in a furry friend.

So, she started letting Rex outside.

“At a rather young age, he starting begging to go outside,” Crane told the Dodo. “I would let him out the back door and watch from my upstairs kitchen window.”

He’d always return after his daily perambulation with a contented purr. 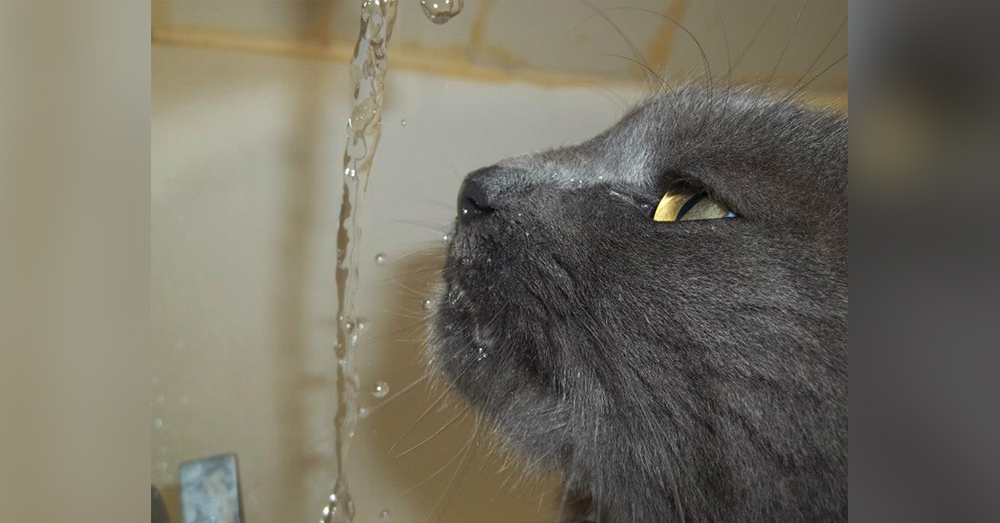 Source: Facebook/Emily Crane
Rex has always been a sociable cat.

“I think a lot of people around here are excited to see a friendly kitty,” Crane said.

Rex respected his outdoor privileges, but would much rather spend time with his human, or so Crane thought.

When Rex returned from an outdoor adventure one day recently, he had a note attached to his back. 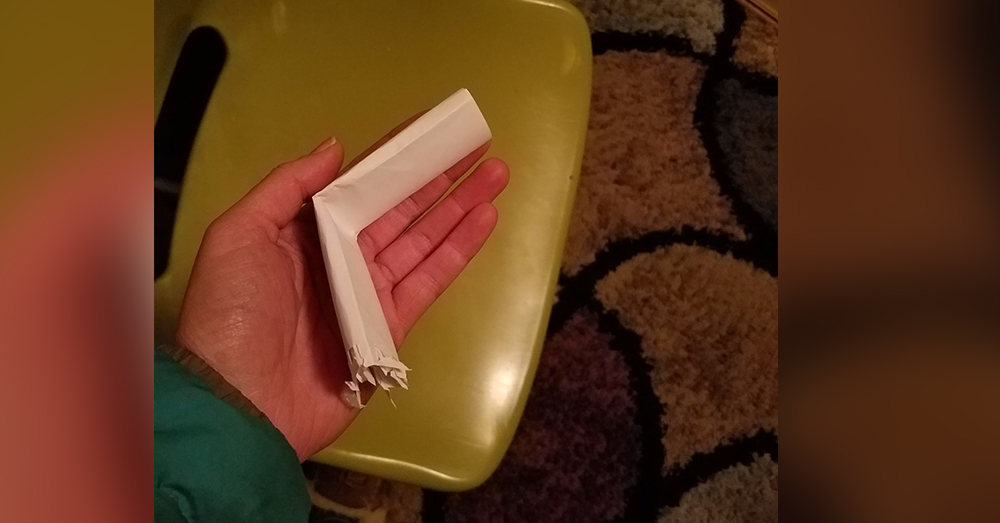 Source: Facebook/Emily Crane
One day, Rex came home with a note attached to his back.

It appears Rex’s social life if much more vibrant than Crane realized.

“He pranced inside with it, like he knew that he had a delivery to make,” Crane said.

The note revealed Rex’s strange predilections. Needless to say, Crane had no idea.

“This is your neighbor in the red house! We just wanted to let you know that Rex has developed a weird love for our bathtub & will sneak into our home to sit in it! All of us in the house are 100% okay with this because we all love Rex very much. We just want to let you know in case you were wondering where he was one of these days … he’s probably in our bathtub. 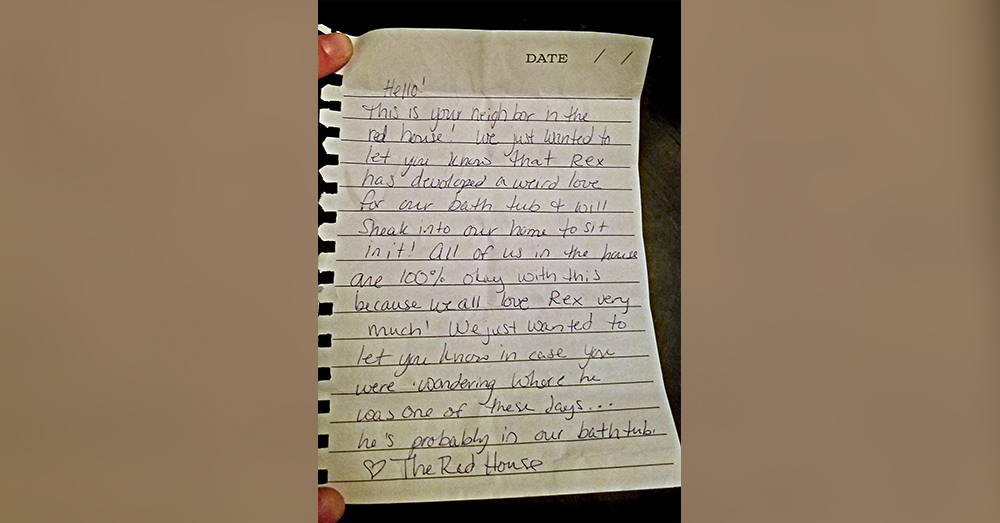 It’s hard to feel upset when your pet’s peccadilloes aren’t causing anyone harm. If anything, Rex is more than welcome to fetishize the neighbors’ fixtures.

More power to him!

“I seriously could not stop laughing when I found the note,” Crane said. “It was adorable.” 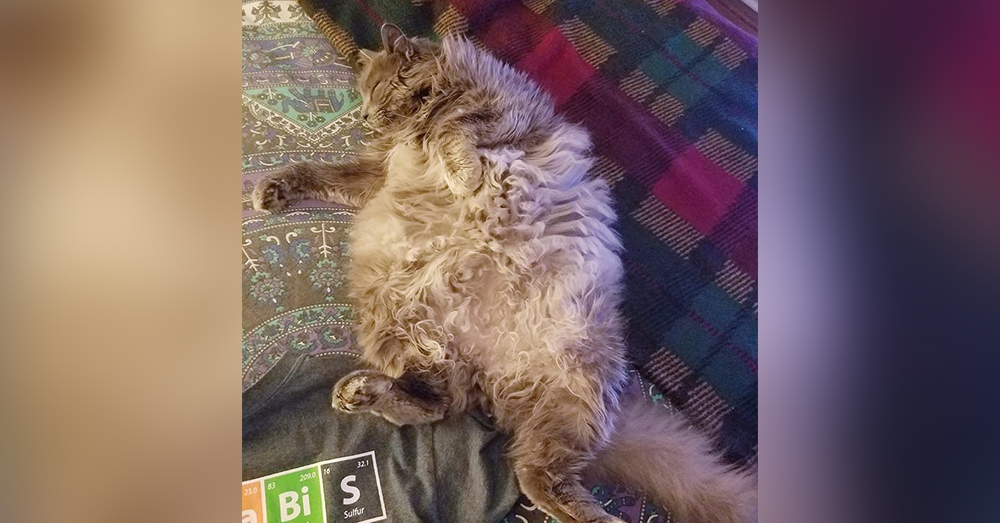 Source: Facebook/Emily Crane
You do you, Rex.

Of course, Crane had to thank her neighbors for accommodating her cat. She sent Rex over with a message for them, too.

As always, he was welcomed.

“He is definitely a character!” Crane said. “I love how friendly Rex is with people. I can tell it makes their day to give a pet to a handsome, social kitty cat.”

Owner Spends $1,500 On Plastic Surgery For Cat She Called ‘Ugly’: Click “Next” below!