Here’s the heartwarming story to counter all the anxiety, stress, and other bad news associated with COVID-19. In an age where families and friends forced to connect over FaceTime, two long-lost shelter pup siblings were randomly reunited at a dog park!

One of the owners, Melanie Horn, shared a video of this unexpected reunion on TikTok, where it quickly went viral. “A woman approached me in the dog park to point out how similar our dogs look,” Horn wrote. 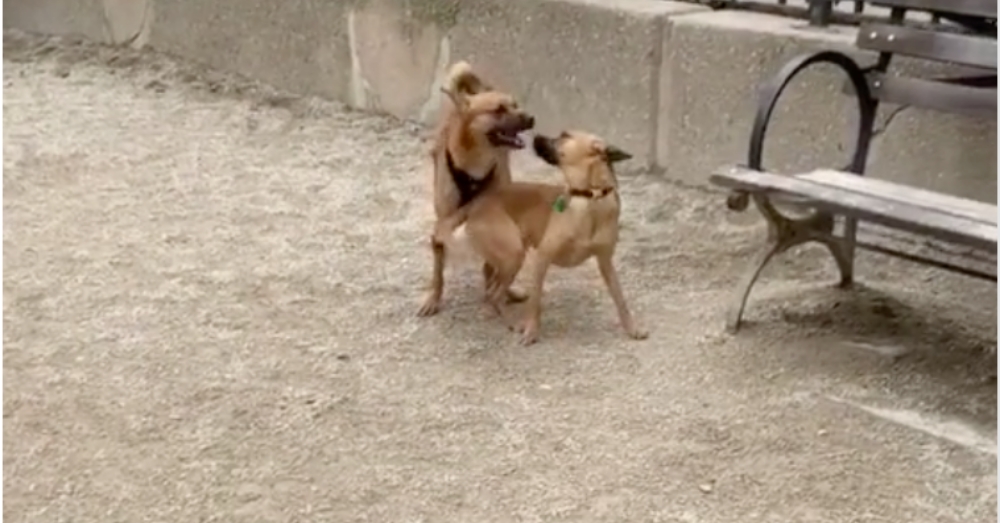 As the women spoke, they realized both dogs had been adopted from the same shelter outside the city. Could they possibly be related? That question was quickly answered when the dogs greeted each other with knowing sniffs, tail wags of recognition, and engaged in a familiar bout of puppy play.

“They recognized each other immediately,” Horn wrote. “Turns out their siblings!” Melanie knew that her shelter pup’s brother had been adopted in the same city, but she’d never managed to track down his family. Now the shelter pups had been reunited by chance!

As the shelter pups lovingly played, Horn knew the siblings deserved to enjoy some regular family time together – even if their owners needed to stay at least 6 feet away. “Now they live in their forever homes and can still see each other,” she wrote.

Viewers were equally smitten by the pup’s chance encounter – not only because of its sweet, serendipitous nature, but because many people are clearly eager to finally read a happy, heartwarming story right about now. According to Newsweek, over million people have already viewed this adorable clip. 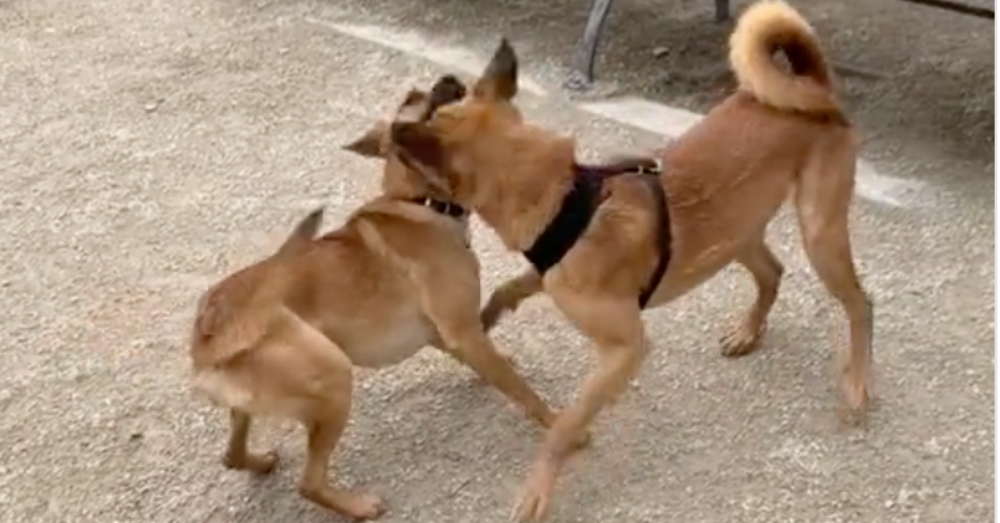 “[O]mg neither of u can ever move again,” one viewer gushed. “Aww that is the cutest animals never forget glad they found each other,” another person agreed.

“This story made my day,” another dog lover (and possible animal rescuer) wrote. “We always wonder how the siblings and parents of our rescues are doing. Breaks our hearts thinking of broken packs.”

Has your shelter pup ever reunited one of his/her litter mates? Tell us how it happened!