A man named John Slater, of Wiltshire, England, was driving up a hill near his home when he saw a deer lying in a pool of blood. He assumed right away that the deer was dead, but he wanted to pull over to check anyway.

As he drove past, he heard the deer squeak, so he knew she was still alive. So he turned his car around and pulled up alongside of her. He brought her into his van and took her home. The 63-year-old widower wound up nursing the injured baby Muntjac deer back to health and gave her a forever home. 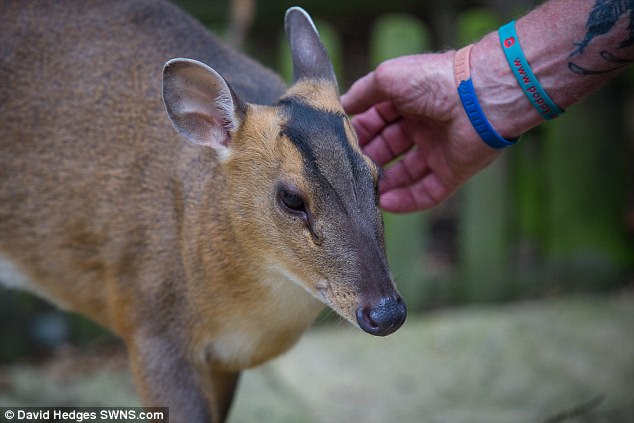 While taking care of her and raising her, Slater stocked up on books and did a lot of research to help educate himself about Muntjac deer and how to care for her properly. 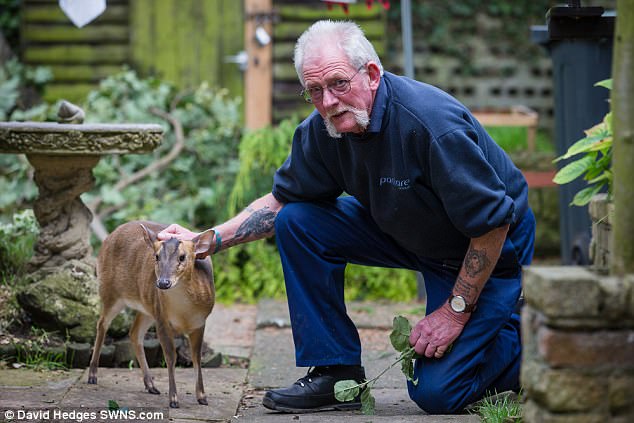 The three-year-old deer, now named Strawberry, lives with Slater and his two dogs, Cola and Kilo. Now that Strawberry has been living with the pups, she thinks she’s a dog as well! She is very friendly and affectionate and loves attention. If Slater is sitting down watching tv, she will nibble on his elbow until he starts petting her. 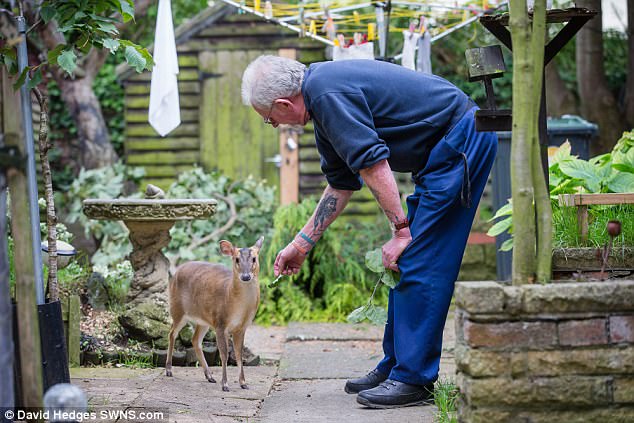 There is a comfy shed for her in the yard where she sleeps, but when it’s winter time, Slater lets her sleep in his home. She even uses the doggy door to go in and out of the house as she pleases. 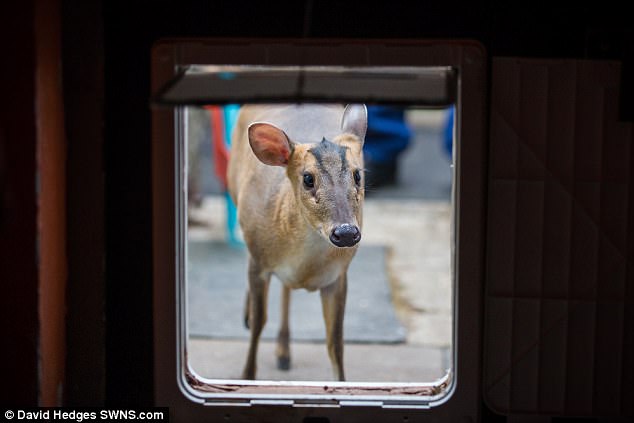 Strawberry enjoys eating peaches, rose petals, leafy greens, dandelions, and especially strawberries! Slater grows all of them in his yard just for her. She is definitely one spoiled deer and just happened to be found by the right person. If he didn’t stop to help her, little Strawberry wouldn’t have survived. 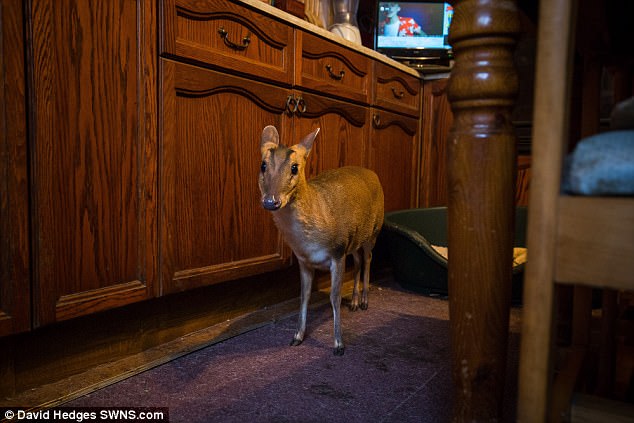 “It was luck, sheer luck, that I heard that tiny little squeak, Slater told Daily Mail. “I’m so glad I went back.” 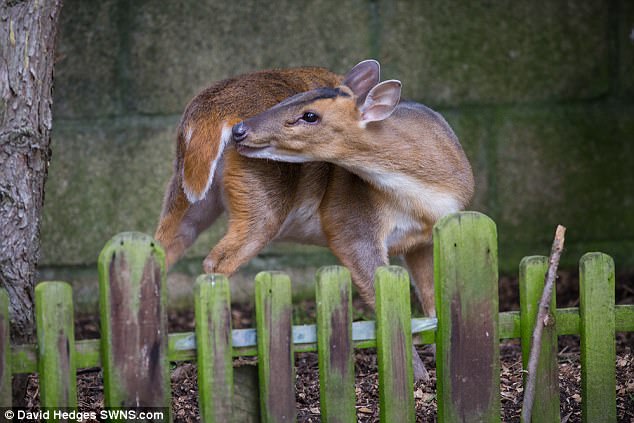 The Muntjac deer is known as the “barking deer” because of its loud, fox-like cry. Just like little Strawberry. She used every ounce of energy she had to be heard. Munjacs were imported from China in the 1900s to an estate in the UK. There are more than 150,000 currently living in the UK.