There’s no bond more touching than the one between a mother and her son. It gets even cuter when it’s a mama cat and a kitten, and that kitten happens to be a bobcat. According to The Dodo, a woman found an abandoned baby bobcat toward the beginning of May, after a storm. She took the baby to an animal shelter, and fortunately, Erica Chacon was visiting the shelter at the time. Erica manages Sarge’s Animal Rescue Foundation, and she knew of a young bobcat that needed milk. 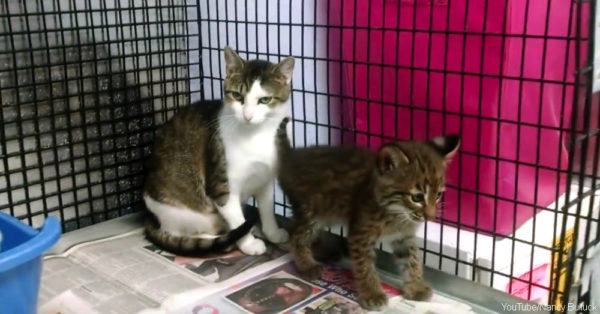 Erica made sure to contact a biologist first and run her plan by him. He told her that having the baby bobcat nurse from a mother cat was the way to go. If they only bottle-fed him, he could never survive back in the wild. Erica introduced the baby bobcat, named Ricky Bobby or Bob for short, to Sweet Pea, the mother cat with a litter of kittens. 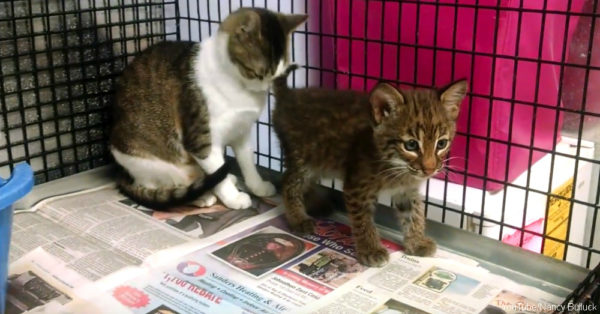 Citizen-Times reports that within 15 minutes, Sweet Pea had accepted Bob as one of her own. The two developed quite the bond during their time together, and Sweet Pea was very affectionate towards her foster son. 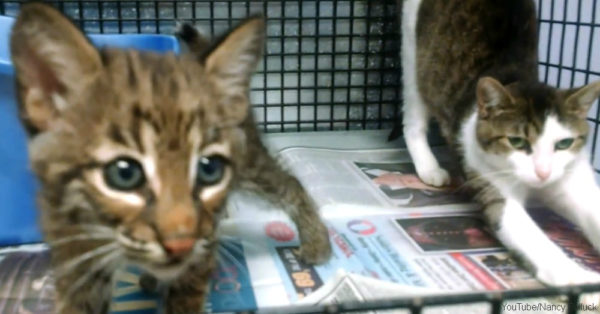 In July, Bob went to a wildlife rescue for the next stage of his life. There, he’s going to learn the skills he needs to survive in the wild, including how to hunt. He has a large wire cage, with prey placed inside frequently, and he no longer has any interactions with humans. The director of the May Wildlife Rehabilitation Center even plans to bring in another bobcat to show Bob the ropes. The plan is to set Bob free, back into the wild, in the spring of 2017. Bob isn’t the only bobcat who got help from a domesticated cat. Learn about this orphaned bobcat trio also adopted by a domestic nursing mother cat.