Shelters across the country struggle to meet the basic needs of the abandoned pets who come through their doors every day. Their dedicated caretakers do everything they can to help these poor little souls, but the fact is that shelters can be very frightening places for animals who have already been through an ordeal. Older designs are more suited to temporary storage than to keeping an animal physically and emotionally healthy. This can result in terrified cats hiding in exposed corners of small kennels stacked one above the other, and dogs anxiously and incessantly circling in noisy concrete pens.”

It doesn’t have to be this way.


It was a miracle that the Florida Keys SPCA building was unscathed. Irma was a category 5 hurricane with powerful winds, wreaking havoc across the state and leaving 6 million without power. Worse, flooding from the storm surge prompted mandatory evacuations and caused billions of dollars in damage. But everything outside the building had been swept away by the storm. What was left was a nightmare.

Thankfully, Rescue Rebuild was on the case. They couldn’t let the four-legged survivors of the hurricane be completely confined to their indoor runs, so they responded to the shelter en force, with volunteers, know-how, and supplies.

It’s wasn’t a cakewalk. No post-hole diggers were going to work here, the shelter was built on rock – nearly 100 holes each had to be dug with a 60-pound jackhammer. Then the posts were put up, and the chain link, and gates. It was worth the sweat, time, and exhaustion. Now the shelter is a whole new world. Rescue Rebuild also created enclosures for small animals, updated the storage, and put up a fresh coat of paint.

They also put up colorful partitions on each of the dog kennels to provide a bit of privacy and help dogs relax. This doesn’t sound vital, but dogs can become very stressed in a kennel situation, which leads not only to the uncontrolled din of endless barking, but also behavioral problems that can prevent adoption.

The build was a tremendous success, and as a result the Florida Keys SPCA is up and running, and adoption is again an option. It’s just one example of how a simple movement can change the world.

Learn more about how you can support the movement. 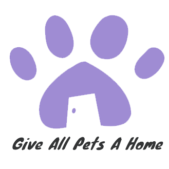 Give All Pets a Home!