The PURRFECT couple celebrated their love of animals in style!

Michele Bangsboll and Nick Anderson, two cat-loving veterinarians, tied the knot on March 25 in Larkspur, Colorado. What made their nuptials so cat-tastic were their two furry witnesses, rescue kittens Jeeves and Houdini. 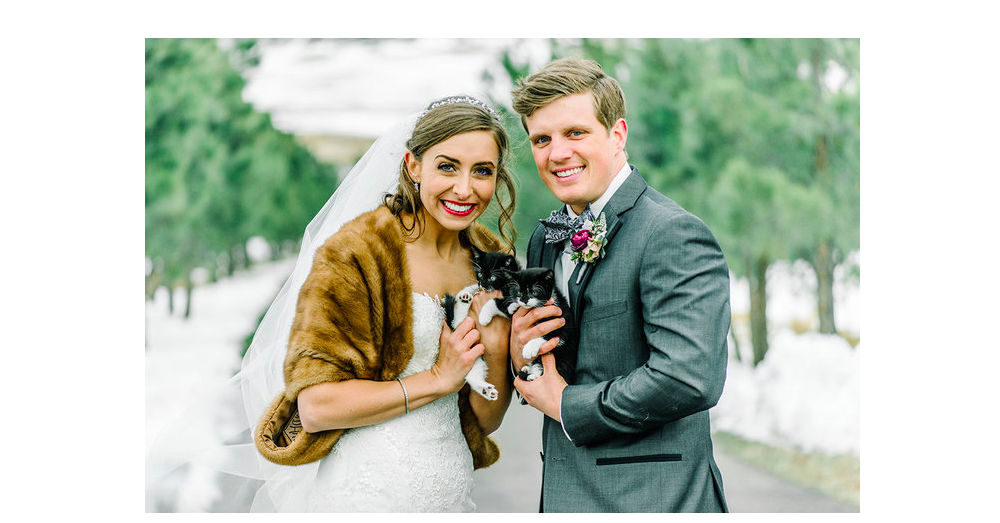 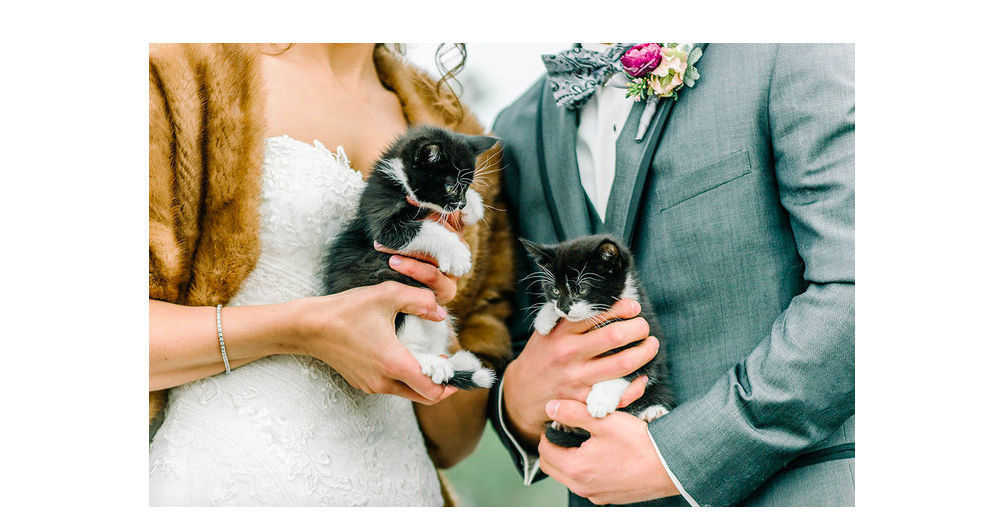 The tiny balls of fluff posed with the couple and the wedding party to show support for adoption. The kittens are rescues from Divine Feline in Denver, Colorado, where the couple volunteers their free time.

“We thought of the idea to help promote our volunteer organization by featuring some adorable adoptable kittens in our wedding photos,” Bangsdoll told The Huffington Post. “Nick and I have always adored cats, which is why we decided to volunteer with the Divine Feline and have them be a part of our special day.”

Jeeves and Houdini posed purrfectly with the blushing bride, who wore a FAUX FUR wrap, and the groom in his dapper suit. The kittens got lots of kisses and pets in between shots.

The best part was that the bride and groom were the only ones who knew about the kittens, so when they made their appearance, it definitely changed everyone’s mood.

“Everyone in the bridal party was freezing since we had been standing outside without jackets for a while and we told them all to wait for one more surprise and then we brought out the kittens,” Bangsdoll told HuffPost. “I think everyone’s voice jumped up an octave when they saw the cuteness overload and no one cared about being cold anymore. One of the groomsmen was even reluctant to go back inside when we were done with group photos because he wanted to hold them!” 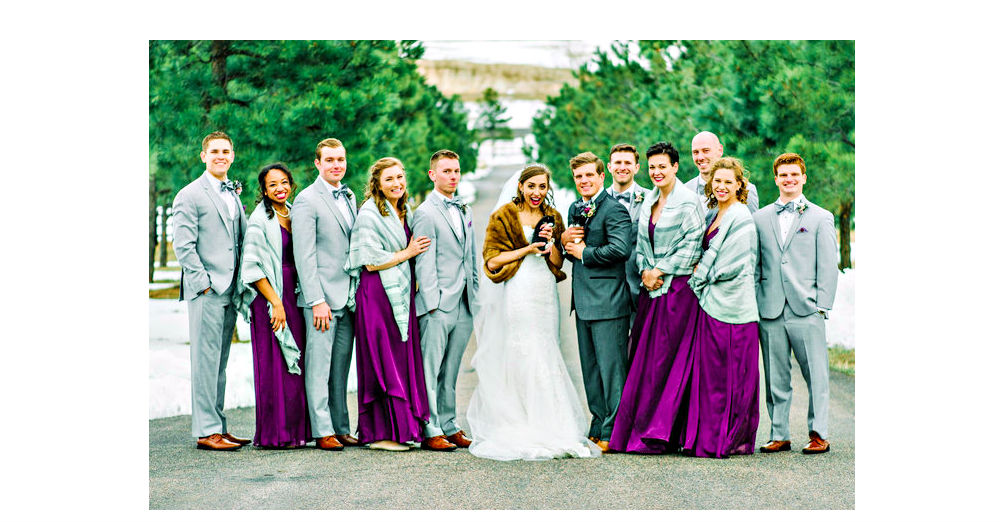 The veterinarian couple incorporated their love for animals into the rest of their wedding as well, with cat themed shoes, table names, and an animal lover’s cake topper. 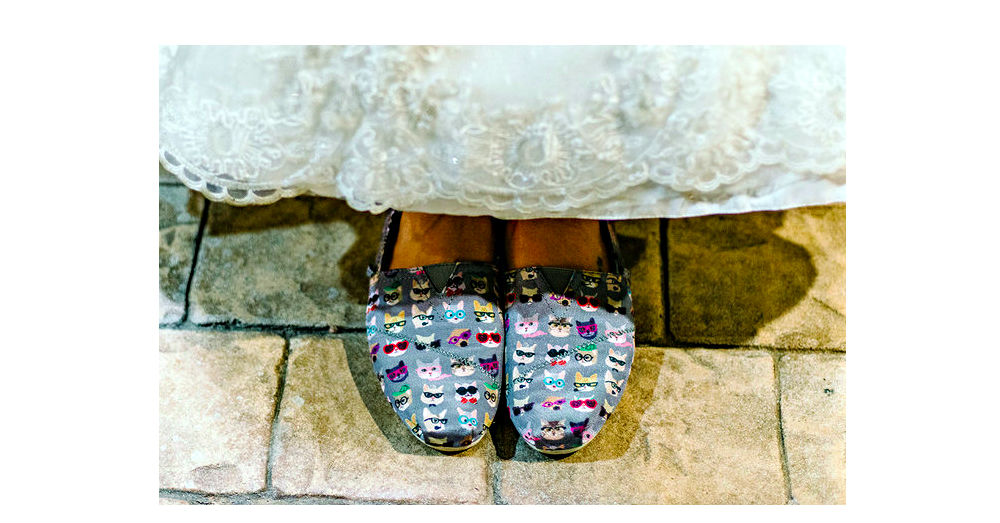 The couple met back in 2011 while they attended veterinary school together at St. Matthew’s University on Grand Cayman Island. They adopted two cats as soon as they moved in together, named Bam-Bam and Wiggles. 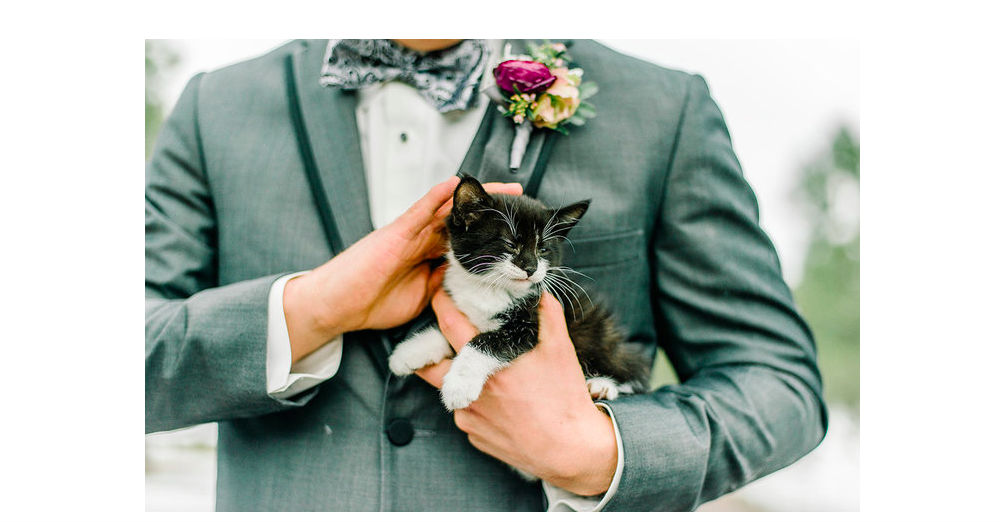