Mountaineers Race To Save St. Bernard In Need Of Rescue

St. Bernard’s may be famed rescue dogs, but one giant pup, Daisy, found herself in need of a rescue after collapsing on climbing England’s highest peak. The only problem, of course, was that the rescued dog’s 120-pound frame made Daisy far too big for her owners to move. 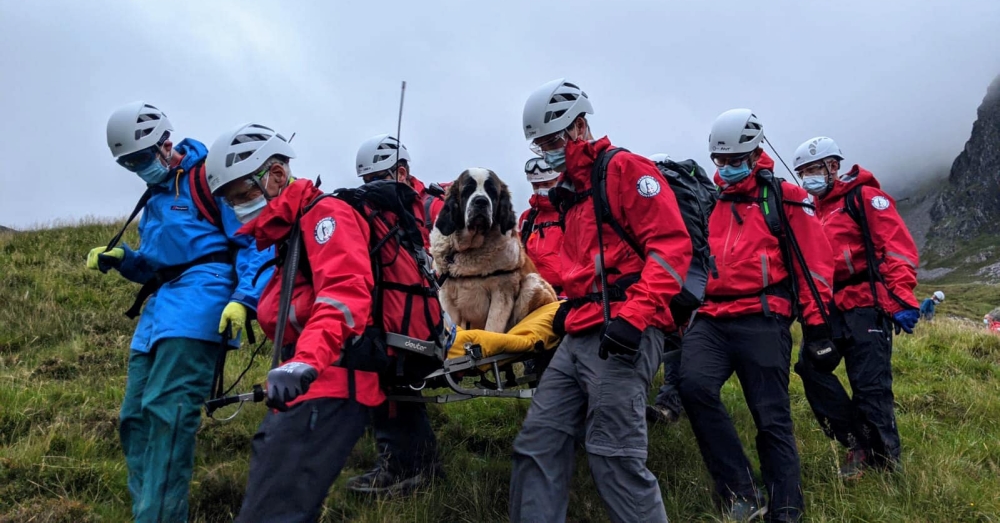 “Having team members with their own pampered pooches at home and also our very own much adored search dog Jess, we recognize the distress that both an animal can feel and also that of their owners,” rescuers wrote in a statement. “Our members didn’t need to think twice about mobilizing and deploying to help retrieve Daisy off England’s highest.” 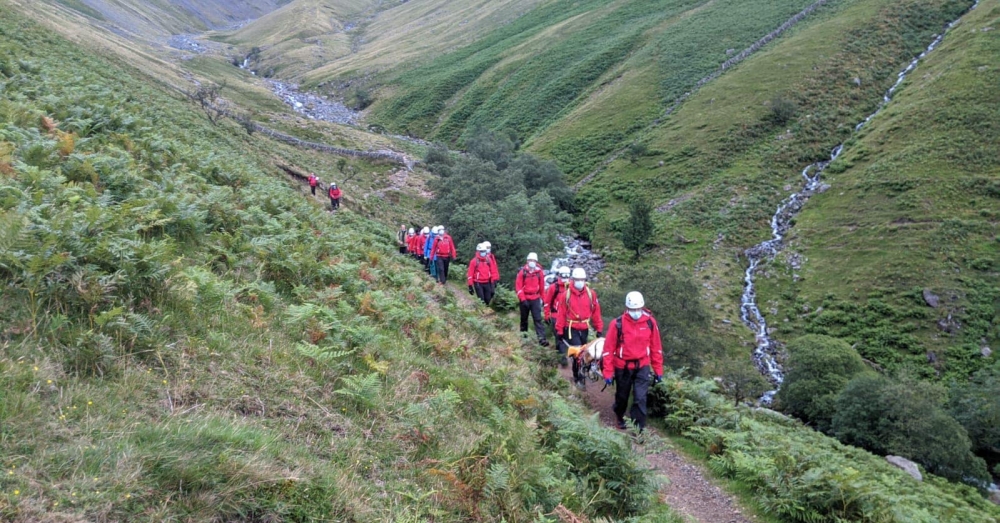 Rescuers, who consulted with a veterinarian to determine the best plan of action, brought a stretcher, pain medication, and plenty of dog treats to assist with this unique rescue mission.

“It had become quickly apparent that Daisy’s cooperation was going to be essential if we were to make progress,” rescuers wrote on Facebook. “Daisy made sure we knew that if she didn’t want to do something, she wasn’t going to do it.” 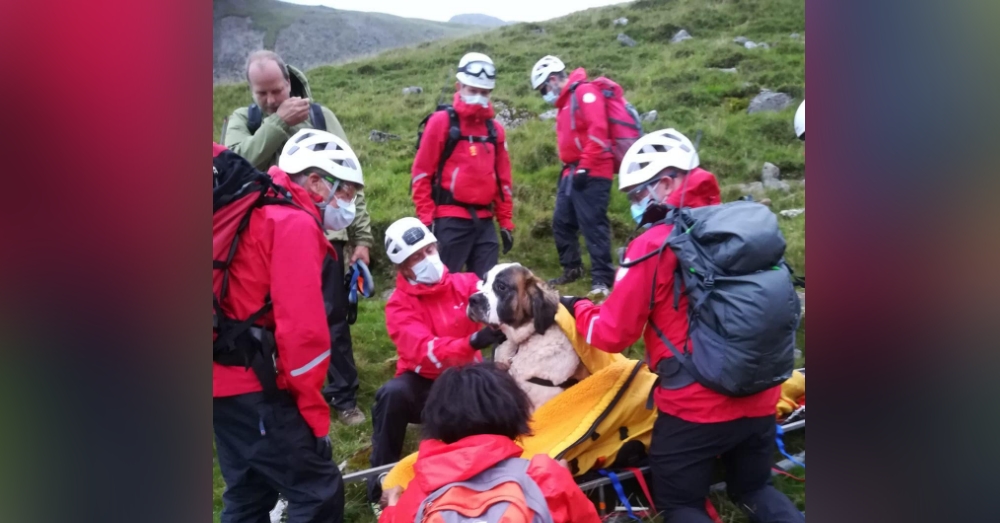 But once Daisy was finally ready to be moved, rescuers were able to safely, albeit slowly, transport the giant dog down from the mountain on a stretcher. Now Daisy is resting comfortably at home and, according to rescuers, more than embarrassed anything else about her little misadventure. 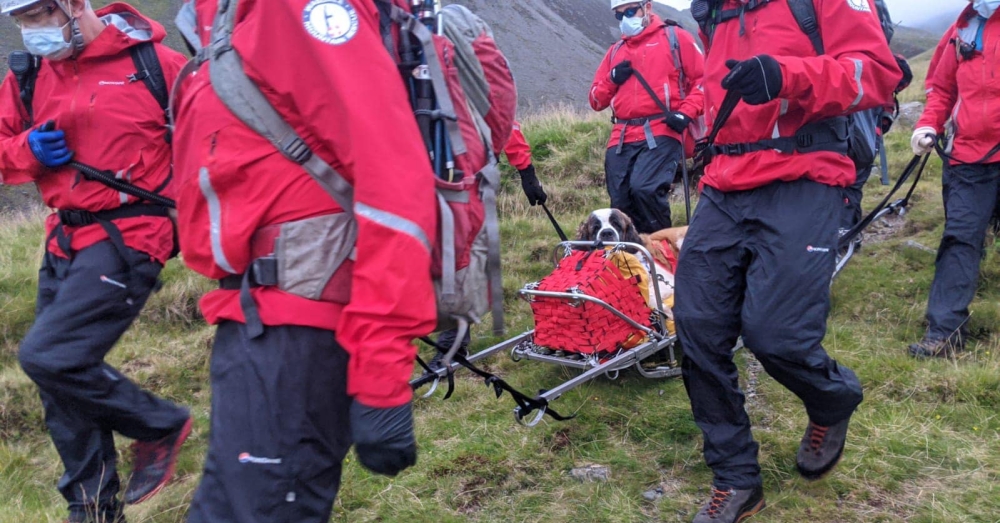 “The adorable Daisy who unfortunately had a hard start in life until she was “rescued” by her current owners a few months ago, has since been reported to have had a good night’s sleep, snoring a little louder than normal, but back to her usual high spirits this morning,” Wasdale Mountain Rescue Team reported. “She apparently feels a bit guilty and slightly embarrassed about letting down the image of her cousins bouncing across the Alpine snows with barrels of brandy around their necks.”

No worries, Daisy! We’re just glad you made it back safely to your new forever home.