Hurricane Florence tore through the Carolinas last week causing catastrophic flooding. The rising water claimed the lives of millions of farm animals. However, some fearless rescuers arrived just in time to rescue a cow struggling to keep her head above water.

Skylands Animal Sanctuary and Rescue, a farm animal rescue group based out of New Jersey, arrived to help rescue the abandoned farm animals in North Carolina. Mike Stura, the founder of the rescue, hopped in his truck and drove down to North Carolina with a team to help as many animals as possible. When they arrived they were told by a local woman, Caroline Byrd, about a beef cattle farm that was flooded. 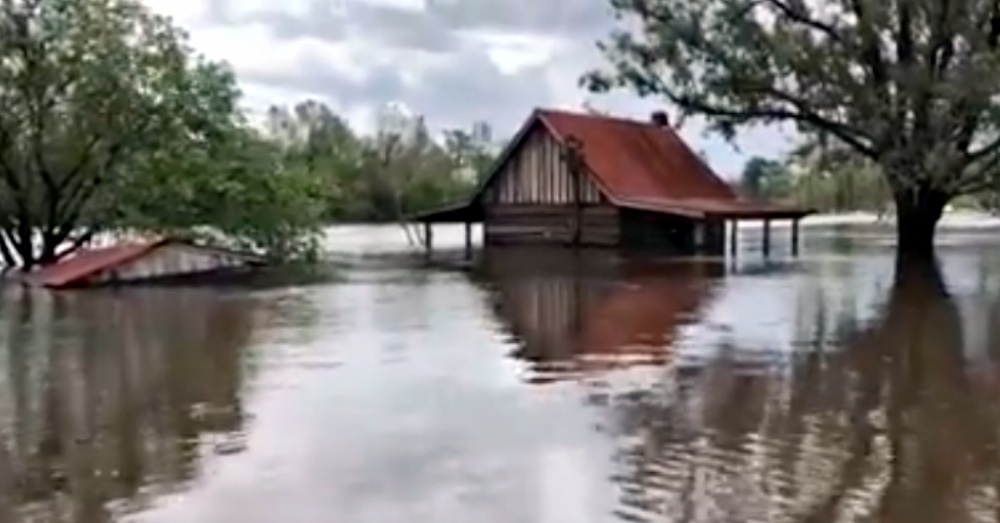 After traveling in a boat over a mile in floodwater, they reached the farm. The barn was completely submerged in water. Some of the cows were able to swim to the owner’s front porch, which was elevated high enough to escape the floodwater. However, next to the barn they saw a cow’s head bobbing and struggling to stay above the water. 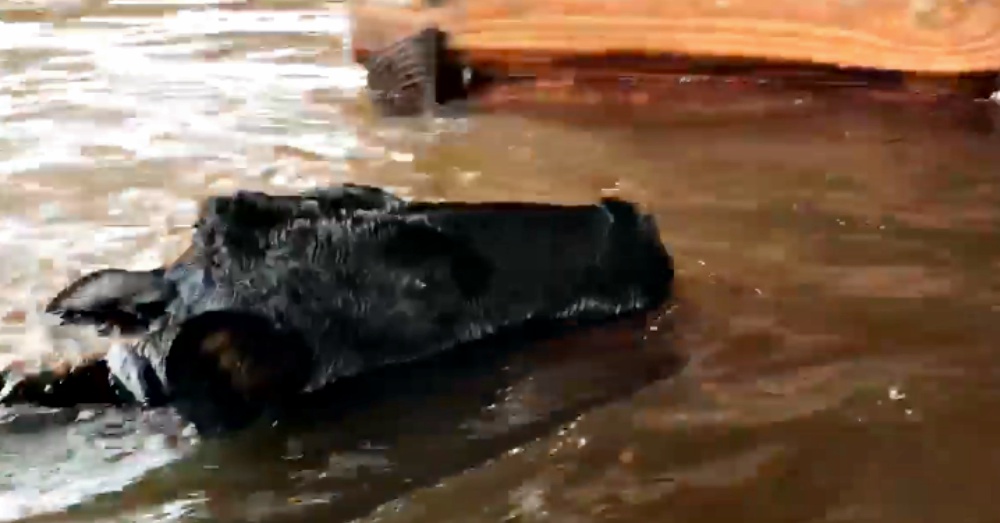 The owner of the property gave the rescuers permission to rescue and take the cow if they could save her. The team immediately took a rope and looped in around the cow’s head to help guide her to dry land. “To keep her head above the water, we latched her to the boat so we could bring her with us,” Stura tells The Dodo. However, the hardest part of the rescue was yet to come. The truck and trailer were located a mile away on dry land. The rescuers held onto the cow and gently towed her back.

On the way back the motor of the boat stopped working. “Luckily, a guy came with a jet ski and gave us a little tow,” Stura said. Once they reached dry land they faced another challenge. “The girl had lost so much energy from swimming, and she was running on pure adrenaline.” The cow was so exhausted from fighting for her life and staying afloat that she was unable to stand. The team hoisted her into the trailer. She was finally able to rest on the soft dry straw for her journey to her new home. 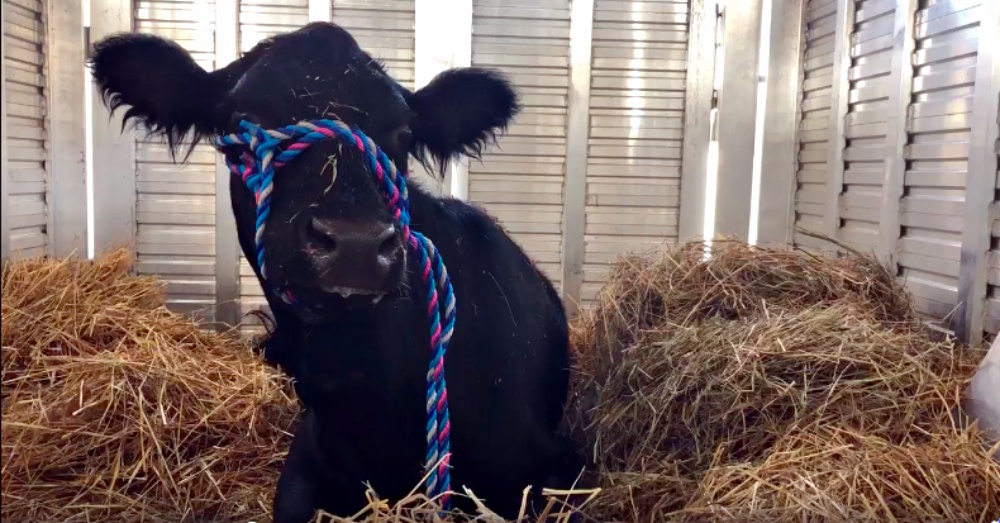 She was brought back to the rescue’s sanctuary to live with eighteen other cows. Since she was raised to be killed for meat, she had little human interaction. To prevent any further stress to Red, as she was later named, the team immediately released her into the herd of other rescued cows. “I pet her on the head and talked to her,” Stura said. “I can already see that her demeanor is starting to change a little bit, but I would say that it’s going to take a little work for her for sure. And that comfort will probably not come from me — it will come from the other animals. They’ll make her feel safe, and eventually, I believe they’ll make her feel that she can trust me because of my interaction with them.” 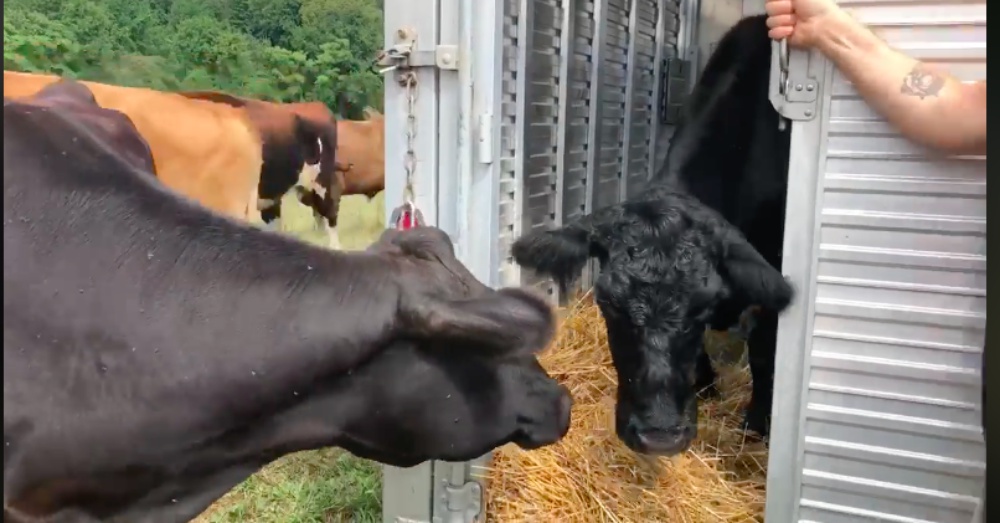 The rescue posted on Facebook, “New girl and hurricane Florence survivor, Red walks into the herd and goes right up to hurricane Harvey survivor, Babe.. Makes me wonder if they have somehow shared their experiences with each other, or if he reminds her of her now lost, former herd mates… Either way I hope they find comfort in each other’s company ❤️❤️ What they’ve experienced breaks my heart…” 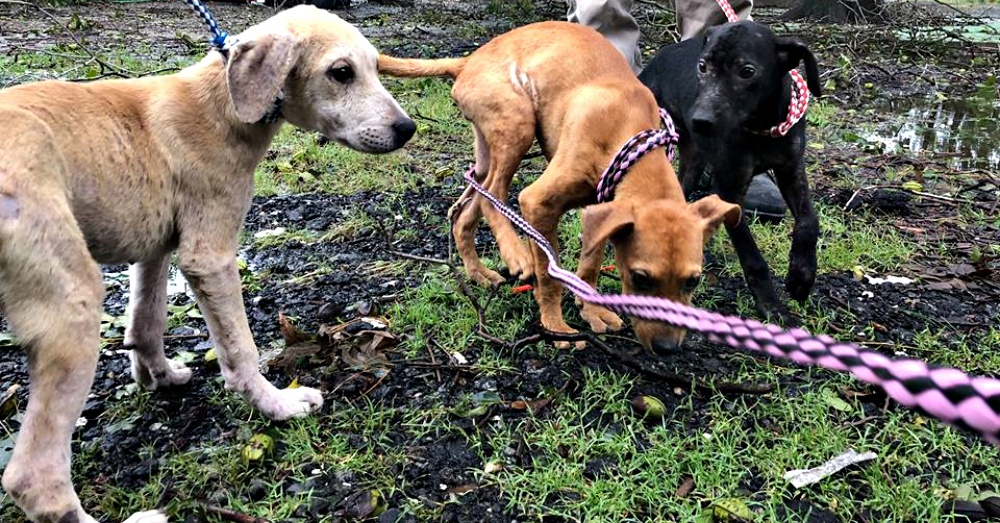 The team not only saved Red, but found three adorable puppies abandoned on the side of the road. Stura states, “They were emaciated and abandoned and shivering, and I pulled up by the road with the truck. I just stopped, and they came right up to me.”

Watch the video below of Stura comforting Red and telling her everything is going to be all right.

Thank you for being so selfless and helping animals in need!

Boatload Of Beagles Rescued Without A Second To Spare As Floods Continue To Rise In N.C.: Click “Next” below!