It’s important to keep your pet on a leash whenever you go near frozen water, especially when you aren’t sure if it’s completely frozen.

After an unwary owner left his dog off a leash in Saskatchewan, Canada, it ran toward a partially frozen creek and ended up falling through the ice.

The dog was in danger of freezing to death in the cold water, so the local fire department had little time to respond. 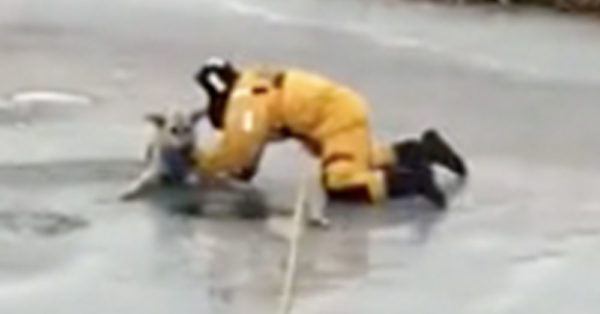 The Swift Current Fire Department sent its brave firefighters to rescue the pup before it became a pupsicle. When they arrived, the dog was just barely able to keep its paws on solid ice. The video the fire department captured shows a courageous firefighter easing himself out onto the ice and to the shivering dog, tethered by a rope held by his crew.

But, just as he was able to pull the animal out of the hole, the ice broke again, this time dropping the firefighter into the water. 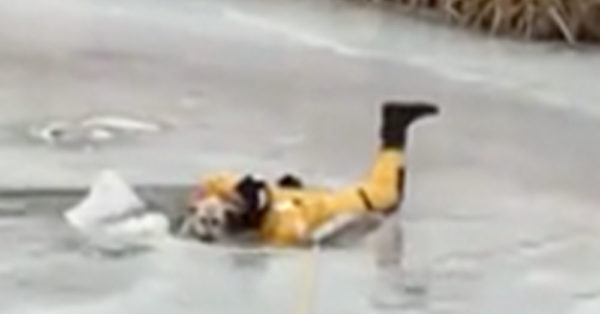 He righted himself and maintained control of the dog, this time trying to distribute his weight so as not to break the ice further.

As the dog was brought out of the water, the crew of firefighters pulled the pup and their team member closer to land by the rope. 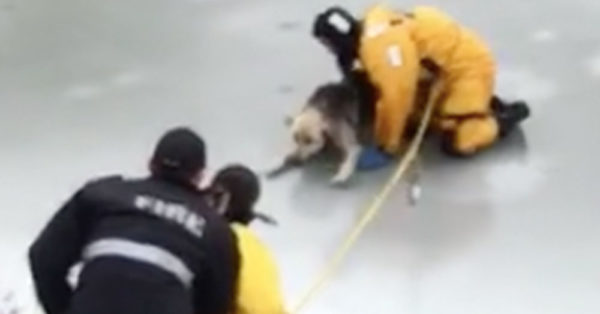 “Come on!” the crew shouted in support.

A slow and steady pull brought the dog and firefighter back to shore. Wet, weak, and nearly frozen to the bone, the dog was eager to climb the hill to his owner. 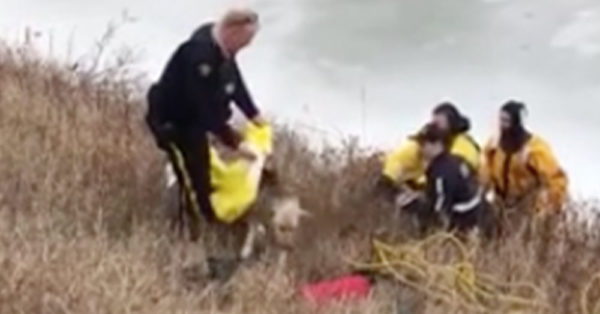 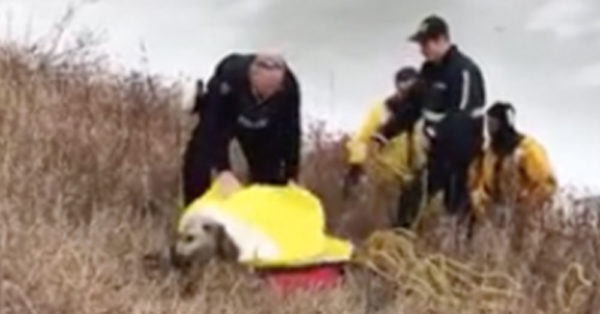 Safety is important when you take your pet outdoors. Click the button below for a few tips on how to enjoy winter safely and responsibly and have fun with your pet at the same time!