Both culturally and politically, the world’s stance on marijuana has been slowly tipping toward approval. A number of states have decriminalized the plant and its byproducts, with an understanding that it provides measurable health benefits and can aid the ill and injured.

Some people even give it to their dogs. Certified animal behavioral consultant Darlene Arden told BuzzFeed News that the results are most often positive, i.e. a dozy dog warming up the couch.

Most of the research recorded on this topic relates to the effects of marijuana on dogs. Realistically, a cat may find very similar results. 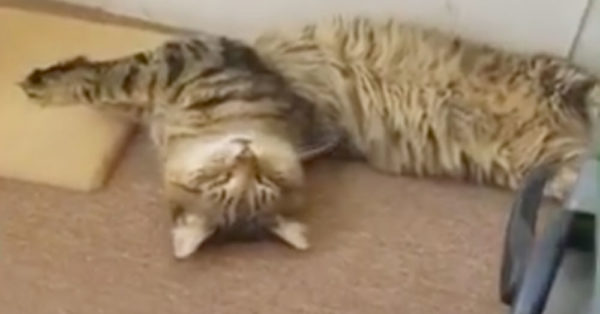 That’s actually just what happened when a woman in Massachusetts put her pot plants out to soak up some extra sun. Finding the earthy aroma more alluring than the catnip they were used to, her cats helped themselves to the cannabinoid-laced buds and soon fell into a higher state of consciousness.

Or, at least, fell under the table. 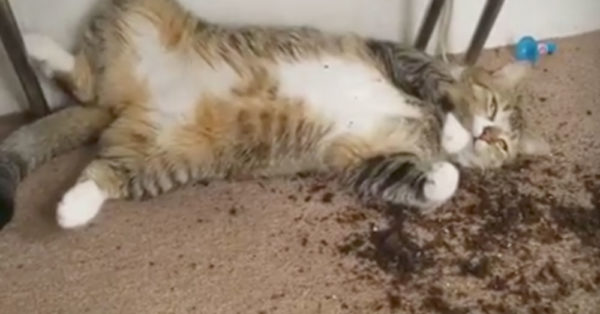 Those who live in states where marijuana has been legalized, and even in those where it hasn’t been, may already see new products appearing in the shelves, claiming to offer some cannabis-based benefit. According to Boulder Holistic Vet, products with less than .3 percent THC (the active ingredient in many marijuana byproducts) are legal in all 50 states.

Dr. Angie Krause, DVM, maintains that CBD oil, another substance derived from marijuana, can provide health benefits without the mental fogginess of THC and is effective in easing a number of cat conditions, including but not limited to: 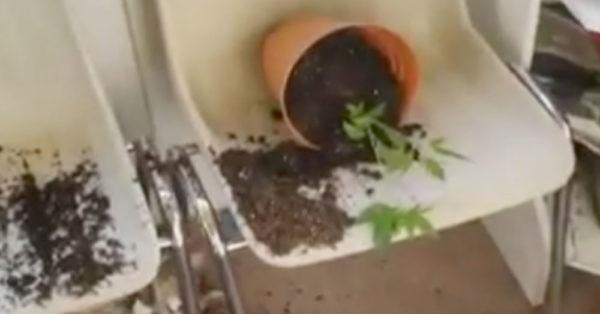 No cats have ever been reported as killed by an overdose of marijuana, but a number of them have no doubt become overly complacent. Case in point, the plight of the indoor gardener from Massachusetts.

After cleaning up the mess in her sun room, she likely set out a full bowl of kibble.

If you do have questions about your cat and marijuana, it’s always best to ask your veterinarian. And if you have plants in the house, keep them safe from your curious kitties! 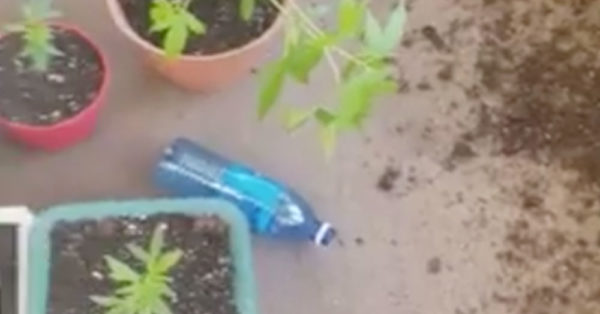 In the meantime, see how this cat is spending the rest of his day.

Using substances like THC and CBD can be helpful for animals, when administered properly, but the drug and substance testing that goes on in cosmetics factories across the U.S. is unspeakably worse.

Alternatives to animal testing already exist: Humane and safe cosmetics can be made using thousands of existing ingredients, and several non-animal safety tests are already available for new ingredients. Click the button below to join the growing number of people supporting the Humane Cosmetics Act!

Animals in the U.S. continue to suffer and die in experiments to test cosmetics like lipstick, deodorant and shampoo. The Humane Cosmetics Act, sponsored by U.S. Reps. Martha McSally (R-AZ), Don Beyer (D-VA), Ed Royce (R-CA), and Tony Cárdenas (D-CA), will put an end to this unnecessary cruelty by prohibiting animal testing for all cosmetic products manufactured or sold in the U.S.
Urge your U.S. Representative to support the Humane Cosmetics Act
Make a difference!