People become heroes when they risk their lives to save an animal or person in need. To us, there is no better kind of hero than an animal rescuer.

A man in Bangkok, Thailand, who was not the strongest swimmer, cast his fears aside when he removed his shirt and leaped into a polluted river for a stranded kitten. The man saw the white cat fall into the dirty water and he immediately reacted. 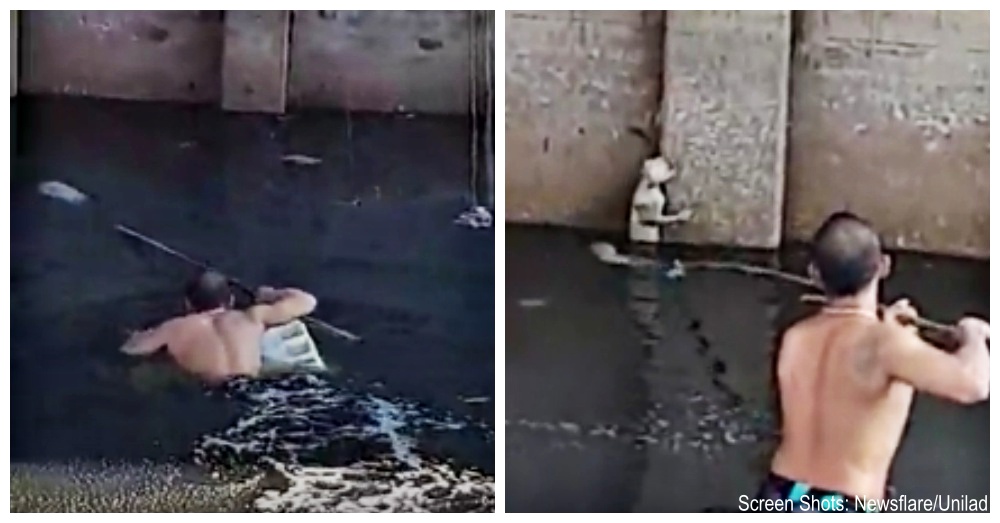 The frightened feline tried to climb up the concrete wall, but it was too slippery. It clung to the cement column and meowed as loud as it could for someone to help.

Onlookers who heard the cat’s cries – but were too afraid to leap into the water – watched with amazement at one man’s bravery.

The man grabbed a polystyrene box to use as a floating device over the deepest part of the river. Luckily, the man had a fishing net with him that he brought in the river to use to capture the kitten. Once he reached the kitten, the meowing amplified. After a few attempts, the man was able to get the soaked kitten into the net.

He handed the net and kitten to a neighbor that was standing on a deck above the river. Rimklong Sammakkhi, 37, filmed the entire rescue, calling the man a ‘hero’.

The beautiful white cat has since been adopted by one of the residents.