Canadian winters usually consist of a lot of snow and cold temperatures. This year, the snow is coming down fast with 6-10 feet accumulating in just weeks.

A group of people looking to escape into the country and snowmobile did not expect to encounter a moose. However, they saw a huge head in the freshly fallen white snow and went over to help.

One of the rescuers, Jonathan Anstey, of Sledcore snowmobiling in Newfoundland, states, “You could tell he was frantically trying to get out of the hole that he had himself in.” He goes on to say, “It’s an up to 1,000-pound animal and they can do quite some damage, but considering his back legs were down in the mud hole we knew he couldn’t get out quickly and bust out to trample us.” 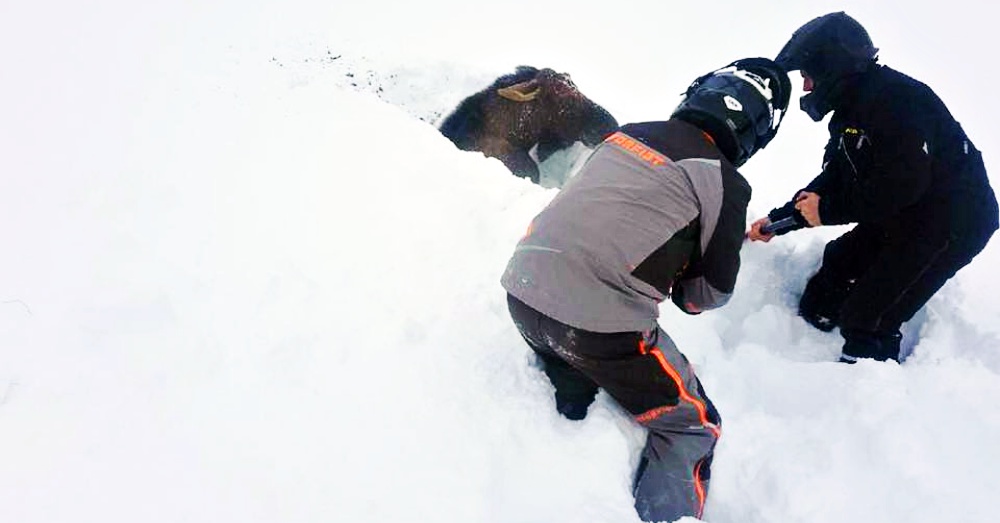 The moose had fallen in a bog hole. It was hard to tell how long the moose was stuck. All they saw was the head, so they started to dig out the moose. 15 minutes later, the moose was uncovered and seemed unharmed. He walked off after glancing back as a thank you.

Thank you to these kind-hearted people for taking a moment to help.

Watch the complete rescue below.

Source: Moose rescued from deep snow in Newfoundland by ReutersNews on Rumble

Check out this other amazing moose rescue story.
Read More!