Fred, resident dog at Mountfitchet Castle in Stansted, UK, took on a new role of foster parent. Fred is a 10-year-old labrador retriever known as a loyal and friendly pup. Aside from the usual meet and greet, he is now teaching nine ducklings how to survive.

The ducklings were found wandering aimlessly around the castle with no mother in sight. Fred strolled over to the ducklings and immediately took on the role of guardian. The ducklings returned the instant liking, and now follow Fred all over the grounds. 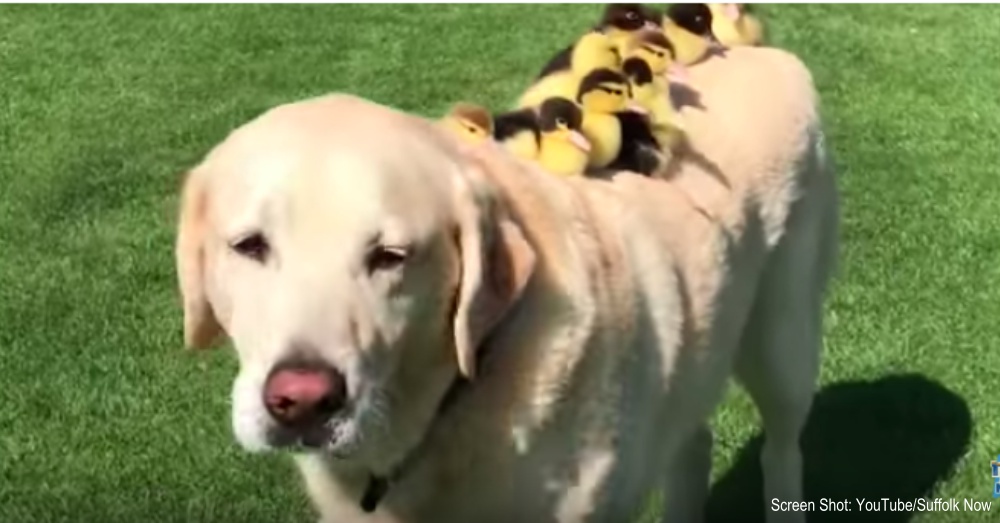 A typical day consists of all nine ducklings hitching a ride on the back of Fred. He will take them down to the moat for a swim, just like a mother duck would do. His instincts are on point. Other times you will see the ducklings and Fred napping on the lawn in the sun.

Wherever Fred is, the ducklings are right behind. Although this is an unlikely situation, Fred has taken on his new role with great pride and is doing an amazing job.

The video has gone viral and will make your day. Watch it below.