Losing a child is something that no parent should have to endure, whether they are two or four-legged.

Elephants possess the same emotions and tight family bonds of humans. Years of research has shown that elephants experience emotions like humans – seldom seen in animals. They are a close-knit family, grieve, and care for their young in the same ways we do. Other animal species are quick to leave their young, but not elephants. The strong bond between a mother and child is seen in this sad story.

A heartbreaking scene was captured in the village of Tumkur, India. An elephant mother is seen trying to revive the body of her dead elephant calf. She relentlessly uses her trunk to move the calf’s limp body and refuses to give up. The body of the calf is tossed from side to side, as the mother tries to revive her child. 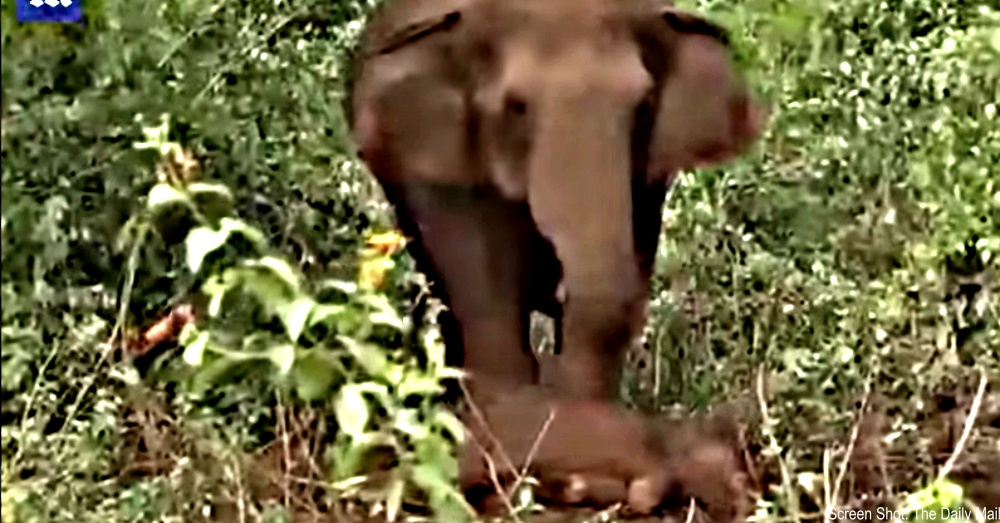 The mother continued to try for over a day, with no success. Even when villagers and forest officials used fireworks and loud noises to try and scare her off, she stayed by her child’s side. The remaining herd, twelve other elephants, were nearby mourning the loss of the calf.

Reluctantly, the mother left her calf and went to her herd to be consoled and mourn the loss of her baby. However, the herd remains close to the calf to mourn. Forest officials are waiting for them to move on before they can examine the body to find the cause of death.

The officials are allowing the elephants to mourn and grieve before they remove the body. Sivaram Babu, Deputy Conservator of Forests, told The Hindu, “If we make an effort to take away the carcass, the herd may go violent. We will wait till the herd leaves the place.”

“The mother of a dead calf (whether at birth or later on in its life) shows her grief through her physical disposition. Her eyes are sunken and her ears drooping, her mood is visibly miserable,” reports Elephants Forever.

Watch the heart-wrenching video below.