No one likes waiting around at airports.

For one special service dog at the Tampa International Airport, waiting just wasn’t an option. Eleanor Rigby, a 2-year-old Labrador, went into labor while waiting for a flight with her handler, Diane Vanatter.

Elli gave birth to puppies in the main terminal while Vanatter and many others looked on. She wasn’t on her own, of course. Tampa Fire Rescue lent a hand in delivering the new pups.

There were eight in all.

According to Today, a nurse in the crowd was able to help before the fire department arrived. She delivered five of the puppies, and then boarded an outbound flight. Soon after, Lt. Natalie Brown arrived on the scene. 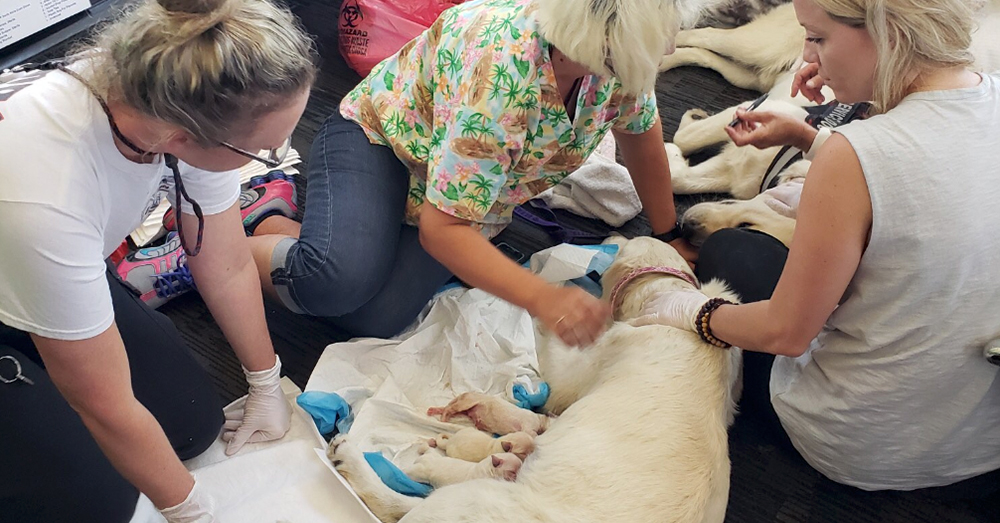 “My partner and I jumped in the rescue car. By the time we got to the air site, two puppies had already been born,” Brown told Today. “I got my (obstetrics and gynecology) kit. I wanted to move the dog to a quieter area, but the owner was concerned about moving her so I said, ‘No problem.’ It was an incredible moment.”

Over the course of four hours, Elli eventually gave birth to 7 males and one female. Nearby, Golden Nugget, the father of the puppies, was as thrilled as can be.

The same goes for everyone else waiting at the airport.