A dog chasing a cat rarely involves a giant tortoise. Usually the chase leads to the cat getting away or a fight. However, in the backyard of a home in Chandler, Arizona, a cat chase by Rubin, the schnauzer dog, led to him being trapped in another animal’s tunnel.

According to Rumble, Rubin chased the cat into the tunnel that was made by another pet, Scully the tortoise.

Tortoise burrows can be as deep as 10 feet and 40 feet long! Defender of Wildlife states, “Other species that use the gopher tortoise burrows are called commensals, and they include nearly 400 mammals, birds, reptiles, amphibians and insects, such as the eastern indigo snake, Florida mouse, gopher frog, burrowing owl, and gopher cricket.” 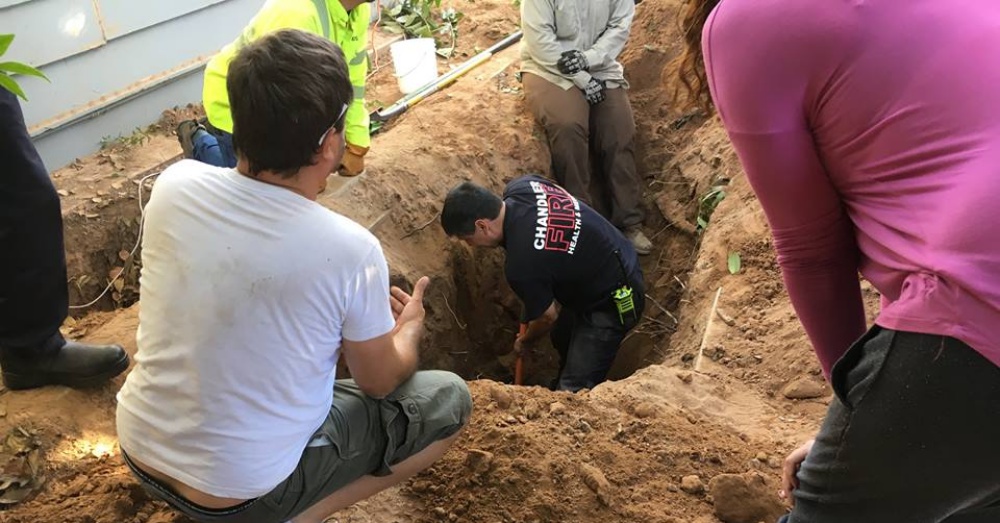 Once he successfully chased the cat into the tunnel, Rubin was stuck and could not get out. Toby Passmore, Rubin’s owner, called for help. When the Chandler firefighters arrived, they started with shovels but soon realized that more was needed. A city backhoe was brought in to dig five feet into the ground to expose the tunnel built by Scully. After four hours, they reached the tunnel and had a hole big enough to perform the rescue.

Passmore then proceeded into the hole, with the help of the firefighters, to rescue Rubin. The firefighters held Passmore’s ankles, and he reached his hand into the hole to grab Rubin. Finally, he was able to reach the dog and pull him to safety. Watch the rescue below!

Once Rubin was rescued, he shook off the extra dirt and ran off to another adventure unharmed. The cat thought it would play it safe and wait to leave the tunnel on its own. Passmore left the tunnel uncovered so the cat could escape.

Passmore and Rubin showed their appreciation to the firefighters by making a generous truckload of toy donations to their Holiday Toy Drive. 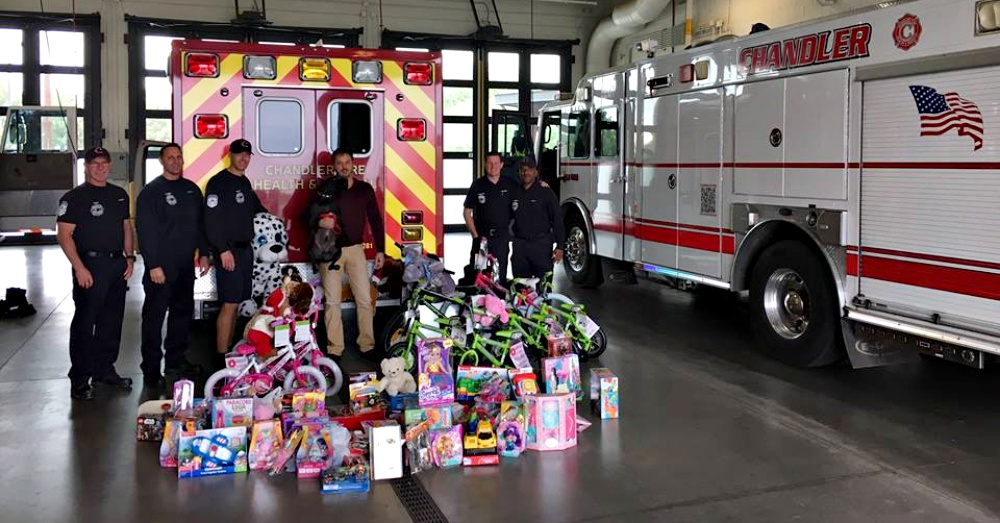 Dogs and cats will always find a way to get into trouble. We love their sense of adventure!

Reward your wild-at-heart dog or cat with a Rescue Box and help an animal in need too.