Summer is here and so are the hot temperatures. Sometimes the only way to cool off is to jump in a fountain of cold water. Well – that is what one adorable dog did on a hot day.

An exuberant black and white dog could not resist the cool water flowing from a fountain in the town of Riosucio, Columbia. A crowd gathered around, including school children, to watch the dog frolic in the water. Encouraged with laughter from the crowd, the dog continued to leap in and out of the fountain. The dog was having the time of his life.


He would leap in the air and try to catch the water spraying out of the fountain’s center, before plummeting into the cool water. The dog showed off his agility by walking on his hind legs in the water. He was relentless at trying to catch the cascading water.

His cheerful energy was contagious and people were heard laughing at the dog’s antics. After successfully jumping in and out of the fountain a few times, he looked around and let out a bark. It was as if he was saying, “Watch this”. Then he proceeds to leap in once again. 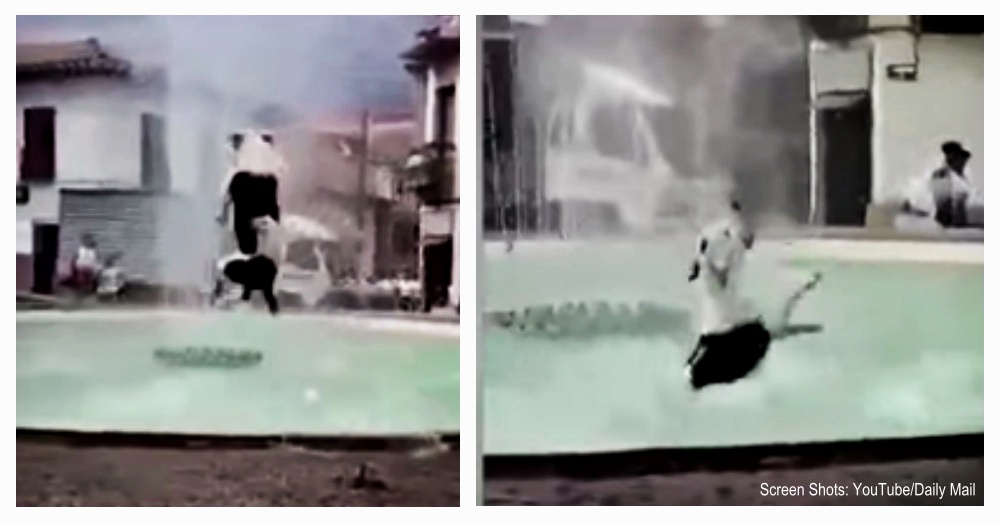 Dogs teach us how to enjoy the simple things in life, like a fountain.

Watch the dog leap into the fountain again and again in the viral video below.