Though his title may sound a little ruff, names aren’t everything. Chopper the Bike dog has an important job of comforting those who have served their community well.

In some cases, that means putting themselves in the line of fire.

San Diego Police Department officer Francisco Roman was in the hospital recovering from a shootout when he got a visit from this special dog. Chopper is known for visiting police and firefighters who have been injured while on duty. The Boston Terrier arrived on a Harley Davidson, as usual, and was soon welcomed by hospital staff and the recovering officer.

According to NBC Los Angeles, just a short time prior, Roman and fellow Officer Dan Bihum entered the home of a suspect dressed in body armor, who immediately opened fire on the police and San Diego Fire-Rescue Department firefighters.

Roman and Bihum escaped the scene with help from SWAT team members. Meanwhile, the suspect died in the firefight, though it’s unknown if his death was self-inflicted or from a police officer’s bullet. 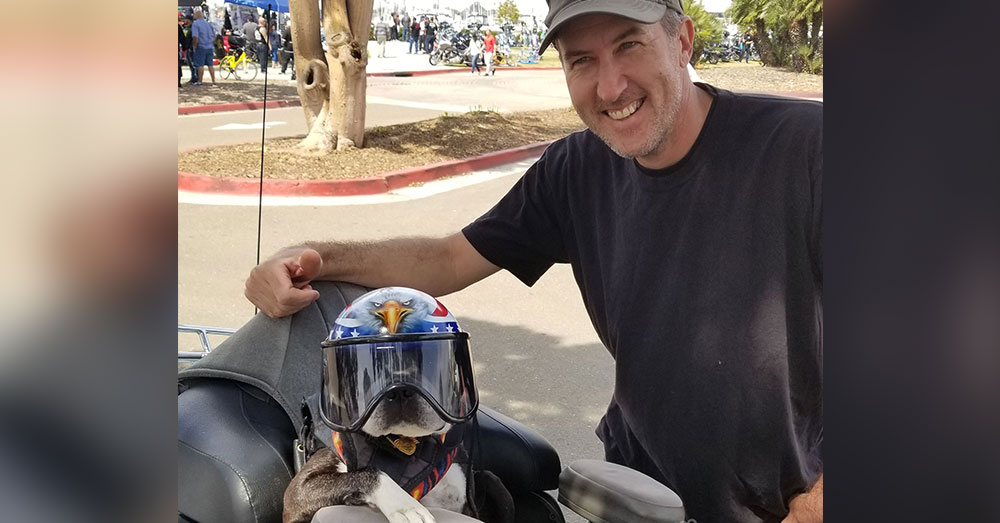 Back at the hospital, both officers were able to make a full recovery. Bihum was released after 24 hours, but perhaps he would have stayed a little longer knowing who was on his way over.

It’s an honor to get an ‘attaboy from San Diego Mayor Kevin Faulconer, but Chopper’s arrival brought an even brighter smile to the recovering Roman.