Ever Wonder How A Pair Of Canadian Fishermen Could Make You Cry?

A mother moose separated from her calf was left with few options and pacing in desperation when some Canadian fishermen happened to float by.

The calf had fallen off an embankment and into a lake near Field, Ontario. The video below shows the worrisome moose in a hurry to get her calf back as the fishermen approach.

“We started looking around where the noise was coming from, and we spotted a baby moose struggling to get on the land, so we decided it was best to let nature take its course by letting the momma help its young,” the fisherman behind the camera wrote. “An hour later, we went back to see the progress, and the momma was nowhere to be found, but the baby moose was still whimpering and struggling to get on shore.” 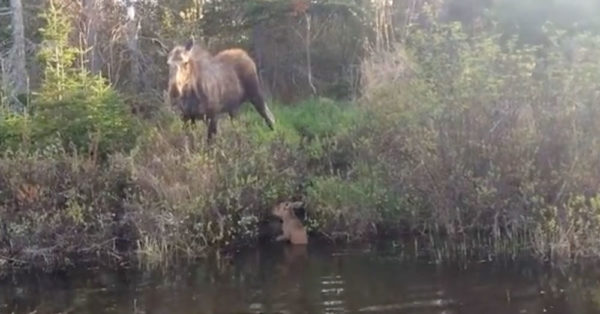 Of course, they weren’t about to leave the calf struggling. The kind Canadians knew just what they had to do and helped the calf to some Ontarion riparian hospitality.

“We noticed that the calf was extremely exhausted, because the calf started to blow bubbles out of its nose,” the man wrote. “At that time, we figured it was safe to help.” 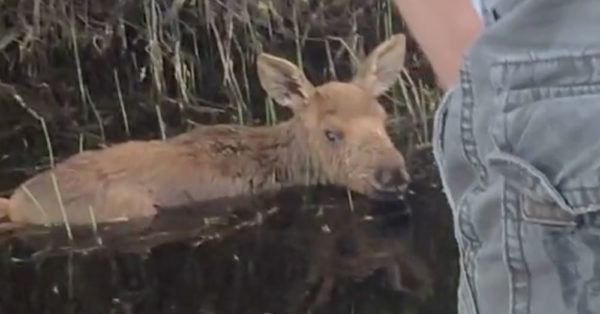 It didn’t take long to hoist the young calf out of the water and into the fishing boat. From there, the animal was released into the forest and back to its mother. 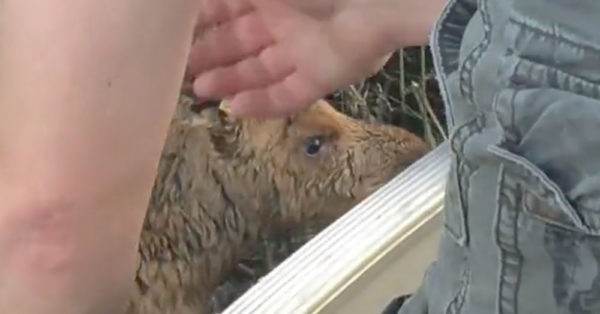 While she was no doubt thankful, the mother moose didn’t approach the fishermen to express her gratitude.

We can imagine what she’s thinking though. 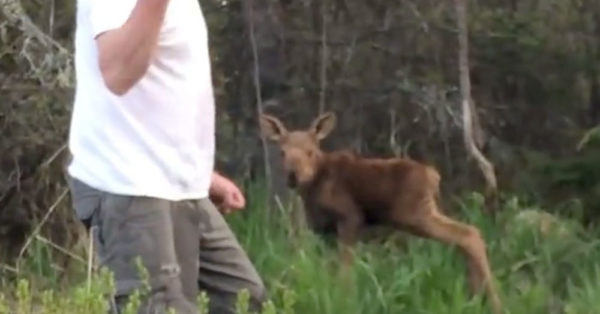 Watch the heartwarming rescue below!

Environmental protections that affect the habitat of incredible animals like these are under attack in the United States, and we could lose these creatures to extinction if something is not done soon. At this pivotal time in our nation, we must send a message to the new administration — we are a strong and powerful American movement.

Click the button below to raise your voice and make a difference!

We care deeply about animal welfare and will fight against harmful policies that could roll back recent progress, including protections for endangered wolves in the Great Lakes and for wolves and other predators on federal lands in Alaska; the bans on horse slaughter and horse soring; federal, state and local laws on animal welfare and agriculture; and more.
Please send a message to the White House to let the new administration know that you care about animals and to urge them to protect animal welfare.
Make a difference