A man pulls up in a truck to a local shelter in Tennessee, but what happened next will break your heart.

He exits the vehicle and goes to the bed of the truck to get an off-leash blue heeler dog. When he goes to the door, he realizes that Hawkins County Humane Society is temporarily closed for quarantine. The man heads back to his truck with his dog clinging to his leg. He ruthlessly swats the dog off his leg and gets back into his truck, leaving the dog behind.

The heartbreaking scene was captured on surveillance cameras outside the shelter. 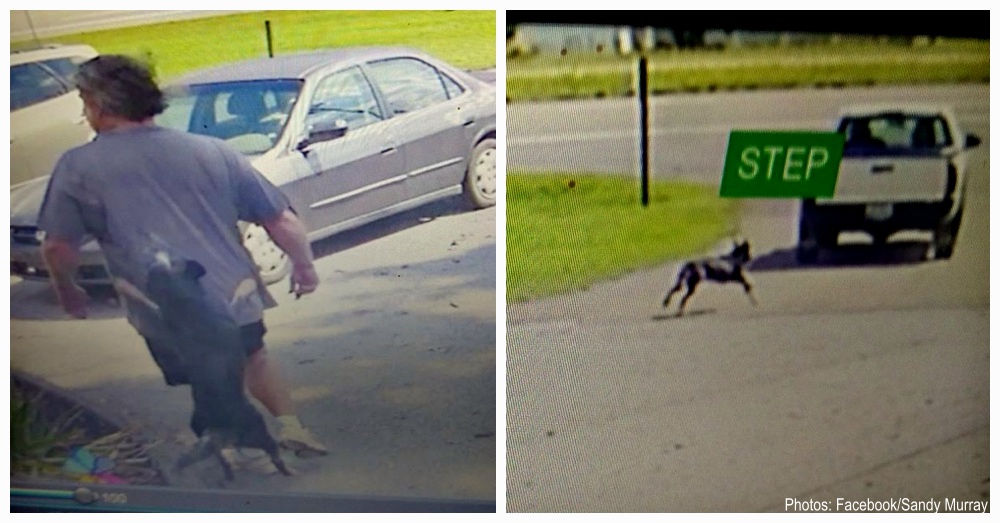 The abandoned dog refuses to give up and takes off at full speed after the truck as it pulls away. The loyal dog follows the truck onto a busy highway, just trying to get back to his owner. Thankfully, a few staff members were at the shelter and saw the dog take off running. They ran outside to help and that is when they noticed the dog heading for the highway.

Immediately, they chased after the dog to save him and bring him back to the shelter. The two-year-old dog was caught just in time. The shelter’s manager, Sandy Behnke, told The Times News, “Apparently the dog loved him. He didn’t deserve it.”

Another staff member, Joseph Cadorette, recalls, “He gets out of his truck and walks to the back. He’s got a fiberglass cover on the bed of his truck and he unlocks it, pulls the dog out.” He goes on to say, “We noticed a vehicle pulling out with a dog chasing it and our staff members went out to chase him. He was running down Highway 11. He almost got hit by four or five cars before we got him back in the parking lot.”

The staff named the dog Rawhide. He will be neutered and given the necessary shots before he is available for adoption. “You have to treat animals just as good as a human being, I mean they got feelings too.” Everyone is hoping that a loving family will come to adopt Rawhide and show him the love he deserves.


The shelter posted on Facebook that the man who abandoned Rawhide sent them an email defending himself. The email claimed that the man rescued Rawhide off the street, and brought him to the shelter when he became aggressive towards his small dog.

“The dog was in more danger where it was with exposure to starvation, other dogs, vehicular traffic and coyotes. The dog was brought to the shelter during working hours with the understanding it would be admitted. When it was not, the false impression was given that the man had abandoned his own dog rather than trying to rescue a stray.”

The email continued with, “The man wanted to assure others he loves dogs as much as they do, understood their response, and said he didn’t mind being thought of temporarily as the bad guy since in the end it helped get the dog adopted, which was the goal in the first place.”

The shelter has received multiple requests to adopt the adorable Rawhide. Thank you to everyone who stepped up to help save this loyal dog.

Watch the heart-wrenching moment Rawhide tries to run after his owner in the video below.