All This Kitten Wanted Was To Make His Major League Debut!

Everyone knows that baseball is America’s pastime. It’s been called that since before Major League Baseball was even envisioned. However, this year seems to be the year that phrase might change. Apparently, cats have decided they need to put their mark on the great American sport. In April, during a game between the Atlanta Braves and Florida Marlins, a cat took to the field and ran amok, prompting an excited reaction from fans, players, and even the announcers. Don Cattingly later made another appearance and was caught and promptly adopted. Now, another feline is grabbing everyone’s attention after making his big-league debut!

During an inter-league game between the Kansas City Royals and the St. Louis Cardinals on August 10th, a tiny tuft of grey fur barreled across the field, stealing the attention of fans and players (luckily for the Royals, he didn’t steal any bases), and earning himself the name “Rally Cat.”

The adorable distraction was gathered up by stadium employee Lucas Hackmann, who safely whisked the cat to safety, suffering only a few minor scratches on his arms in the process. The Cardinals won the game, a fact some fans attributed to Rally Cat (although no players would confirm or deny that), and earned Rally Cat a place on the Cardinals’ Twitter account. They even changed the account’s banner to a picture of Rally running the field!

We are feline pretty good! Remember the last time we had a rally animal? #RallyCat pic.twitter.com/mzOAhelqLw

His appearance won over a lot of hearts, but after the game, he managed to slip away from the staff and escape. Rally was thought to be gone for good, a fact that upset a many Cardinal fans. The reaction to Rally’s disappearance inspired the staff at St. Louis Feral Cat Outreach (SLFCO) to head out and find Rally. 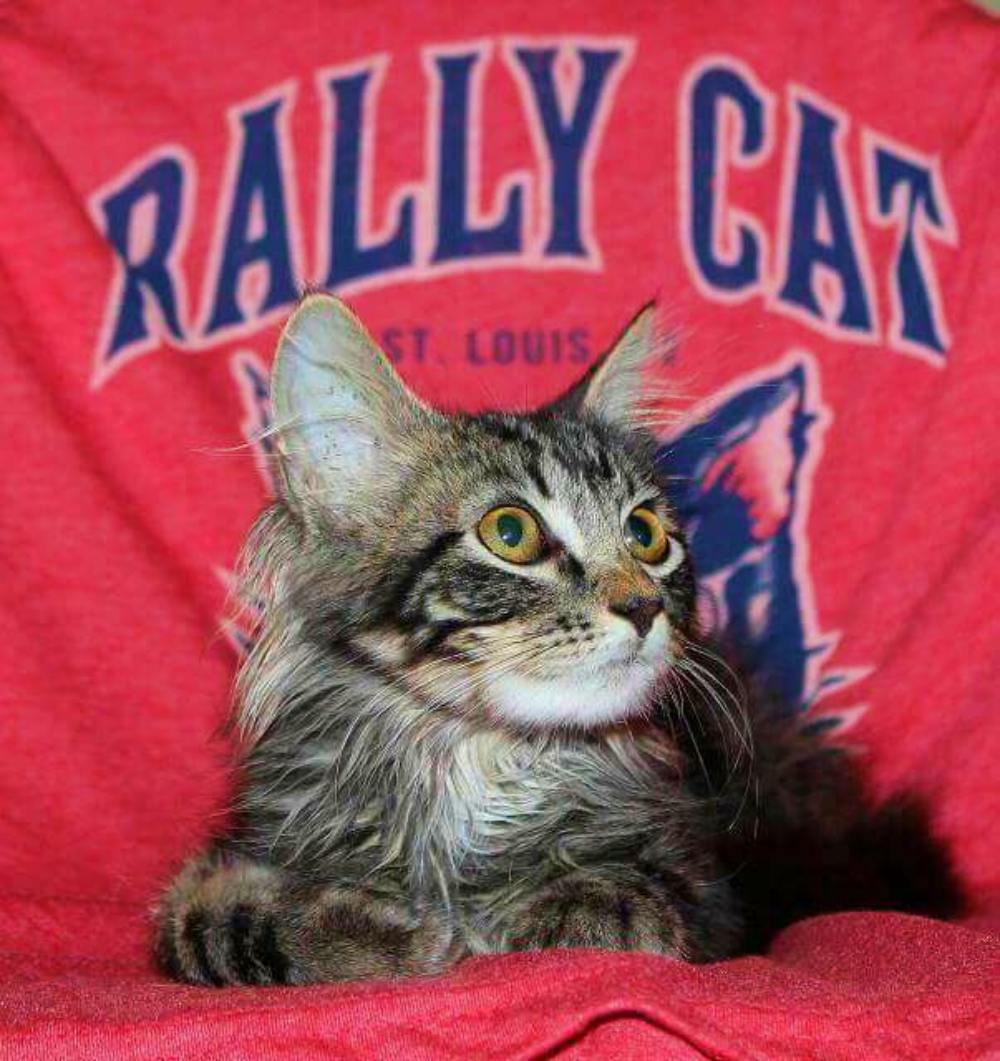 Thirteen days after Rally’s big debut, two members of SLFCO spotted him and managed to catch him! The 12-week-old Rally was given a clean bill of health, food, water, and a TON of attention. He now spends his time cuddling with staff members and is waiting on his forever home. A pretty incredible journey for such a young cat! Just one more piece of evidence that baseball is the preferred game of felines everywhere!