After Five Years, Raccoon Shows Up With Twin Kitten Companions And Makes A Miracle Happen

Raccoons are known for being scavengers, a nuisance, and sometimes even “trash pandas.” They aren’t the most popular pets, and when they do wander into a home looking for food, they’re very likely to be shooed out.

A blind raccoon is even less apt to make friends, so when an Illinois woman found one bringing his own to her yard, she knew it must have been special.

Eryn first noticed the raccoon showing up at her house in the mornings and for dinner a few days a week. That cycle continued for about five years, during which time she noticed he was at least partially blind. 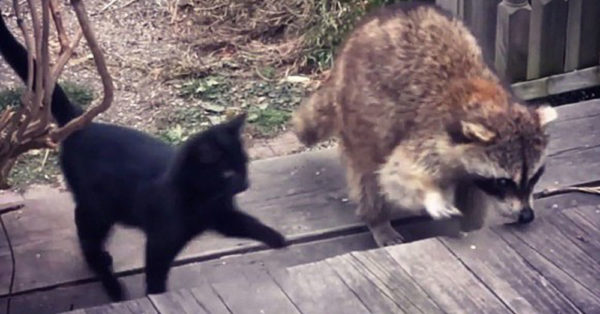 “His eyes shone bright green during the day. He was at least partially blind, walked into things, and was afraid of the wind, high grass, birds and snow,” she wrote on YouTube.

In October 2014, the raccoon showed up with two small kittens accompanying him to breakfast.

“The raccoon was around for at least five years before the kittens magically appeared in the woods,” Eryn said. 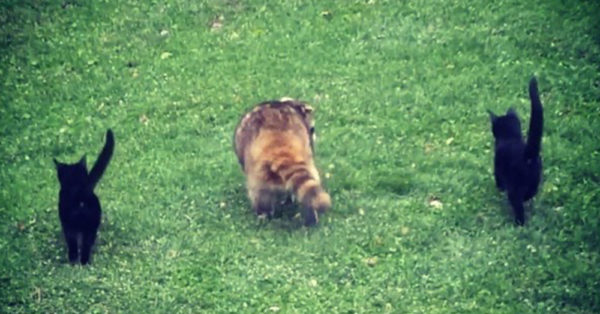 It was an unlikely trio, but they became fast friends, as the kittens were able to escort their raccoon pal safely, and he helped them find more food. For months, the furry visitors came and went, and Eryn caught several moments on her camera.

It was one of Eryn’s mother’s last wishes that the kittens could be adopted and kept from the cold Illinois winter. Sadly, she became ill and passed away in early 2015, around the same time Eryn’s 15-year-old cat died as well.

Shaken from the loss, but not deterred, Eryn took on the task of adopting the 6-month-old kittens herself. It wasn’t easy, she explained, but they were eventually housebroken. 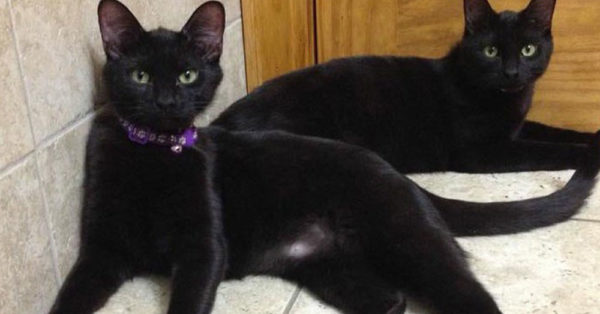 “I tamed the wild kittens (that was painful) and WAS going to send them to PAWS Chicago but after putting in all of that effort, loss of flesh and blood, we kept them,” she wrote, “and they now live inside with our HUGE other cat, Squirt. They officially became ours on December 14, 2014, when we got them fixed and chipped. PAWS did it for free because it would guarantee that they would have a forever home.”

Six months later, the raccoon was gone too.

At 5 years old, he had outlived many of his fellow woodland creatures and spent his final moments among his dearest friends.

“A blind/handicapped raccoon surviving at least five years is [a] pretty long time,” Eryn wrote. “He was a miracle.” 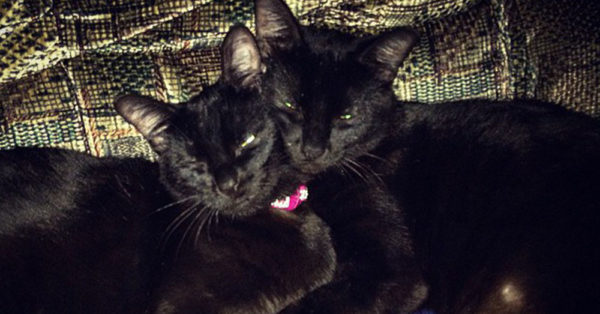 The kittens were heartbroken, however. They missed their friend, just as Eryn missed her mother and cat. They would have to work through the pain together.

“Turned out that I needed the black kittens as much as they needed me. Taming them helped me slightly cope with the loss of my mom and my 15-year-old cat within nine days of each other,” she wrote. “Before Mom came down with the flu that ended up sending her to the ER, she said that she wanted to keep the kittens…[and] didn’t want them to get cold.”

Eryn says the cats are unlike any others she has ever met. They are very communicative with their tails, love to play fight, and often hide when she leaves the house. But they are also loved, and Eryn is happy knowing her mother at least got a chance to meet the welcome new friends. 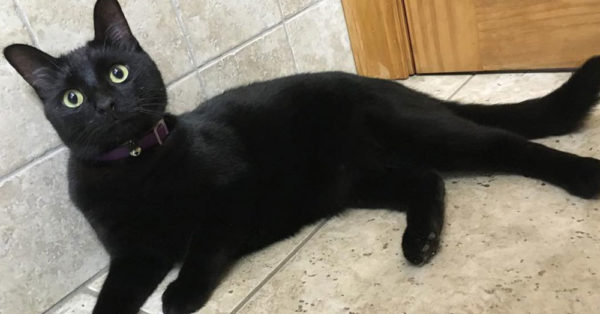 “Sadly she did NOT get a chance to spend time with them. She held one of them once, but they were still not ‘tame’ yet,” Eryn wrote. “Dad did NOT want to feed or deal with the cats. He didn’t want any more animals. Mom made him capture them them because she ‘didn’t want them to get cold,’ and even when he did not want to keep them, she wanted to keep them. I wish she was able to have spent actual ‘hands on’ time with them.”

Just like this raccoon, there are plenty of people throughout history who’ve had more of a fondness for felines than they have for their own kind.

Click the button below to learn about Mark Twain’s 19 cats and the lengths he went to keep them happy.