Stuffed teddy bears have a way of comforting children and a rabbit named Nigel.

The Royal Society for the Prevention of Cruelty to Animals (RSPCA) received a call about an abandoned rabbit in a box on the side of the road. Rescuers were heartbroken when they looked inside the box and saw the terrified rabbit clinging to a teddy bear for dear life.

“This is absolutely heartbreaking 💔 This rabbit was dumped in the cold by the side of the road, with just his favourite teddy bear with him 😭 Thankfully a kind member of the public spotted him and called us,” posted the RSPCA. 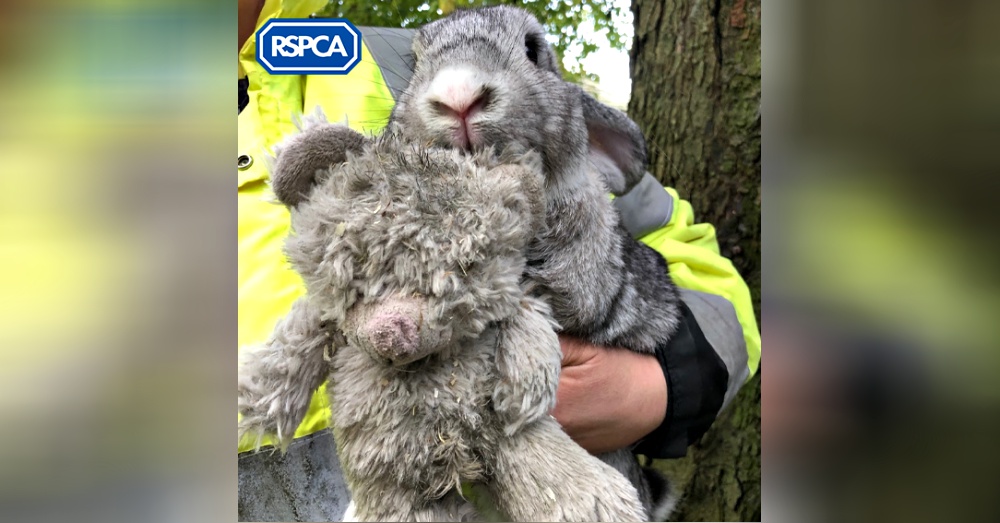 The fluffy gray rabbit and his matching teddy bear were taken to the England & Wales chapter of the RSPCA. Nigel, as he was later named, is healthy with no injuries but will not let his bear out of his sight. The two are resting comfortably in an animal boarding facility in Kent while they wait to be adopted.

Sadly, there are thousands of pet rabbits dumped outside every year. Pet rabbits cannot survive in the wild and releasing them outside is cruel. The RSPCA states that there are an estimated 1.5 million rabbits kept as pets in the UK. 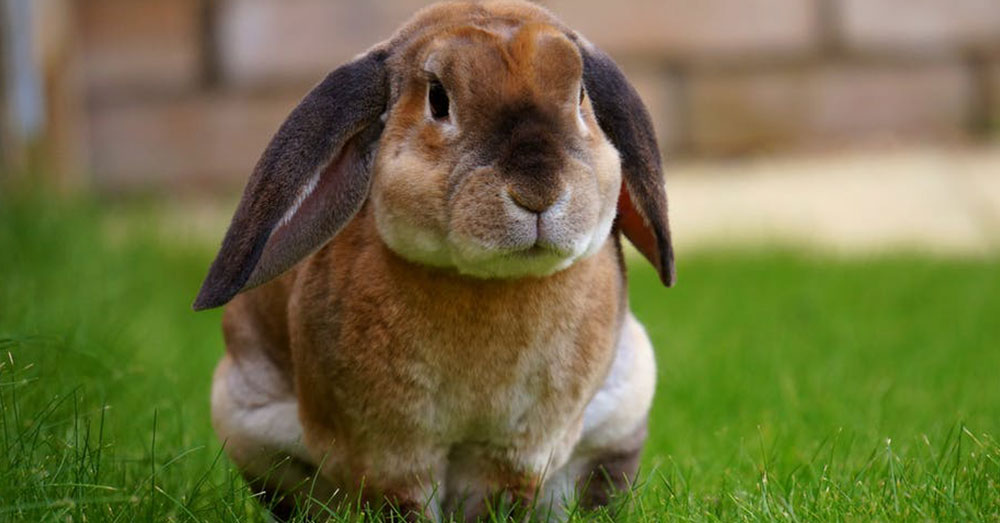 Rabbits are intelligent and social animals that need other rabbits to play with. The RSPCA provides many articles on how to properly care, feed and interact with pet rabbits. They also urge people who can no longer care for their pets to reach out to their local shelters.

“We deal with thousands of abandonments every year and urge people to give up unwanted pets responsibly.” 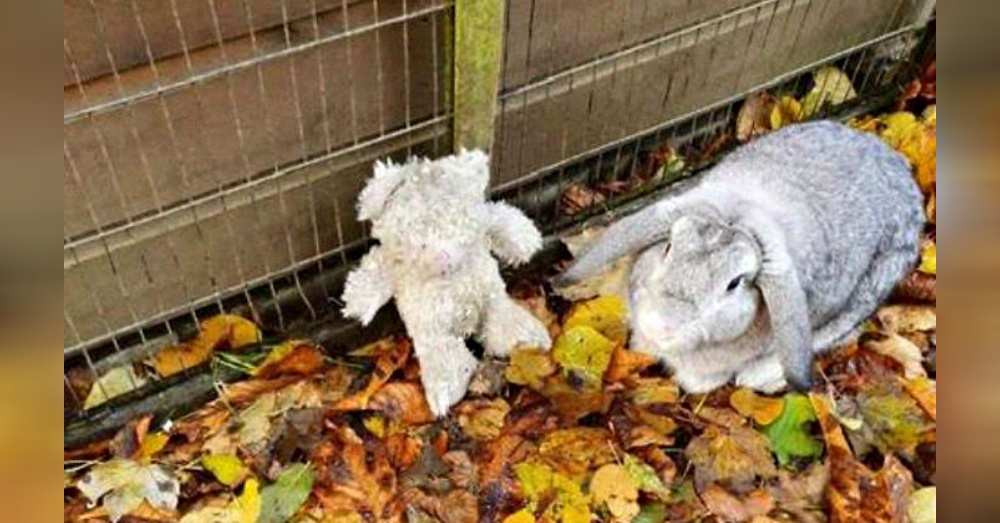 One follower commented, “I really don’t understand how people can not feel guilty for dumping any animal…I mean its owner surely loves him a little to leave him with a teddy for comfort!”

Abandoning a pet is never a solution and the animal deserves to find a loving home. Thankfully, Nigel was rescued and will be cared for until he finds his forever home.

Rescued Squirrel Is Stealing Hearts With Her Antics And Mini Teddy Bear That She Naps With: Click “Next” below!