We originally adopted a rescue dog named Patrick in 2010, but he tragically passed away in 2012 from a serious and incurable illness that could not be identified, despite the involvement of multiple specialists conducting extensive medical testing.

Patrick is the reason we have five dogs. 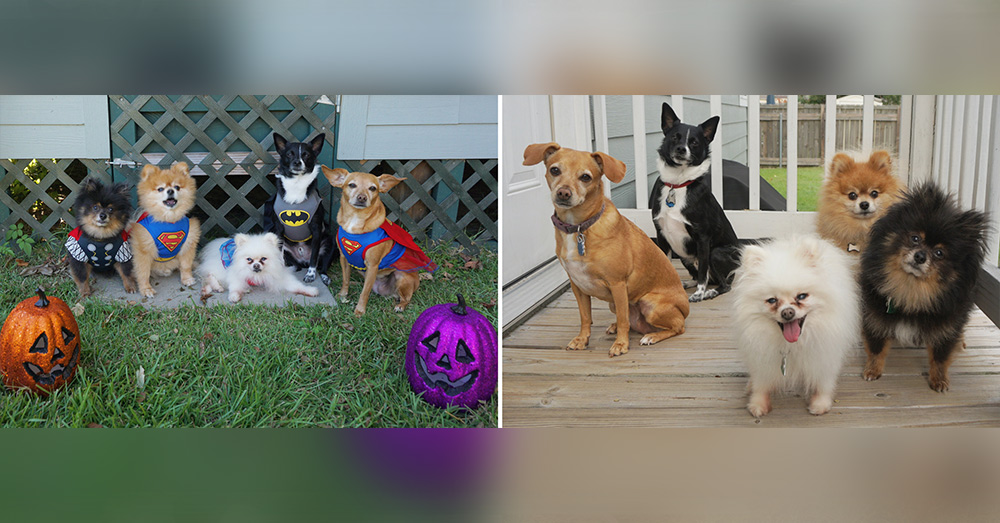 After Patrick’s passing, and for four and a half years thereafter, we only had two dogs – Rocky (#rockythelobster) is a black and white Rat Terrier/Chihuahua mix. He was rescued by the Humane Society of West Louisiana when he was a puppy. Nothing is known about his background.

He is obsessed with his Dad and food. Rocky has an unexplained fear of bugs that make buzzing noises. He enjoys chews, not going for walks, and hiding under the bed. 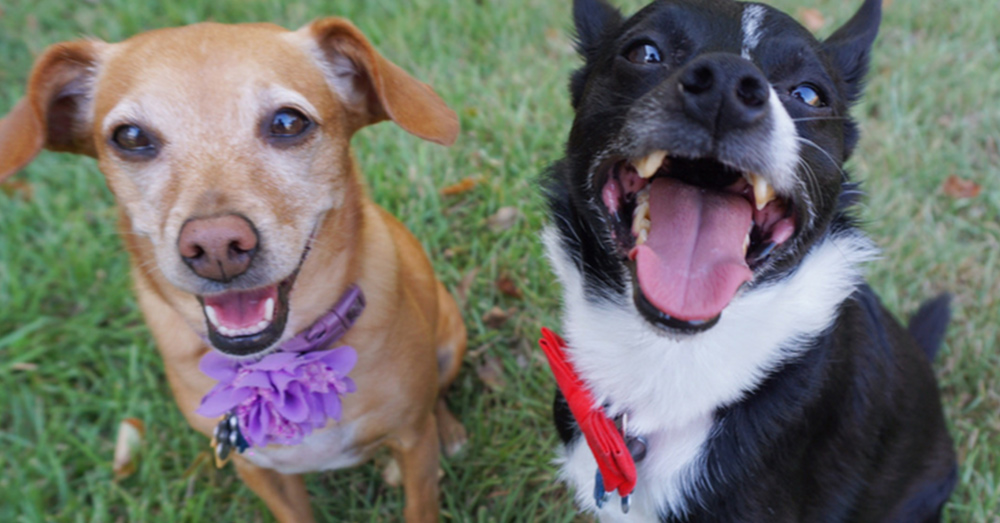 Matilda (#ladymatildabeast) is a tan Chihuahua/Daschund/Min-Pin mix. She was rescued by CENLA Alliance for Animals from a kill shelter. At the time, she had a litter of puppies; however, they all tragically died from health issues.

Matilda was also ill, but fought her way back to health. She is a muscular little dog, and can easily jump three feet in the air! She enjoys walks, basking in the sun, and snuggles. 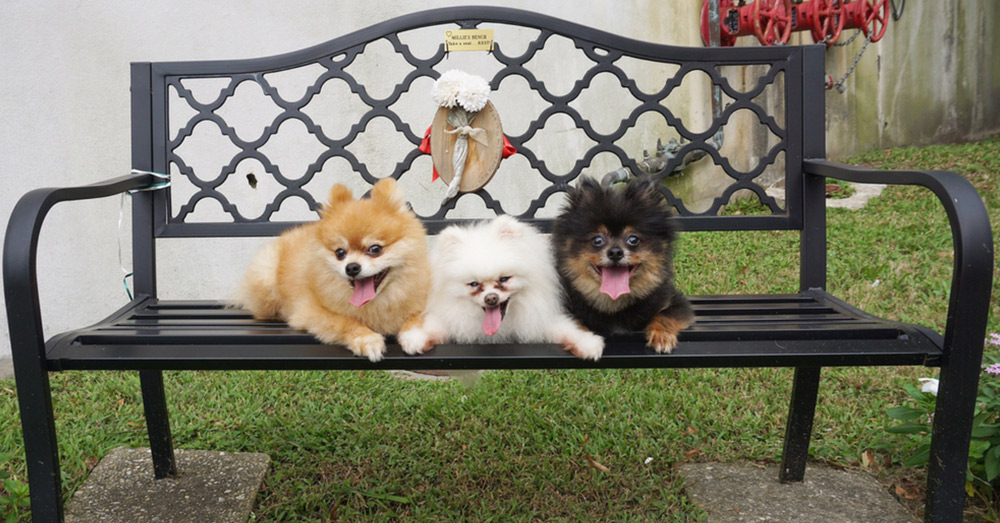 Red, Whip, and Boo joined our family after their Mother’s sudden passing in April 2017. We met their Mom at the dog park in 2011, and she was a significant part of our lives. We loved her very much, and knew we could give her dogs a loving home.

Red (#ladyred) is a white Pomeranian who is sixteen years young! She was adopted from a Veterinarian’s office. She is a sassy little dog, and can be both sweet and snappy, with her one tooth causing quite a few cuts and scratches. She enjoys eating, laying in the grass, laying in her chair, laying on her blankets, and getting sudden and random bursts of energy, followed by naps. 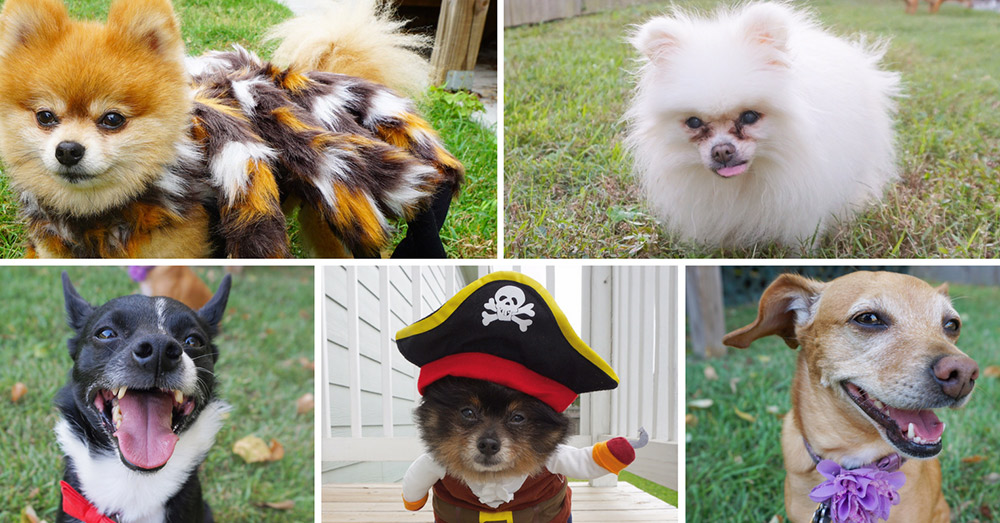 Whip (#misterwhip) is a black and brown Chihuahua Pomeranian mix. He was rescued from a puppy mill/hoarding situation as part of a group of 96 dogs by Animal Rescue New Orleans (ARNO) in 2010. He was the runt of his litter.

Whip is also the biological brother of our first dog, Patrick, who passed away. Whip, however, is healthy and happy! He enjoys attaching himself like a barnacle to women, barking like a maniac, and Mister Blue (his favorite toy). 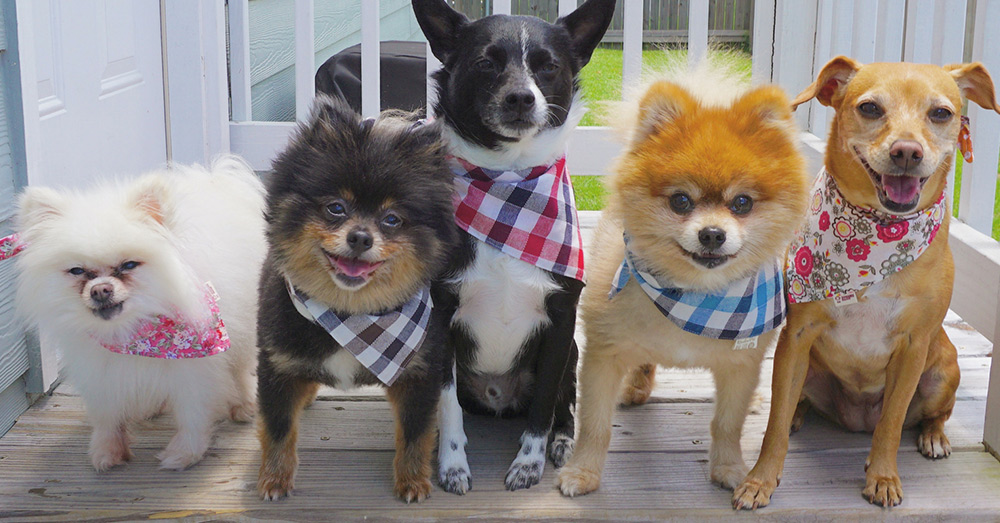 Boo (#scoobyboo) is a tan Chihuahua Pomeranian mix, who was also rescued from the same puppy mill/hoarding situation as Whip by ARNO. Unlike Whip and Patrick, who were puppies when rescued, Boo was about a year old at the time the dogs were rescued. However, Boo was rescued for a second time after his first post-rescue owner left him to fend for himself on the streets! He enjoys modeling for pictures, napping in the laundry basket, and digging in the trash.

This Pent-Up Pooch Jumps On The Trampoline To Spy On His Neighbors: Click “Next” below! 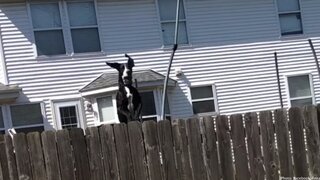