If You See A Cat With Purple Paws, Pick It Up And Take It To The Nearest Shelter. It’s Being Used As Bait

Cats with purple paws aren’t making a fashion statement and haven’t accidentally gotten into some purple markers or paint.

The hue on their paws and white patches of fur means they’ve been color-coded as bait in dogfighting — and they need to be rescued immediately.

It’s not just the color purple, either. When a cat is held as bait in a dogfighting ring, the white parts of its fur could be any vibrant color: orange, purple, green. The color serves as an identification for each individual cat, so that it’s easier for spectators to place bets on the order that the cats will die.

It’s sickening that anyone could find entertainment in the torture and killing of innocent animals. 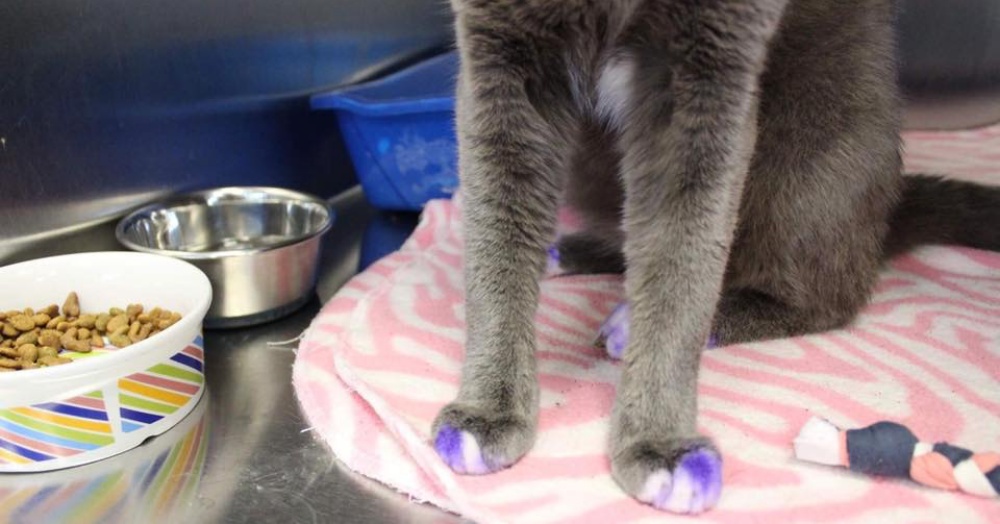 One cat with purple paws was able to survive and escape his brutal captors, and was rescued by Clewiston Animal Control in Florida. He was dubbed Mr. Purple Paws. 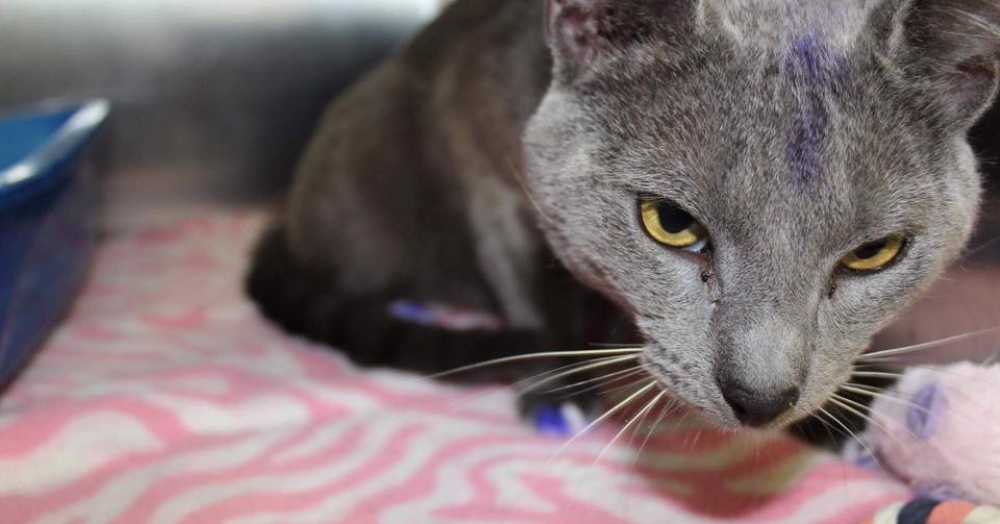 Megan Sorbara, one of the founders of Naples Cat Alliance, knew the reason behind Mr. Purple Paw’s name was sinister the minute she saw him: that splash of color on the white parts of his fur meant he had been marked in a dog-fighting ring. And somehow, miraculously, he was able to escape.

“Dog fighters use markers to color the white parts of cats and kittens so they can bet on which color will die first,” she wrote on Facebook. “They are “color-coded” and then thrown to packs of dogs, while these sick barbarians place their bets. This is cruelty at its worst. It seems as Mr. Purple Paws was able to escape before he entered the ring.” 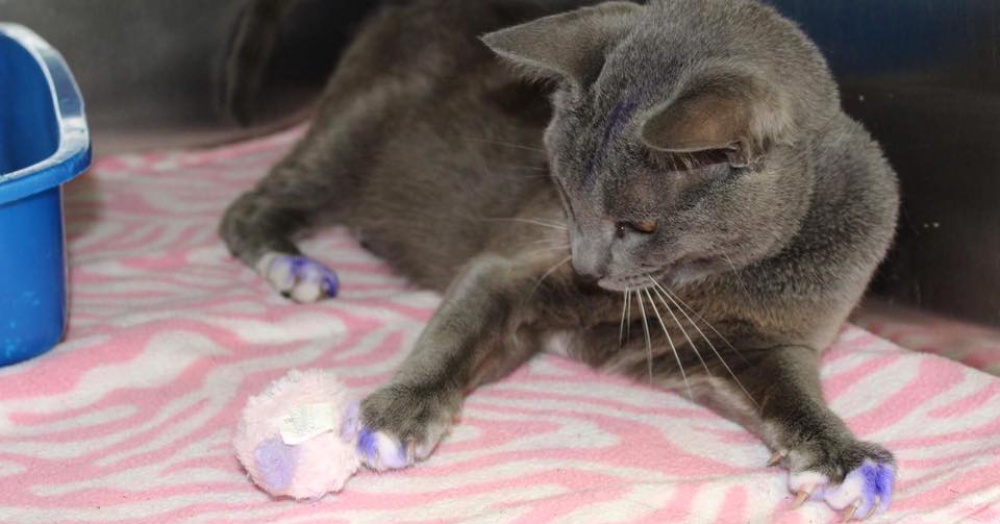 Thankfully, Mr. Purple Paws seemed to be in good health. He was friendly and sweet with the staff as well.

“I consider myself pretty hardened to a lot of stuff, I have dealt with a lot of injured, emaciated, neglected and abused animals,” Sorbara wrote on Facebook, “but this one really got to me. By all accounts he looks good, good weight, nice coat but the purple paws tell the story.” 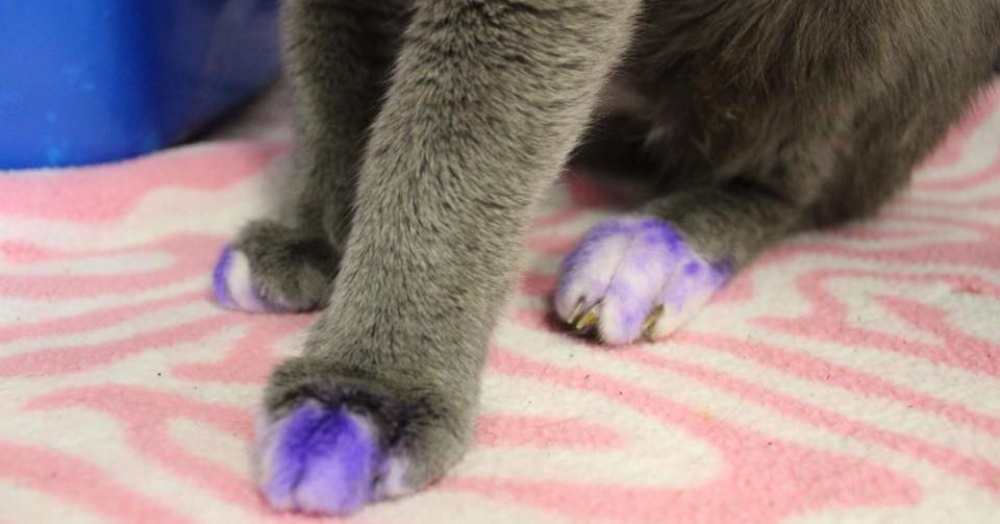 How he managed to escape is a mystery.

“Somebody must have left a door open, or maybe he got away during transport while they’re going wherever they go to have these fights in the middle of the night,” Sorbara told The Dodo. 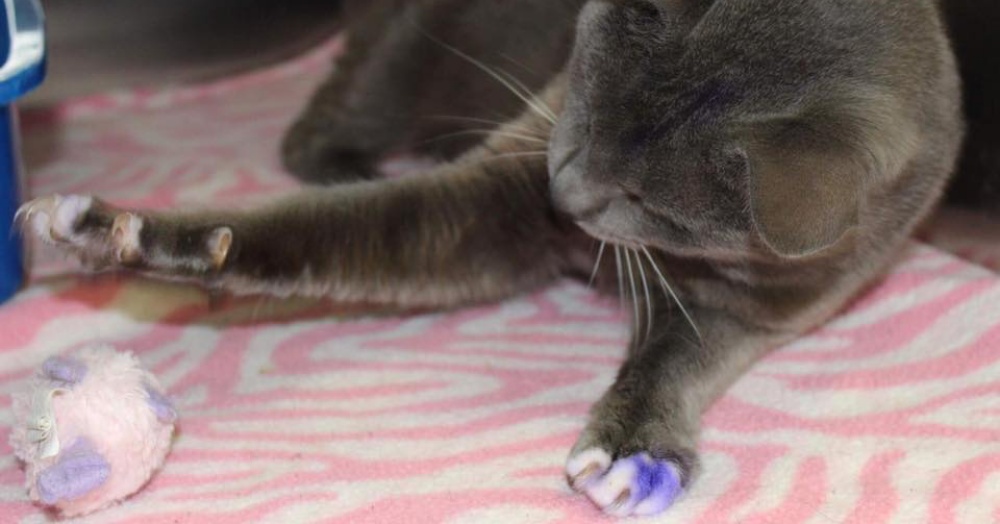 Luckily he was found by animal control before his captors could snatch him back.

“I can only hope more were able to get away,” Sorbara wrote, “but my real hope is that the perpetrators of this heinous ‘sport’ be found and prosecuted.” 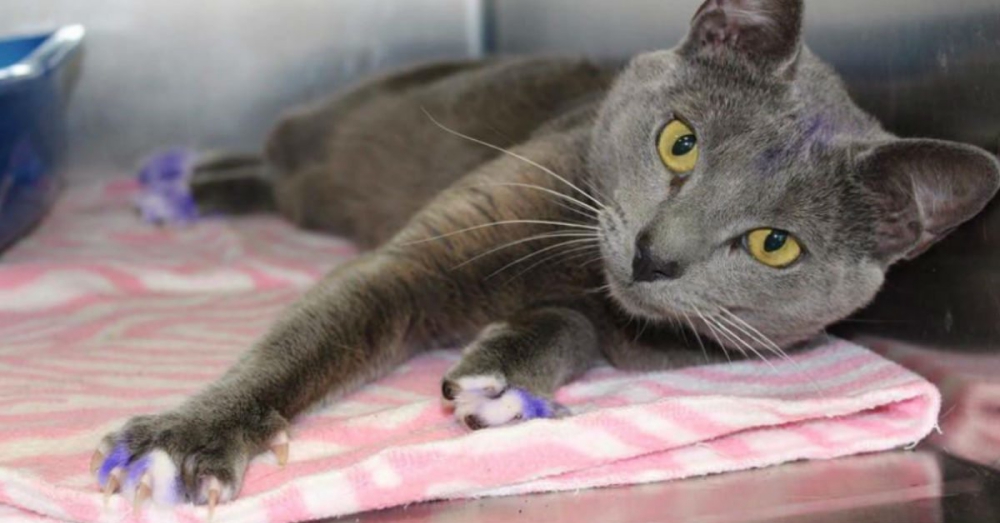 Despite the direction his life may have turned, Mr. Purple Paws is sweet, playful, gentle, and friendly. He likes giving head boops.

“He’s just so sweet, rolling over on his back and giving head butts — just adorable,” Sorbara told The Dodo. “He doesn’t have a care in the world. He’s Mr. Happy. He was playing with toys in his cage last night. You can just pick him up, carry him around on your shoulder — he likes to be held.” 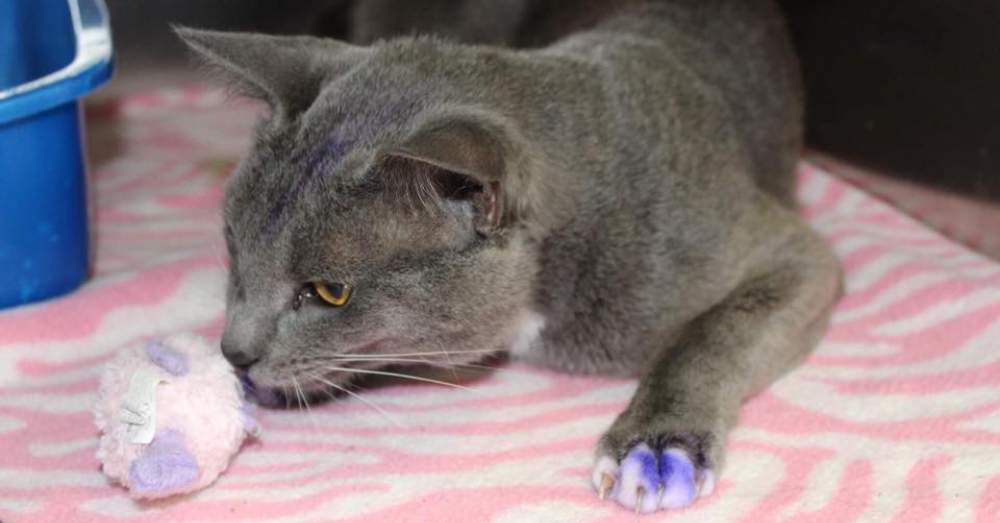 People reacted strongly to the post on social media.

“Anyone involved with any kind of animal fighting needs to be locked up for the rest of their lives,” one user wrote. “They enjoy the blood-sport of watching animals in pain and suffering and being absolutely terrified and struggling for their lives. How dare they hurt these poor innocent animals! This is sick, barbaric, and brutal.” 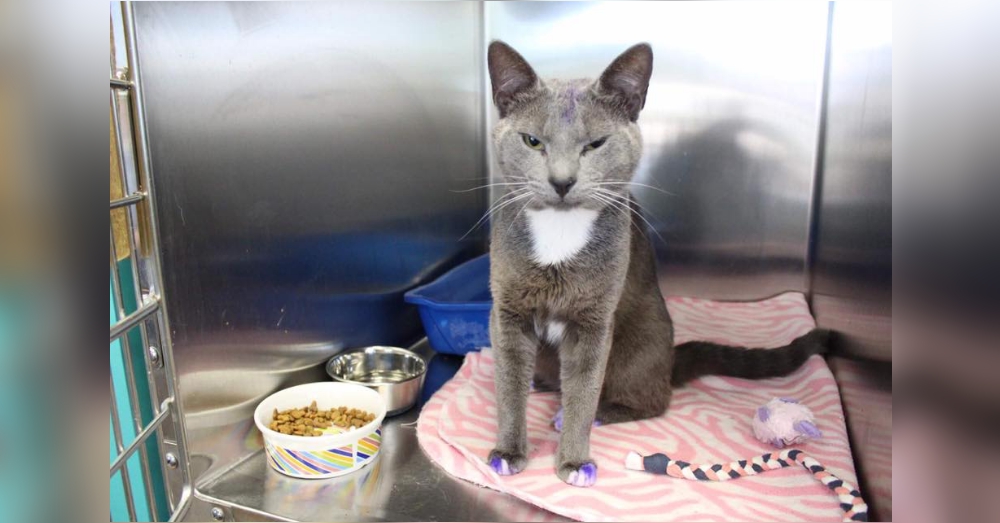 A good bath allowed some of the color to fade from the rescued feline’s paws, but the purple was still visible a week later when he was (happily!) adopted. 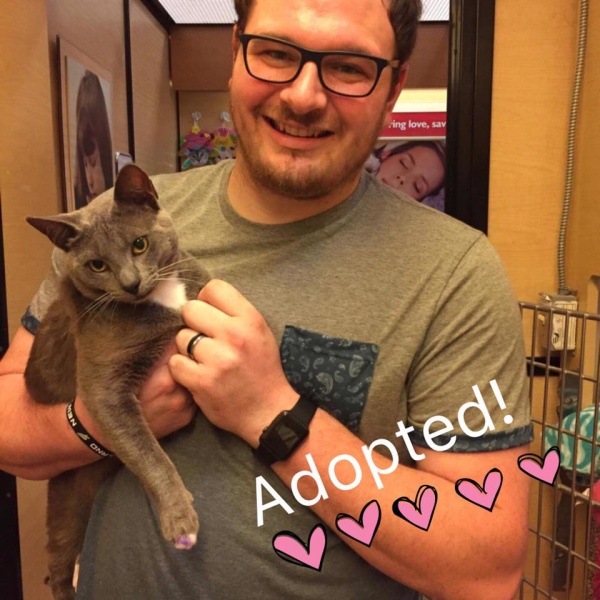 Dog fighting is a sickening practice that hurts not only dogs, but the small animals like cats, kittens, and rabbits used to bait them. It must end!