Riptide is just one year old, but the St. Paul pup has experienced unimaginable levels of animal cruelty in his short lifetime.

When rescuers first found him, the young dog was severely malnourished and covered in maggots and cuts. But Riptide hadn’t just been abandoned by his abuser. The puppy’s leg was tied to a tree and his mouth was zip-tied shut, leaving him unable to move, bark, or alert anyone to his cruel predicament. 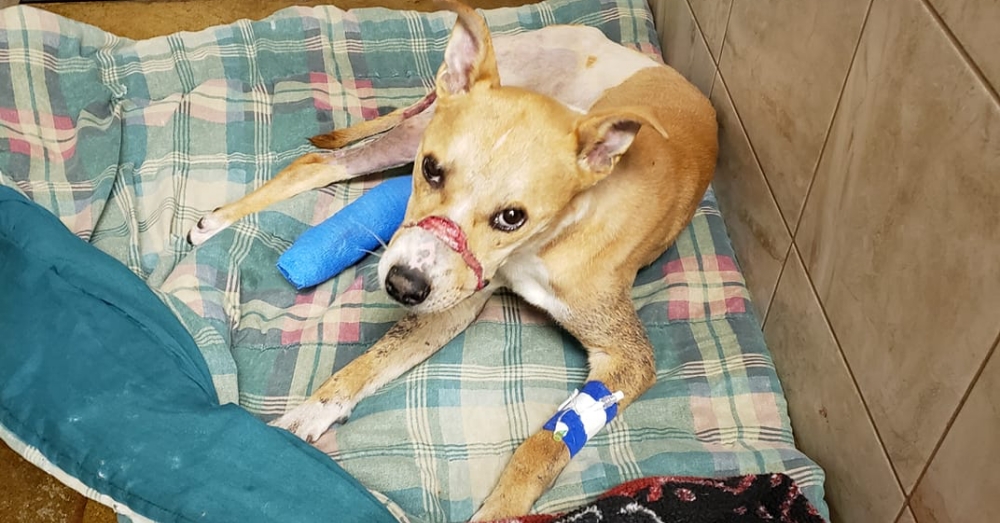 “Words are not able to explain what this guy went through,” rescuers from Rescued Pets are Wonderful, the Twin Cities rescue nursing Riptide back to health, wrote on Facebook.

“He is maybe a year old and he was left in the woods, tied to a tree by his back leg with a zip tie around his muzzle. The rope around his leg was cutting into his leg to the bone. The ziptie around his muzzle was embedded to the bone on top and underneath. The maggots were everywhere,” rescuers explained. “This guy endured days… weeks like this. He survived and we intend to give him our all to get him back to health.” 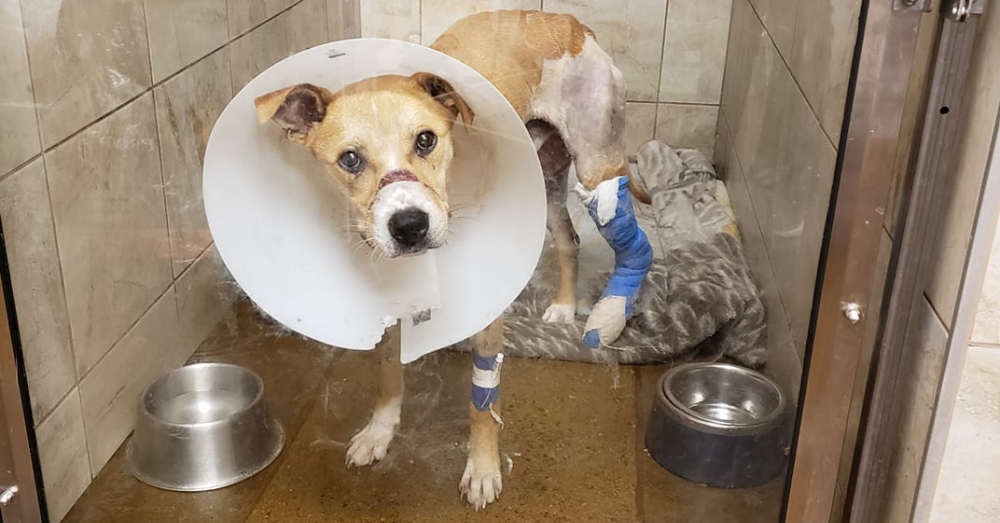 This chilling case even inspired the Humane Society’s Minnesota chapter to offer a $5,000 reward to anyone with information leading to this young dog’s abuser. “The level of cruelty this dog endured is difficult to put into words,” the organization’s state director, Christine Coughlin, told CBS Local. “We hope our reward helps find the person or persons who committed this heinous act.” 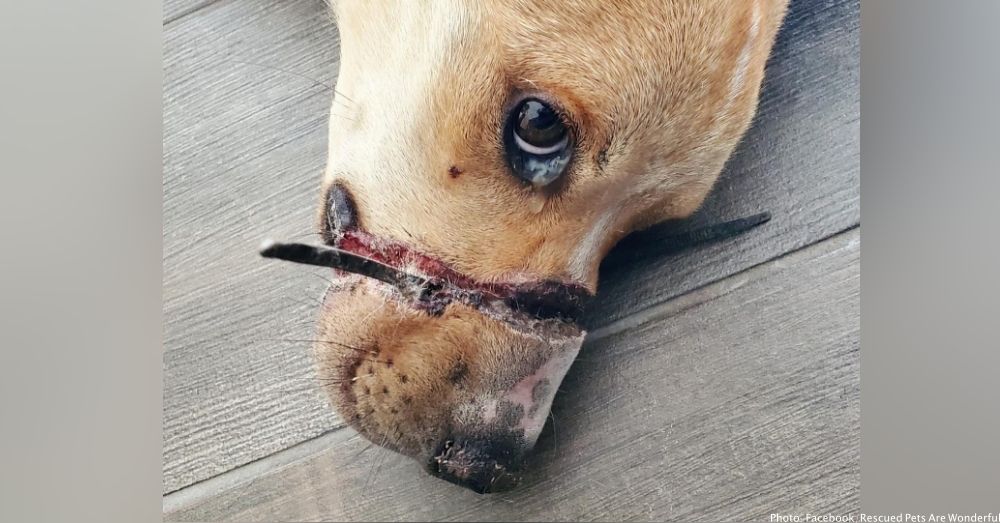 Riptide’s rescuers, meanwhile, have set up a fundraising page to support the dog’s rehabilitation and recovery, which is certain to be a long and expensive process. Veterinarians have already been forced to amputate the pup’s back leg, while the deep cuts on his muzzle will likely require even more surgical treatment.

“Riptide has a long way to go but we know he has the support of so many,” rescuers wrote. Please visit Rescued Pets Are Wonderful if you’d like to donate to Riptide’s recovery fund, which has already raised more than $18,000 from people determined to help Riptide recover from this unimaginable abuse.