Puppies are meant to be cuddled and loved on, not stuffed into purses and left on the street.

An adorable terrier puppy was dumped inside a purse with an unopened can of dog food and his front legs bound with a hairband. Attached to the outside of the purse was a handwritten note that said, “Found this puppy”. The purse was hanging on the door handle of a charity in London.

RSPCA took in the eight-week-old puppy and its cruelty investigators are looking for the person responsible. They believe the puppy was dropped there around 2 a.m. Monday. They are checking local shop CCTV cameras in hopes of finding the heartless person. 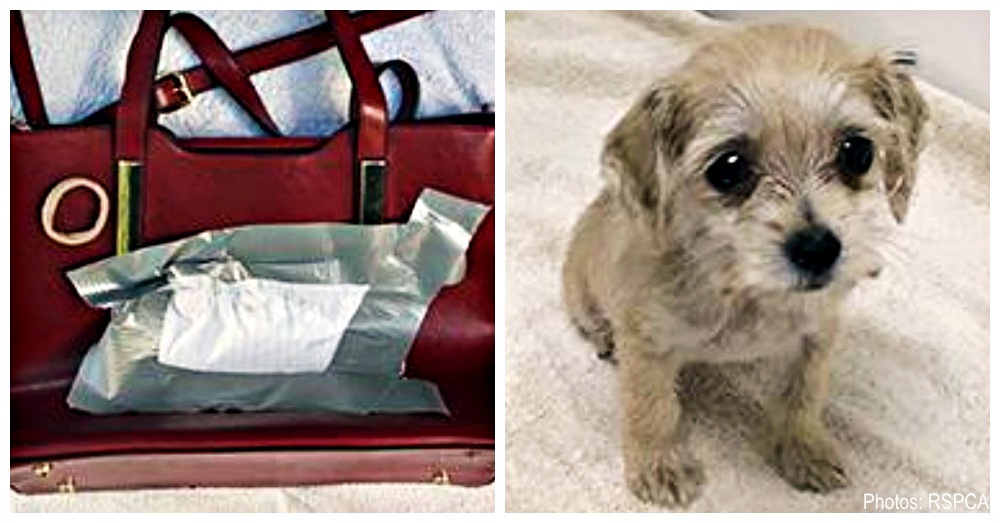 The hairband caused some circulation problems on the front limbs. The puppy is receiving all the necessary care and veterinary staff report he is recovering well. RSPCA’s Putney Animal Hospital staff has fallen in love with the Border Terrier puppy. The rescuers decided to name the sweet pup, Radley, after a popular handbag brand in London that uses a dog as its motif.

The RSPCA was contacted by a woman who found the dog inside the purse on the charity door. Phil Norman, one of the investigators, reports, “We received a call from a woman who’d found a little puppy in a red handbag fastened to the door handle of a charity shop.”

“Poor little Radley must have been very stressed and frightened being stuffed into that handbag and abandoned in the middle of the night. There’s absolutely no excuse for leaving a young, vulnerable puppy like this in such awful circumstances and Radley is lucky he wasn’t more seriously injured.”


With the outpour of love for the adorable pup, the rescue team knows he will have no trouble finding a forever home once he recovers. Veterinary Director, Caroline Allen, states, “He’s doing really well and is such a cutie. He’s not available for rehoming yet and we’re still running tests and checks on him so he’ll be with us a little longer yet. We know that many people will be concerned about gorgeous Radley and want to offer him a home but we would ask people not to call the hospital about him.”

The influx in calls could tie up the lines and block emergency calls from coming in. When he is available for adoption he will go to one of their animal centers. Anyone with information about the case is asked to contact RSPCA appeal line at 0300 123 8018.