Puppy Abandoned In Park, Hit By Train On Same Day

Growing up is hard, especially if you don’t have a responsible parent or guardian to show you the ropes. Unfortunately, many people don’t fully grasp — or live up to — their responsibility to help defenseless babies of all species find their way in this world.

Two unlucky Ohio puppies found themselves in the care of one such irresponsible keeper, through no fault of their own. When their owner decided he could no longer be bothered to care for them, he simply dumped the young brothers in a local park to fend for themselves. They were only three months old. 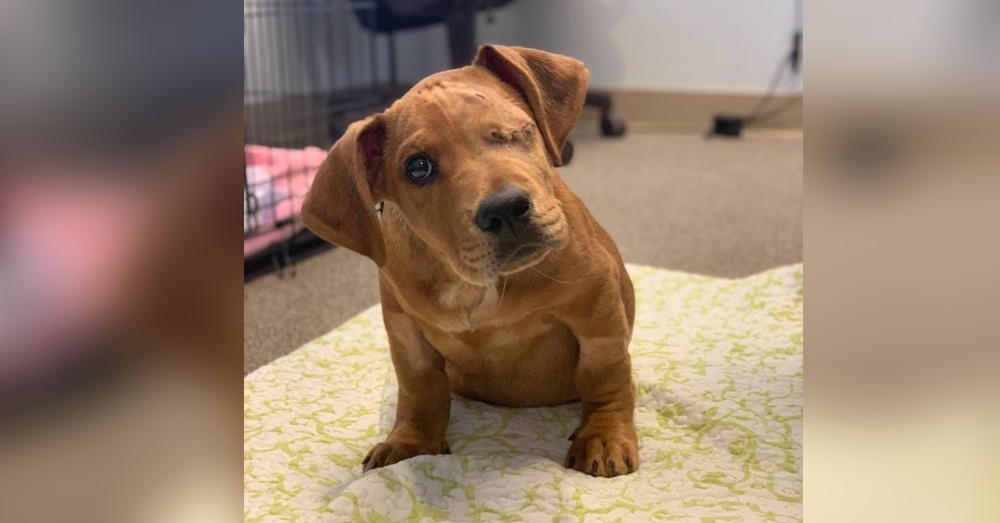 One of those puppies wandered off and was later found in a neighboring county. The second brother wasn’t so lucky. Because he didn’t understand the dangers of being outside, this innocent puppy wandered onto the railway tracks and was hit by an oncoming train. The accident happened on the same day the puppy was inexplicably left alone to fend for himself. 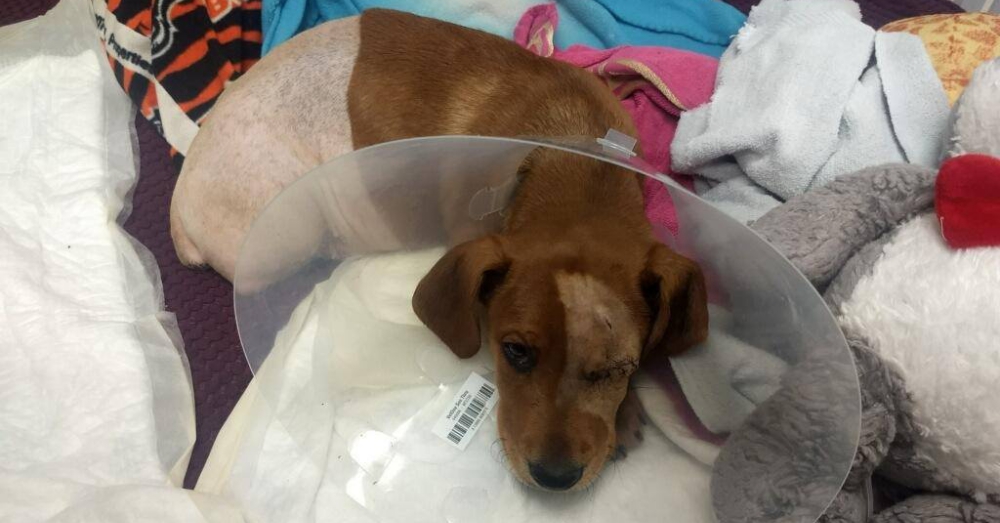 Amazingly, the young dog didn’t die, which is really a testament to his resilience, strength, and the quick actions of first responders. However, the poor creature certainly didn’t survive the incident unscathed. Despite surviving emergency surgery, the puppy – which the Sheriff’s department has since Trooper, perhaps because he’s already put up with so much — had lost an eye, his tail, and both hind legs. 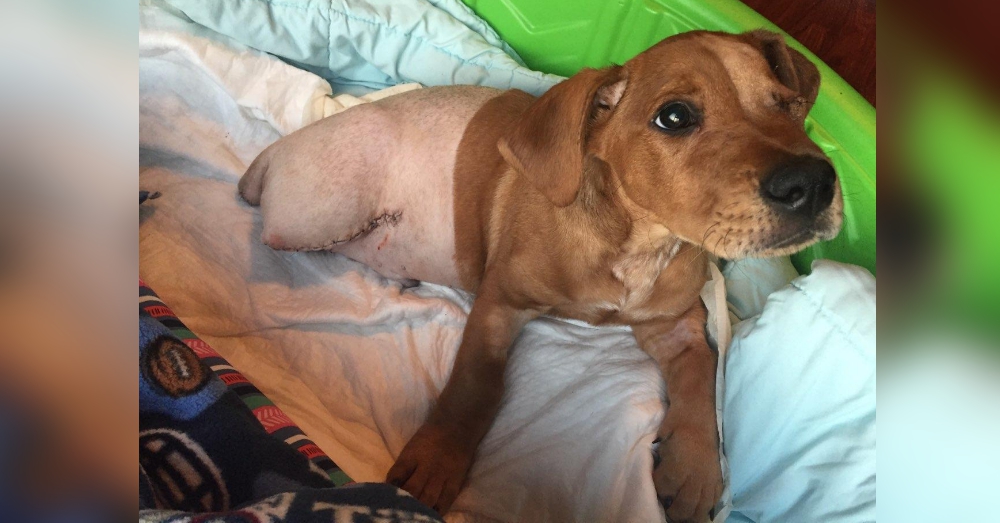 “If the juvenile would have just taken the dogs to the shelter, Trooper may not be injured today,” Sheriff Richard Jones said of the puppy’s former teenage owner, who was charged with animal cruelty and abandonment. “I am sure Trooper will find a great forever home but his limited quality of life could have been prevented if this individual made a better decision.” 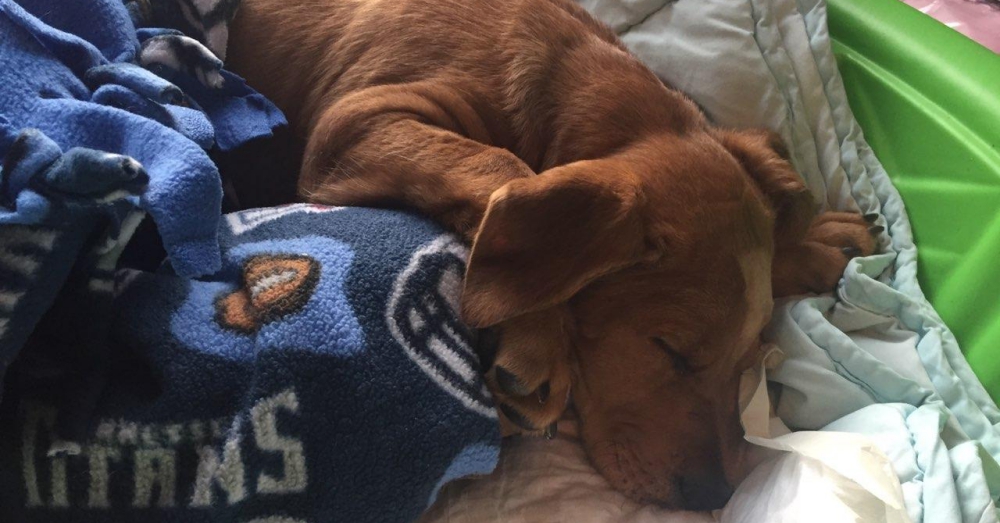 Trooper is currently living with a new foster family, who reports this playful young pup is healing up great and getting ready to learn to use a wheel-cart as soon as his stitches come out next week. In the meantime, the Animal Friend’s Humane Society in Hamilton, Ohio, is already on the hunt for Trooper’s forever family. If you think that’s with you, reach them on their website or via their Facebook page. Let’s find this sweet boy the forever home he deserves!

Check out Trooper’s progress in the adorable video below: