Most people fail to put much thought into where sewage goes. Septic tanks and city sewers deal with everything, right? Sadly, that’s not the case. The reality is not only gross, but incredibly dangerous to native species; one of the most notable of which is the endangered Southern Resident Killer Whale (more commonly known as the Orca) that resides in the Puget Sounds and surrounding waters.

Puget Sound is a well-known section of ocean along Washington state’s northwest coastline, measuring over 100 miles, and reaching depths of up to 450 feet. It is the ideal area for not only human shipping but as an harbor and channel for sea creatures as well. Currently, federal law allows ships to dump partially treated sewage within THREE MILES of shore, and untreated sewage farther than three miles out. This results in literally tons of human waste released into the Sound each year! The disgust goes far beyond just the contents being loosed from ships; it is killing whales and fish, rendering seafood inedible, and endangering those trying to simply enjoy a day on the beach.

Sadly, it is a small step from this…

The debacle in Rio De Janiero on the eve of the Olympics brought the danger of human waste in ocean waters to the wider public, as it caused a potentially life-threatening situation for Olympic athletes. While the toxicity of Rio’s waters is astronomical (the viruses found are 1.7 million more dangerous than any US beach), their waters bursting with toxic sludge started with the same practices we are seeing in the Pacific Northwest. Rio simply dumps the sewage from the city into the ocean, and the consequences are grim. Even a small amount of the water can make someone sick if ingested!

Just north of Washington, the Canadian capital of British Columbia, Victoria, is seeing up to 21 tons of sewage dumped per day into their waters. Farther south, the Puget Sound has 156,000 recreational and commercial ships dumping waste, endangering the economy of the highest producer of clams, oysters, and mussels in the United States. The pollution has also put salmon runs into jeopardy, and with it the multi-million dollar fishing industry as well.

If the EPA heeds the advice of The Department of Ecology, 2,300 square feet of the Sound would be protected, along with waters east of New Dungeness on the Strait of Juan de Fuca, as well as Lake Washington, Lake Union, and the waters that connect them to Puget Sound. It would save countless marine animals, and reduce the risk of severe infection for the people enjoying the gorgeous beaches and waters of Washington state.

Help us entreat the EPA to protect our waters! 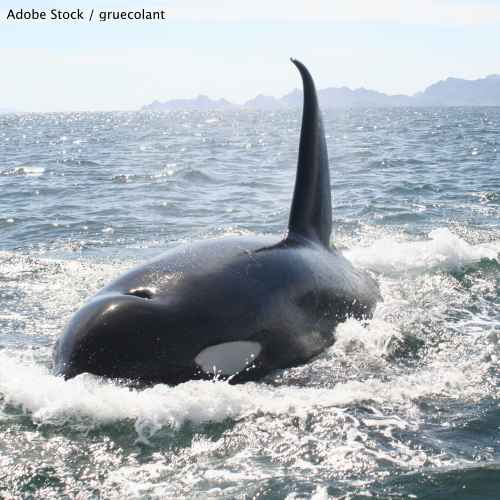 Current federal law allows vessels in Puget Sound to discharge partially treated sewage within three miles of shore, and untreated sewage if they are beyond three miles. This unmitigated dumping of human waste into the Sound is decimating orca habitat and poisoning the waters, making beaches unclean and shellfish unsafe for human consumption.

Help us protect our waters and the creatures in it!