Iceland’s iconic seabirds are at risk of going extinct due in large part to ruthless trophy hunters who slaughter them for ‘fun’.

Puffins are beautiful birds with colorful beaks that spend most of their lives on the open sea. The only time they come ashore is during breeding season. These resourceful birds build their nests on rocky cliffs near the sea for easy access to fish.

Although the seabirds have long life spans (an average of 30 years), they are being cut short by hunters killing them for ‘sport’ or to eat as a delicacy.

60 percent of the world’s Atlantic puffins nest on the coasts of Iceland, where they aren’t protected. It’s illegal to hunt or kill the iconic birds in the UK, but considered ‘fair game’ in Iceland.

Trophy hunters travel to Iceland and pay a premium to kill up to 100 puffins each for ‘fun’. This mass slaughtering has contributed to the 42% decline in puffin population over the last five years.

“The puffin is now in danger of becoming extinct, and uncontrolled hunting has been identified as a leading cause,” said Eduardo Gonçalves of the Campaign to Ban Trophy Hunting. “There should be an immediate moratorium imposed before it is too late.”

He went on to say, “CITES keeps no data on how many puffins are shot for recreation or traded. It is incredible that such an iconic species has been forgotten by the international community.”

Puffins are listed as a “vulnerable” species by The IUCN Red List of Threatened Species, meaning they are at risk of going extinct.

The “sea parrots”, as some refer to them, face other threats. Just like other seabirds, climate change and fishing gear also play a role in the puffin’s declining population.

Minister for the Environment Guðmundur Ingi Guðbrandsson is aware of the problem and said, “I believe we need to take some kind of action regarding these species, especially the puffin, which is in grave danger.”

While the hunting season for puffins was shorted, thousands of puffins are still being slaughtered each year. A full ban on the trophy hunting of puffins is urgently needed to help protect them from disappearing entirely. Sign the petition below to tell Iceland’s Minister of Environment to STOP the slaughter of puffins! 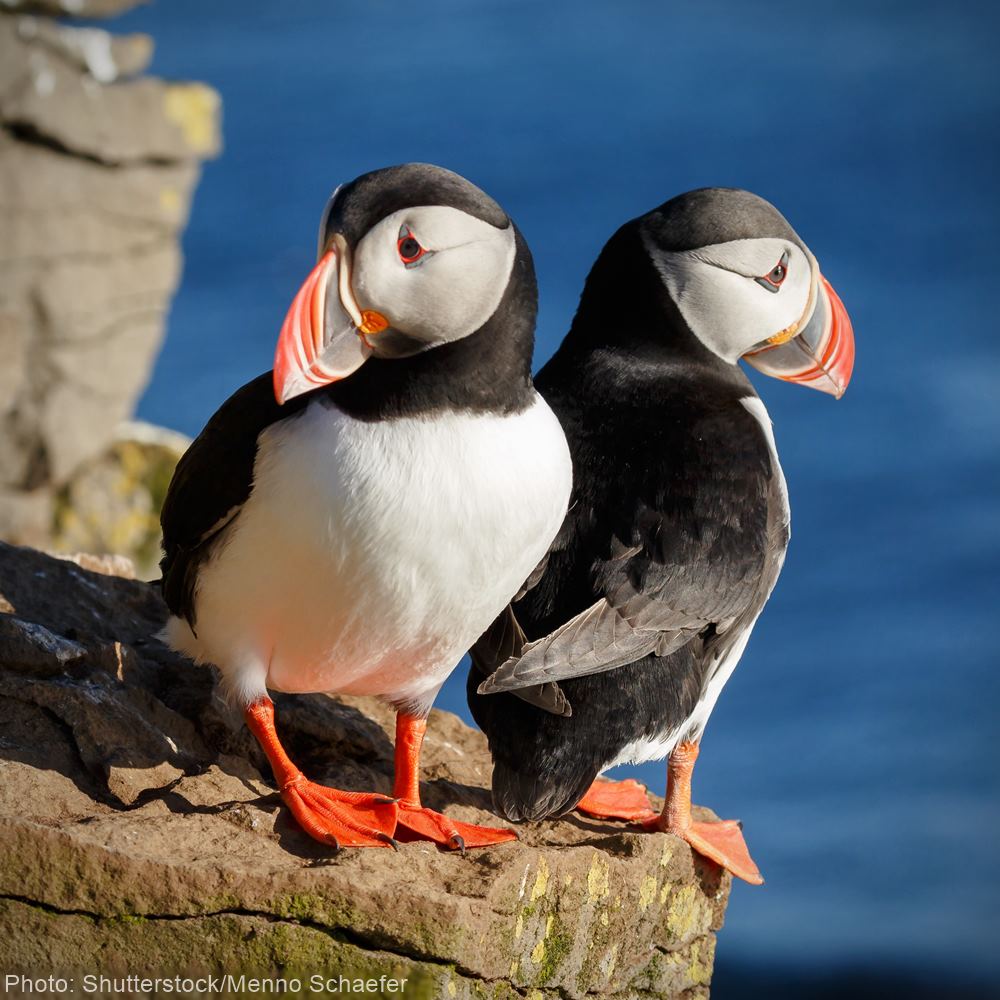 As many as 100 of these defenseless birds are killed per trophy hunter and taken back to their homes to show off as evidence of this cruel ‘sport.’
The population of Atlantic Puffins in Iceland has recently shrunk by over 2 million.
Sign the petition to tell Iceland’s Minister of Environment to STOP the slaughter of puffins!
Make a difference