Pregnant Elephant Dies After Locals Fed Her Pineapple With Firecracker Inside

A pregnant elephant in India left the forest to search for food and approached a nearby village. Locals approached the wild elephant and offered the hungry animal a pineapple, but it was laced with a firecracker.

The trusting elephant took the fruit never expecting it would claim her life and her unborn calf. The firework exploded in her mouth severely damaging her tongue and jaw. She was unable to eat and was found standing in the Velliyar river in northern Kerala’s Malappuram district. 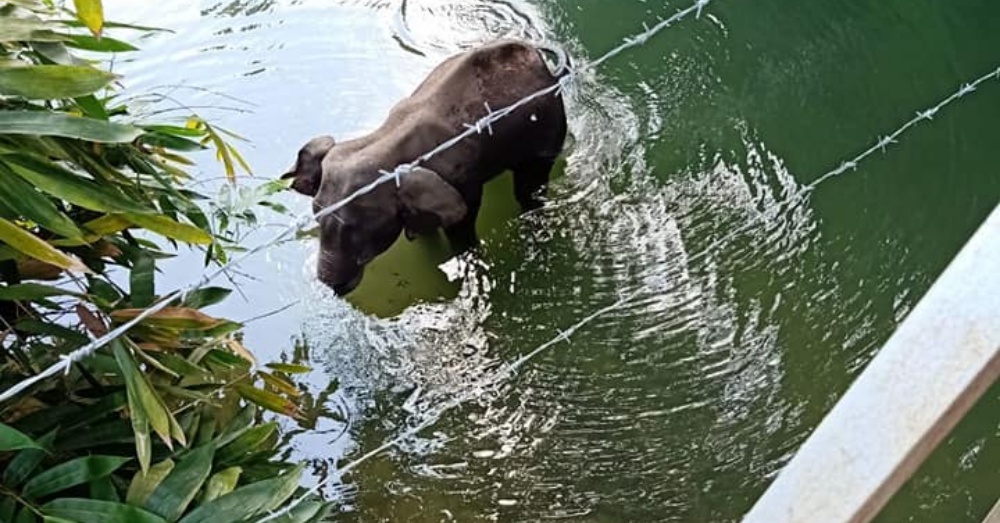 Forest officer Mohan Krishnan was part of the response team and detailed the devastating event on Facebook. He wrote, “When the pineapple she ate exploded, she must have been shocked, not thinking about herself, but about the child she was going to give birth to in 18 to 20 months.”

He said that “she trusted everyone” and was “full of goodness”. Even after the locals harmed her and caused her to be in excruciating pain, she didn’t destroy one home or harm one person. Instead, she ran in fear back to the river. 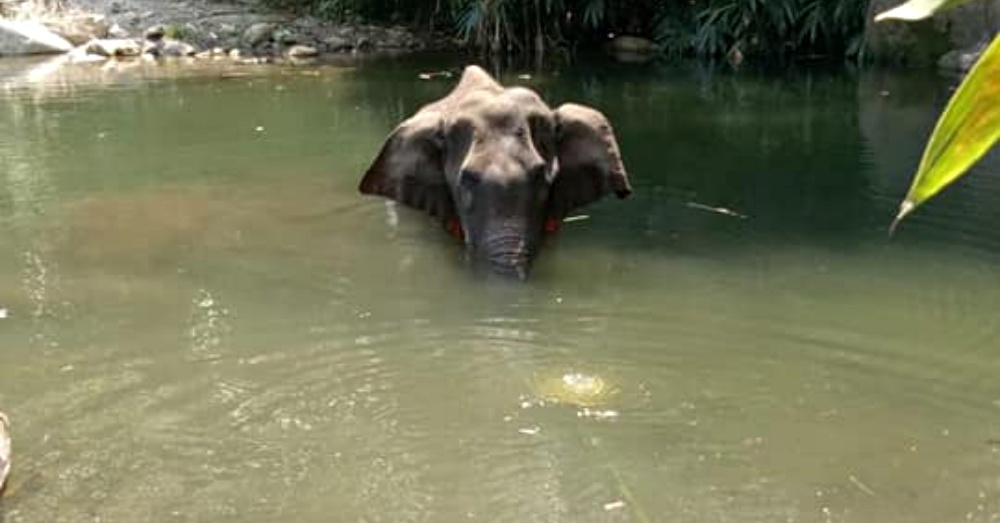 Forest officers tried to encourage her to leave the river by bringing in two other elephants, but she stood with her damaged trunk and mouth in the water until she passed away.

“I think she had a sixth sense,” wrote Krishan because she wouldn’t allow any officer to help her and passed away at 4pm on Wednesday. 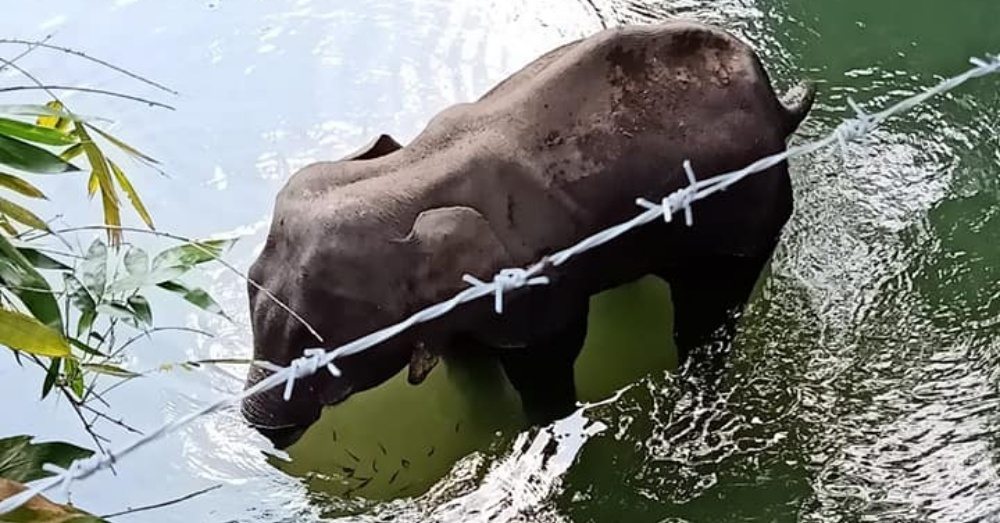 Heartbroken Krishan posted, “Sorry… sis.. Sorry…” To honor the sweet elephant, they took her back into the forest and laid her to rest where she grew up. “She needs to be given the farewell she deserves. For that, we took inside the forest in a lorry. She lay there on firewood, in the land she played and grew up. The doctor who did her post-mortem told me that she was not alone. I could sense his sadness though the expression on his face was not visible due to his mask. We cremated her in a pyre there. We bowed before her and paid our last respects,” recalled the forest officer.

Cruel doesn’t even begin to describe this heinous act. People are demanding the culprits be arrested and charged with animal abuse. One person commented, “Really sad news. An animal trusted us humans and we betrayed them yet again. 🙁 Hope those culprits will be brought to justice…”