Popeye, a matted and underweight dog, was attempting to survive living alone on the streets of California. He would spend his days searching for scraps of food, until one day a woman spotted him and brought him home.

Ivy Diep noticed the little dog crossing a busy road. She returned later in the day to see if the dog was still around. When she spotted him again, she approached to see if he would let her pick him up. The friendly pup went home with Ivy, but she planned to find him a forever home. 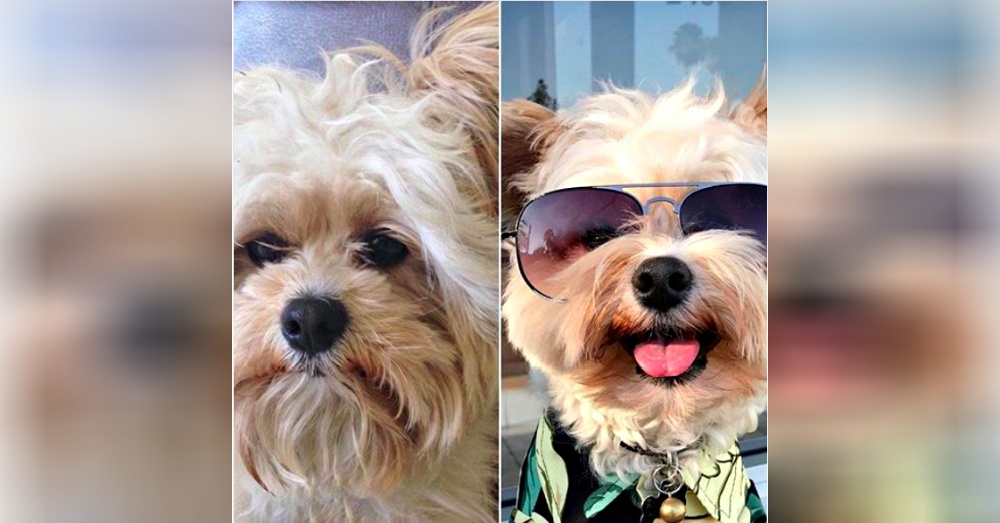 However, the sweet dog with giant fluffy ears stole her heart and joined the family. They named him Popeye and his life was about to change dramatically. He was fed, bathed and pampered by his new family. His parents realized that he did not like being alone, so they took him along to a pet-friendly restaurant. 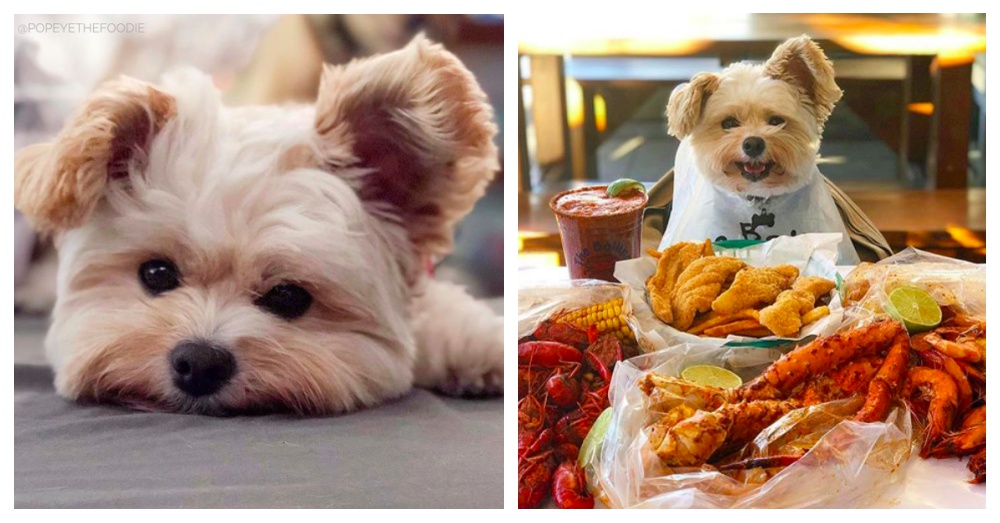 That is how is all began. Popeye was on excellent behavior and had impeccable table manners, so he continued to visit restaurants with his parents. He went from not knowing when or what he would eat to dining at restaurants all over Los Angeles. 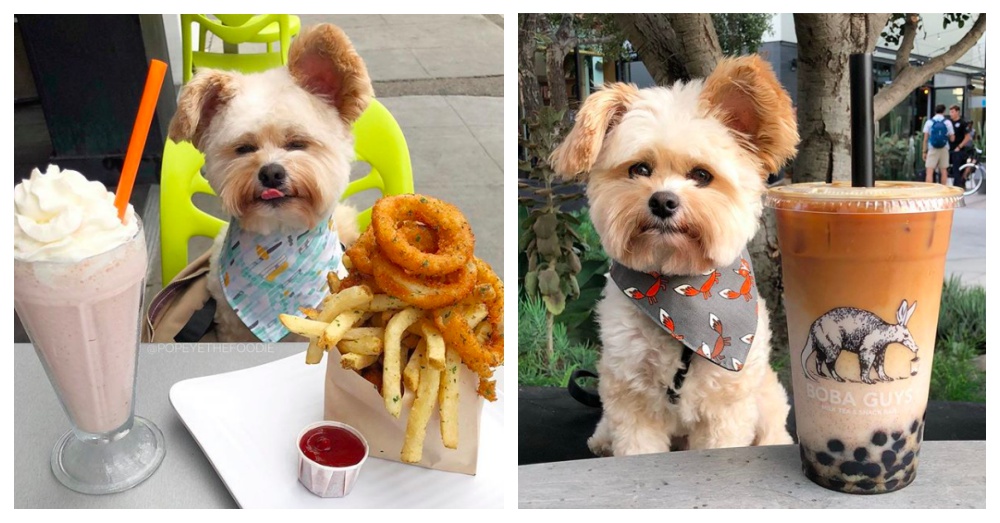 Ivy started an Instagram page, Popeye The Foodie, for the adorable pup that features images of Popeye posing in front of delicious food. Not to worry, Popeye is just posing with the food not eating it, unless it is safe for dogs. His parents always bring his favorite treats along to make sure he has something to snack on. 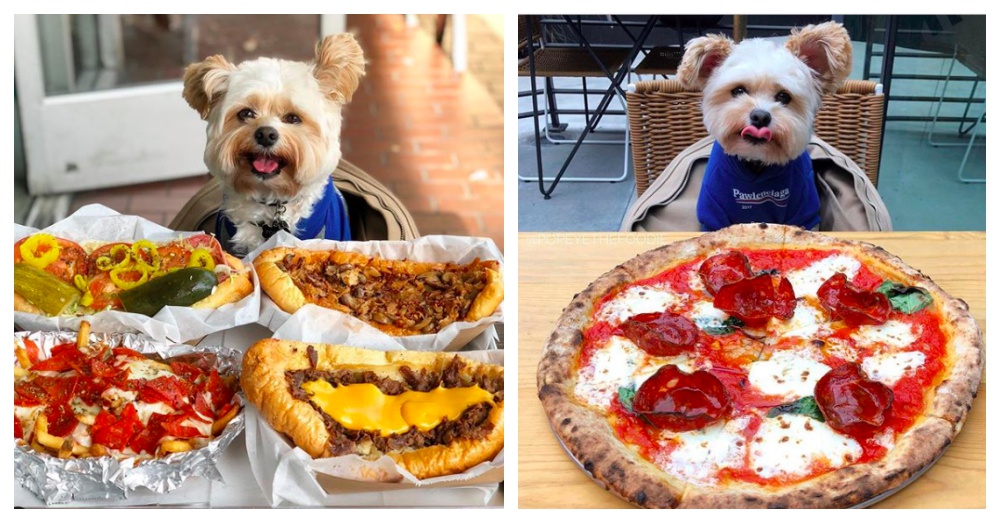 While he has been photographed with a wide range of food, it seems his favorites are indicated with a lick of the lips. We cannot get enough of this adorable photogenic pup and neither can his 365K followers. 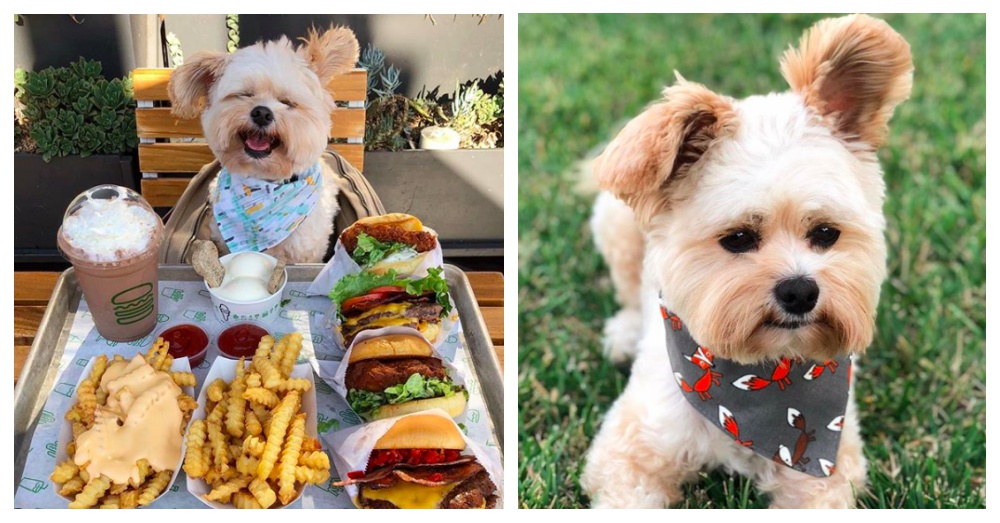 His parents were surprised by the amount of people that recognize Popeye but are glad that he is making the day of so many people around the world. They hope his page will inspire other dog parents to take their well-behaved dogs with them for adventures outside the home. 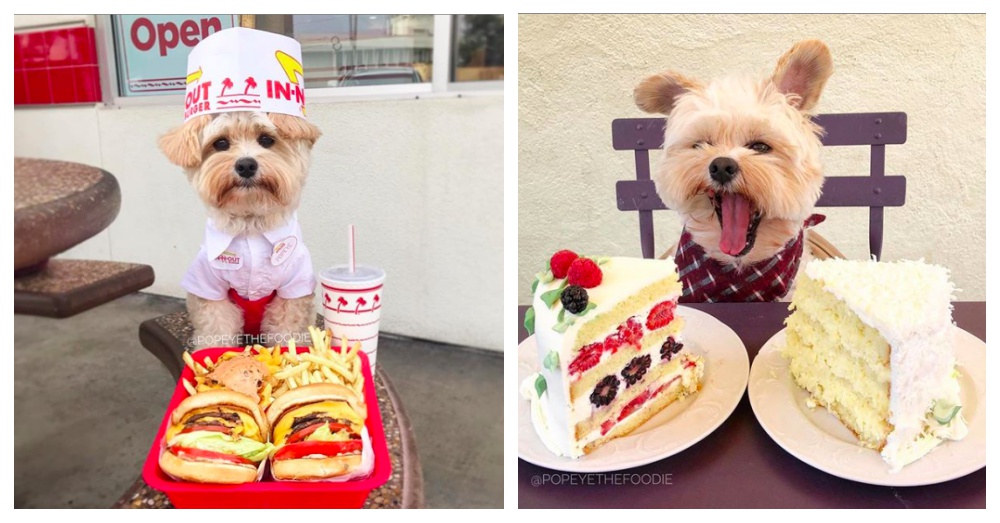 After all, dogs just want to be with their humans and everything is better with dogs.

Tiny Kitten Attempts To Jump On Coach, But Doesn’t Even Come Close: Click “Next” below!