A Horse Walks Into A Bar

A horse walks into a bar, and the bartender asks, “Why the long face?”, a common joke that became reality in a pub.

The joke was on the staff of a local pub in Lyndhurst, England. The last thing customers expected to see walk into the pub, was a horse.

Martin Barrett, owner of The Oak Inn in Lyndhurst, and bartender Lizzy Peeling were preparing for the next round of customers on a Sunday afternoon, when they were shocked by a surprise visitor. “We’re a very small pub with only 40 covers. We were just turning all the tables round and getting the drinks orders in when someone said ‘there’s a pony in here’. I looked over and it was stood at the end of the bar,” Martin told Horse and Hound. 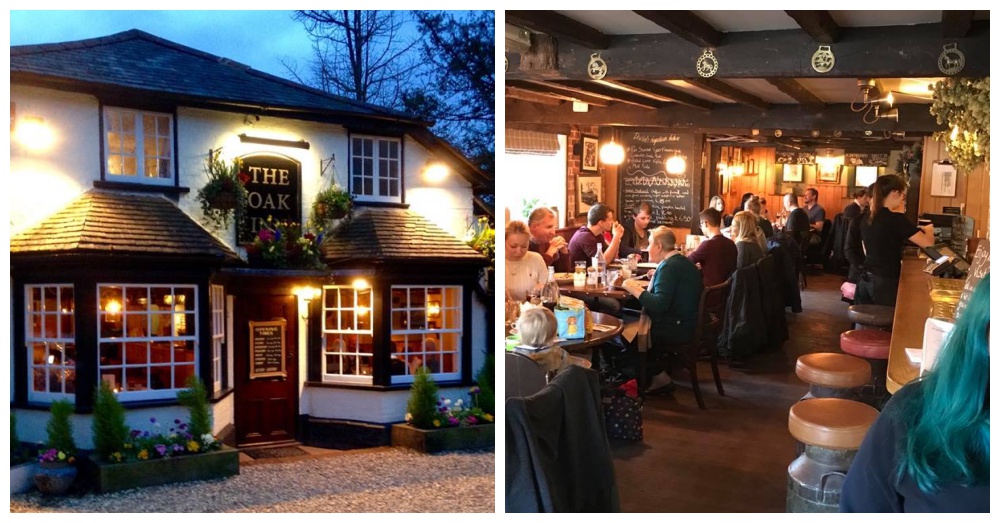 Thankfully, Lizzy was experienced with horses, since prior to working at the pub she had a career with horses. She calmly walked over to the horse. “She just said ‘it’s alright, I’ll sort it’. She strolled round the bar, spoke to it, put her hand on its nose and guided it out of the door,” recalls Martin.

After the pony exited the pub, business resumed as usual, but the excitement was not over. “We carried on with service, but then 10 minutes later it came back in again.” The pony named Inca was determined to explore the pub and see what delicious offerings they had. Lizzy needed a second pair of hands to help evict the trespassing pony. 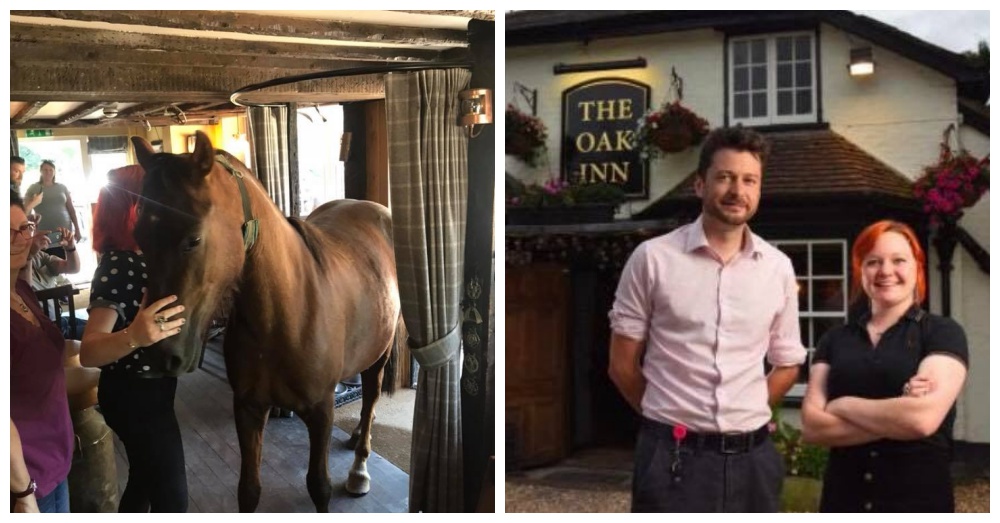 “I’m not sure why we didn’t close the door the first time,” said Martin. “This time he’d come right in and when we tried to get him out he got stuck by the door and that woke him up a bit. Lizzy managed to manoeuvre him into the right position and I gave him a quick tap and we were able to drive him out of the door.”

The customers were getting lunch and a show, but the fun was not over. Shortly after the pony was removed from the restaurant, a few of more ponies joined Inca at the front of the pub. They decided if they were not allowed in, than no one else was getting in or out. “He was stood in front of the door not letting anyone in and there were a lot of people taking pictures,” Martin explained. “Five minutes later another couple of ponies turned up and they all stood there in front of the door.” 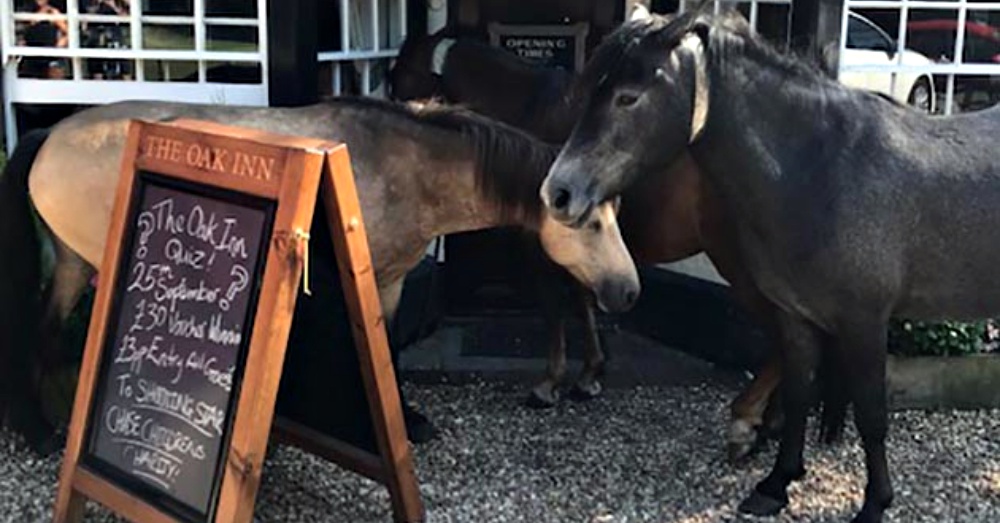 New Forest ponies are a common site in the area. They have frequented the outside of the pub to entertain the customers for a truly unique experience. “They congregate outside sometimes and stand and stare or wander round leaning against people’s cars. Our customers have lunch and shuffle towards their car and the ponies will just stand there.”

Martin goes on to say, “Eventually the customers manage to get in the doors, and then they turn engine on and the ponies doesn’t move — eventually they look to us to go out and move the ponies. The kids love it as they like to take photos.” 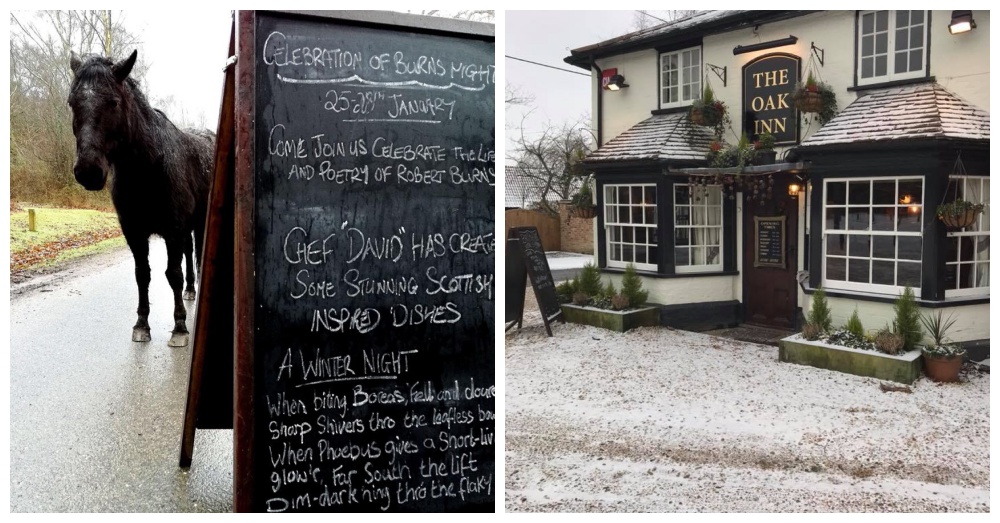 The picture of the pony in the pub went viral once Martin posted it to Facebook. It also caught the attention of the ponies’ owner, whom immediately contacted the pub. “She said she’d be down to check on them and said she hoped it hadn’t been a problem, but I told her not to worry and to pop in for a bit of lunch!”

He appreciated the boost it gave his business on social media, and was especially grateful Lizzy was there. “If she wasn’t there I don’t know what I would’ve done. If the pony had gone off into the pub it might have gone a bit mad,” he states.

Here’s What Happens When A Man Brings His Horse Into A Tractor Supply Store: Click “Next” below!