Two rescued pit bulls are paying forward the kindness they received by nurturing blind cats. Alfie, who was once scheduled to be euthanized, and Frankie, who suffered from mange, have become surrogate mothers to a trio of rescued cats who lost their sight, helping the felines adjust to their changed lives.Helen is an adult cat who suffered from emaciation and glaucoma, and Bruce and Willis are sibling kittens whose eyes were ulcerated and infected. All three were treated at the Faithful Friends Society in Wilmington, Delaware, where veterinarians decided that removing their eyes was the best course of action. 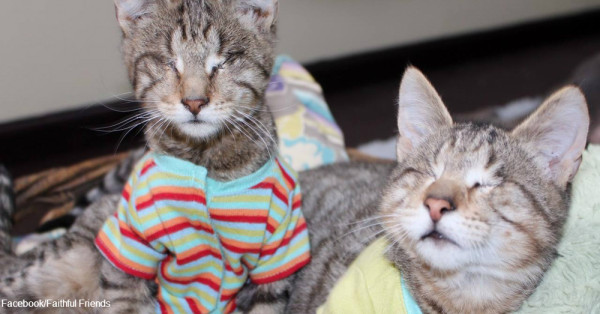 When the cats had trouble adjusting to blindness, volunteer Sherry Stewart decided to foster all three at her home. There, Alfie and Frankie immediately took to the recovering trio, and seemed to sense that they needed extra care. The dogs’ affection was the tonic that Helen, Bruce and Willis needed, according to Stewart. The dogs licked the cats to clean them, and cuddled with them as well. Bruce has become so comfortable with the dogs that he climbs on them and curls up to take his naps on their backs. Willis has become confident of his surroundings and now knows where things are, and Helen can even climb the stairs. She spends most of her time in Sherry’s kitchen. 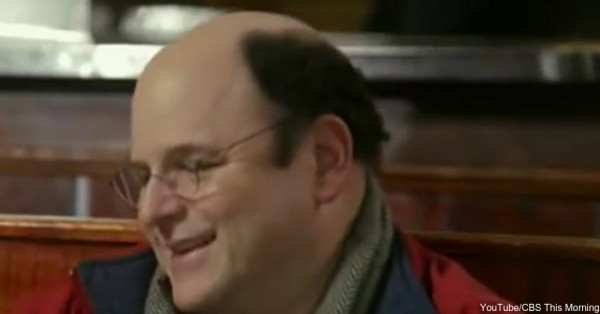 Alfie, 9 years old, and Frankie, 4, both went through their own periods of recuperation under Stewart’s care. Now Alfie is a therapy dog at Nemours/Alfred I. duPont Hospital for Children. Though he and Frankie usually bond well with other foster animals in Stewart’s home, they really stepped it up for the blind cats. Bruce and Willis are up for adoption as a bonded pair and will go to their permanent home together. Helen, too needs a forever home where she can bond with children and other animals. There’s no doubt that Alfie and Frankie will continue providing love and healing to other animals in need of care. Despite cultural suggestions that dogs and cats are natural enemies, the animals often get along in shared circumstances, as you can see in this video of a pit bull playing with a kitten.