Horse fighting in the Philippines is banned under the Republic Act No 8485 (also known as the Animal Welfare Act of 1998). Yet, horse fights and abuse have become commonplace in the Philippines, particularly in the islands of Mindanao.

According to the Daily Mail, a mare in heat is introduced to two stallions who then fight for the right to breed with her in a public exhibition. The battle continues until one of the stallions retreats or dies. Many mares end up as collateral damage during the fight while hundreds of “winning” stallions die in the days following from severe internal injuries left untreated.

Some fighters even sharpen their horses’ teeth so they can inflict more damage with each bite. In many cases, terrified mares are mounted and raped by the winning stallions, and the losing stallion is left bloody and dying in the arena, Network for Animals reports. Wounded animals often leave the event bleeding from their eyes, as if they were crying blood.

“This shameful form of entertainment is extremely cruel to horses. We aim to put an end to it by collecting the evidence we need and taking it to the decision-makers. We believe this appalling tradition has gone on for far too long and now is the time to strike,” said NFA’s chief Asian campaigner Paul Seigel.

Today, bets run as high as $20,000, but the cruel practice has been going on in the region since the 1980s. Anyone engaged in horse fighting can be imprisoned for six months to two years and fined up to $2,200, depending on whether or not the horse dies, Rappler reports.

But the horse fighting continues. Why?

The answer is, horse owners, promoters, sponsors, betters, and even government officials would rather keep the blood money than stand up for these animals.

“It’s not easy to change a culture that’s been on our islands for 50 years but we’re making great progress,” said Network for Animals campaigner Medino ‘Dino’ Yebron.

The criminal horse fighting syndicate is well-financed and well-armed, according to Network for Animals. Multiple governments have issued do-not-travel warnings in some areas due to sudden attacks and kidnappings from these organizations.

Help us put an end to this violence. Click below and take a stand for horses in the Philippines!

Stop Horse Fighting In The Philippines 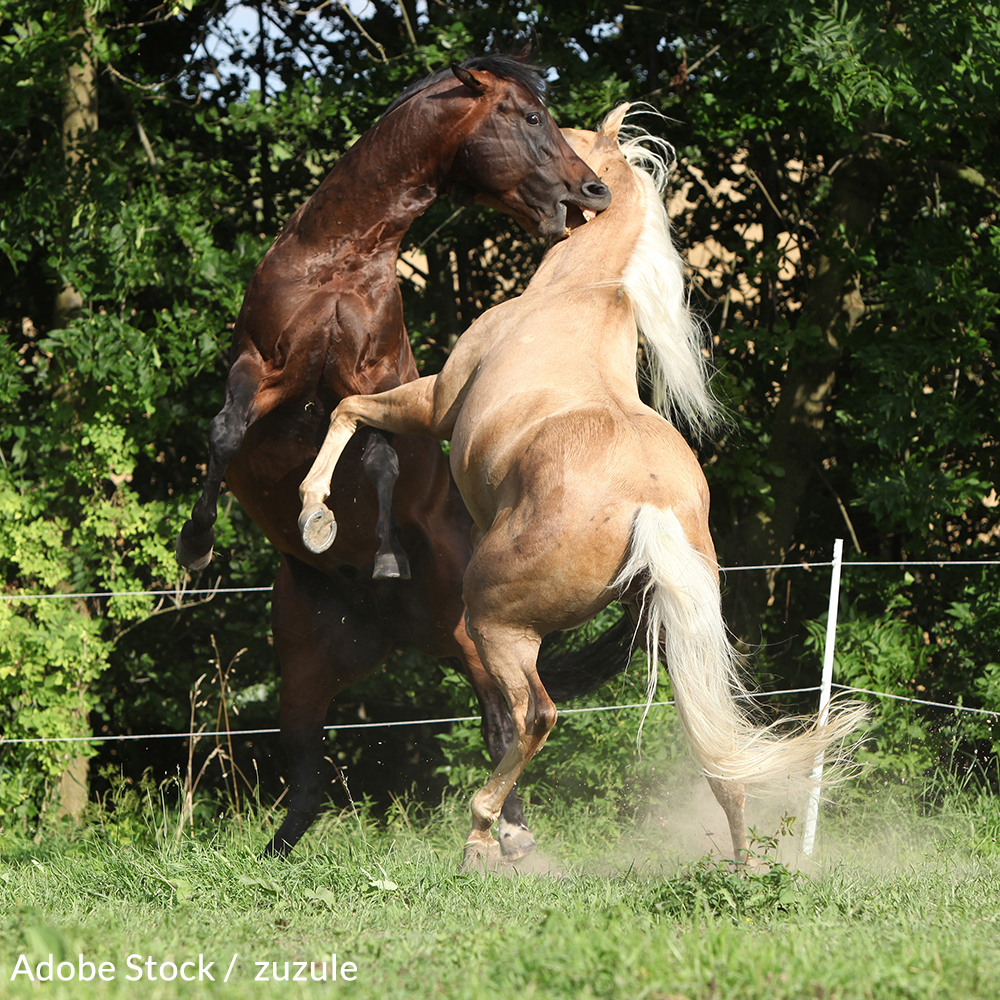 Horses are being forced to fight to the death in the Philippines.

A mare in heat is introduced to two stallions who then fight for the right to breed with her. The battle continues until one of the stallions retreats or dies.

This cruelty needs to stop now! Sign the petition and demand stronger penalties for those convicted of horse fighting!