Studies show as many as 65% of pet owning women will delay leaving an abusive home due to fear for the lives of their pets, putting them further in harm’s way.

Outside the situation, it can be hard to understand why someone would stay in a relationship that results in physical, emotional, and physiological harm, Psych Central reports.

The truth is, walking away from an abusive environment is incredibly complex. According to Women Against Abuse, the dynamic between the person inflicting violence and the person experiencing violence in and of itself complicates the path to safety.

Research shows abusers often have a pattern of violence towards all members of the household – including children and pets, Red Rover reports. When domestic violence survivors seek to flee their abusers, many are faced with the challenge of finding shelter for themselves, their children, and their pets.

According to the Center for Counseling and Healing, domestic violence is rooted in power and control, and leaving an abusive situation can be a dangerous time for a victim/survivor.

One scientific study showed that 89% of women who had companion animals during an abusive relationship reported that their animals were threatened, harmed, or killed by their abusive partner.

Many shelters do not have the means to house companion animals. Sadly, many survivors stay in abusive homes for fear that the abuse of their animals will escalate if they’re left behind, or that threats to their animals will be used to compel them to go back, reports Family Services of Tulare County.

At the legislative and charitable and personal level, there are efforts you can support to end this cycle of violence.

In 2017, Illinois became the first state to pass a law requiring all salon professionals to complete a one-hour training course on how to spot warning signs of abuse, offer verbal support and refer clients to crisis groups, TIME reports.
More than 20 states across the U.S. have since considered or passed similar types of legislation. A growing number of states listed by the Michigan State University College of Law’s Animal Legal & Historical Center have also enacted legislation to include pets in protection orders in cases of domestic abuse.

Greater Good Charities’ Rescue Rebuild program is reimagining shelters for women who are victims of abuse. During Domestic Violence Awareness Month, the team helped renovate and transform a domestic violence shelter in Oklahoma so it could properly accommodate women and their pets. They converted a pole barn into an animal space, including six indoor kennels, pet visitation rooms, a free-roaming cat room, a play yard and more! Help make this project possible today and your gift will be matched, dollar for dollar, up to $20,000 by a generous Rescue Rebuild supporter!

In the meantime, click below to take the pledge to protect pets and people from abuse. Together we can change the lives of women across the country by allowing them to bring their furry companions with them in a time of need.

Pledge To Protect Pets And People From Abuse 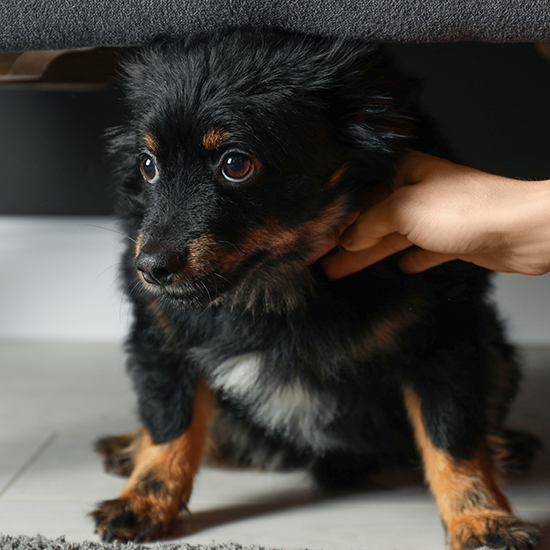 As many as 65% of pet owning women will delay leaving an abusive home due to fear for the lives of their pets, putting them further in harm’s way.

Victims of domestic violence shouldn’t have to leave their pets behind with an abusive partner to save themselves and their children.

Take the pledge to protect people and pets from abuse!