A Pennsylvania Department of Corrections drug-detecting dog died after being left alone in a squad car for two and a half hours on July 7.

The dog’s handler, Sgt. Chad Holland, put some training materials in the car during an exercise at 12:15 p.m. that day, Department Spokeswoman Amy Worden reported. It wasn’t until 2:44 p.m. that Holland realized Totti, a 2-year-old yellow lab, was also inside. 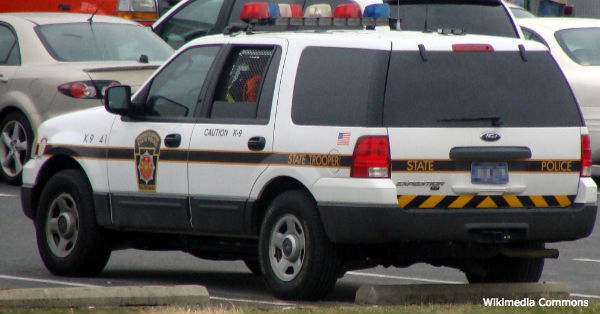 According to PennLive, Holland, some fellow handlers, and Capt. Scott Vangorder, head of the Drug Interdiction Unit K-9 Academy, attempted to cool the unconscious dog down after it was taken from the car, and by 2:58 p.m. Totti had come to. Medical technicians couldn’t reverse his high creatine levels and heart rate, though, and Totti died at 7:30 p.m.

“Everyone involved was incredibly and understandably upset and concerned for the dog,” the Pennsylvania State Department of Corrections reported. “Unfortunately the dog did not survive. This has been very devastating for everyone involved.”

Following the incident, the director of the Drug Interdiction Unit reviewed safety measures with the 22 handlers at the department. Holland has served with the unit for nine years and remains employed as the investigation into Totti’s death is performed by Pennsylvania prison officials.

While no dog should ever be left in a car unattended for an extended period of time, some states are legislating protective measures that allow even ordinary citizens the right to break animals out of hot cars without worry of prosecution. Follow this link to read more about good samaritan laws and what they mean to you.