Obesity is the number one health threat to pets. The added weight makes it hard for them to move and puts stress on their organs. A healthy pet is a happy one.

Mike Wilson and his girlfriend Megan, went to the local shelter looking to add a cat to their family. Originally, they thought about adopting a kitten, because they had two other male cats at home. However, an overweight 33-pound cat stole their hearts. 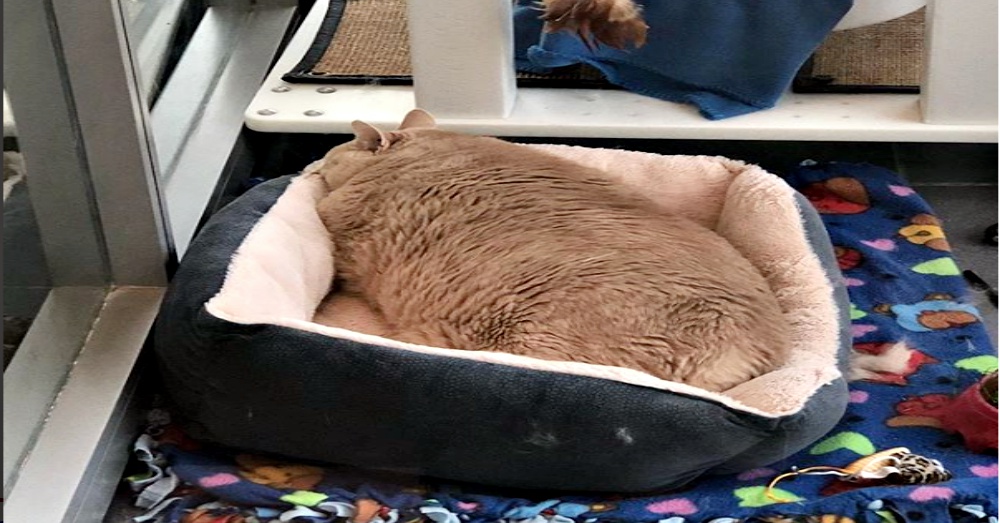 Three months ago, the big boy arrived at the Humane Society of West Michigan. Bronson, a 3-year-old cat, was surrendered to the shelter after his previous owner passed away. He was in desperate need of a loving home that would help him lose weight.

“They wanted him going to a home with parents that were going to make sure that he got the exercise he needed and were going to take good care of him,” Mike told Love Meow. 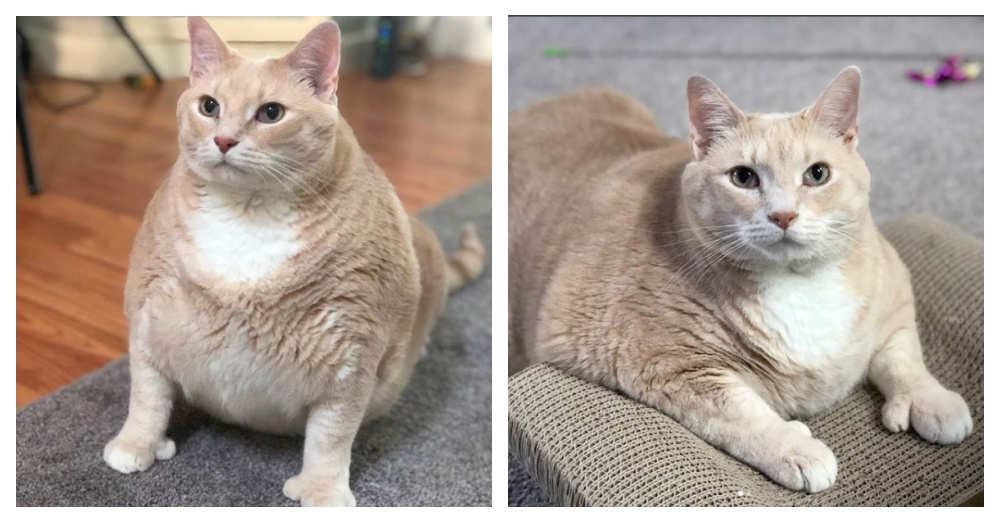 The couple was a perfect fit, because they owned a cat furniture company that encourages cats to be active. Since his arrival, the staff had not seen him walk. The couple went over to him in his plush cat bed and started to pet him. Immediately, he started to purr and seemed really friendly.

Bronson is a special cat with extra toes on his front paws. “Bronson had very prominent thumbs, kind of shaped like our home state of Michigan,” exclaimed Mike. It was a purrfect match. As soon as the couple decided to adopt Bronson, he stood up and walked with them. The couple adopted Bronson and took him home that day to start his journey to a healthy life. 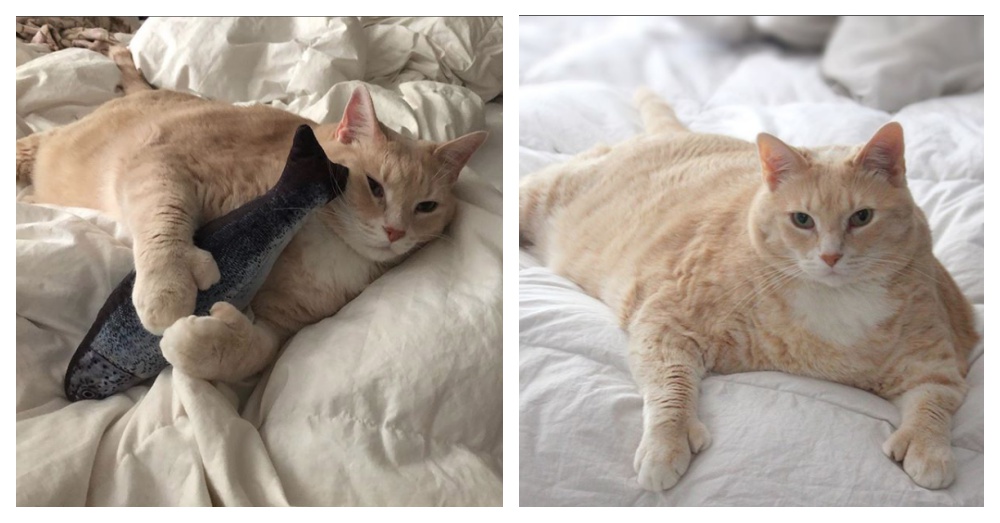 At first, Bronson was a bit shy with his cat siblings, but quickly warmed up to them. He continued to surprise his new parents by walking around and exploring his new home. The curious ginger loved to play with toys. “We were surprised to find out Bronson wasn’t really food motivated. He was prescribed a specific amount of calories by our vet and there were days when he didn’t even finish his measured amount.”

“We were worried that he would be losing weight too quickly, which can be very dangerous for some animals, like cats. Their livers can’t handle quick weight loss like people can and they can get fatty liver disease. It turned out that he was still losing weight, but super slowly without finishing his prescribed amount of food,” states Mike. 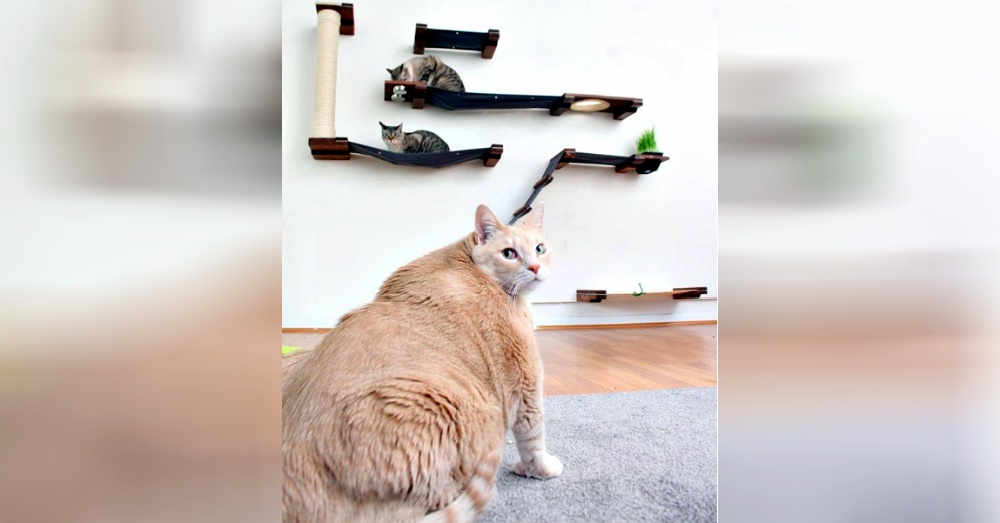 Bronson needs extra encouragement to play, but is doing well. The couple started an Instagram page to document his journey. So far, the journey has helped Bronson along with helpful tips from followers. The chubby boy is slowly losing weight, and on his way to a healthier life.

You can continue on the journey with him @iambronsoncat.

Man Takes His Beloved Senior Dog For Walks On A Cart, Because He Can No Longer Walk: Click “Next” below!