All zebras have stripes but no two zebras have the exact same stripes. The stripe pattern has been studied by scientists to see if it deters biting insects or if it offers temperature control for the animal. While many still wonder if zebras are white with black stripes or black with white strips, one thing is certain – a baby zebra recognizes its mom by her stripes.

Sheldrick Wildlife Trust in Kenya recently took in an orphaned baby zebra, just a few days old, after his mother was killed by lions. “Diria is a very brave little chap. After lions killed his mother and then set their sights on him, Diria survived by hiding in plain sight among a nearby herd of goats,” wrote the trust. 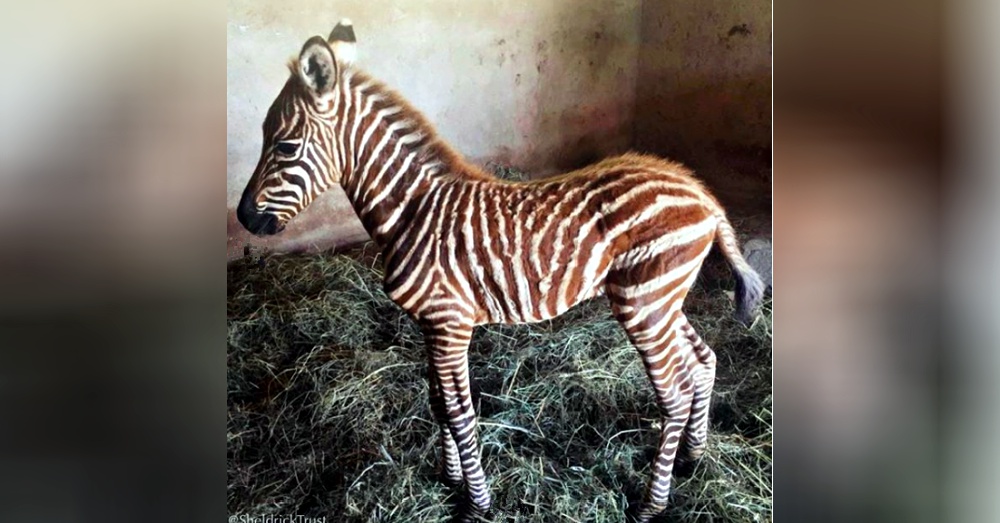 All orphaned animals are cared for until they are old enough to return to the wild. However, that means coming up with creative ways of caring for the wild animals.

Zebras imprint on their mother’s stripes at birth, so the caretakers wanted to come up with a way to simulate his mother. The orphaned zebra was named Diria and caretakers came up with a ‘clever workaround’, a zebra-striped jacket. “Every time a Keeper is on Diria duty, he dons this special striped coat. It’s worked like a charm, and the pint-sized zebra now happily trots after whichever Keeper is wearing the designated stripes,” posted the trust. 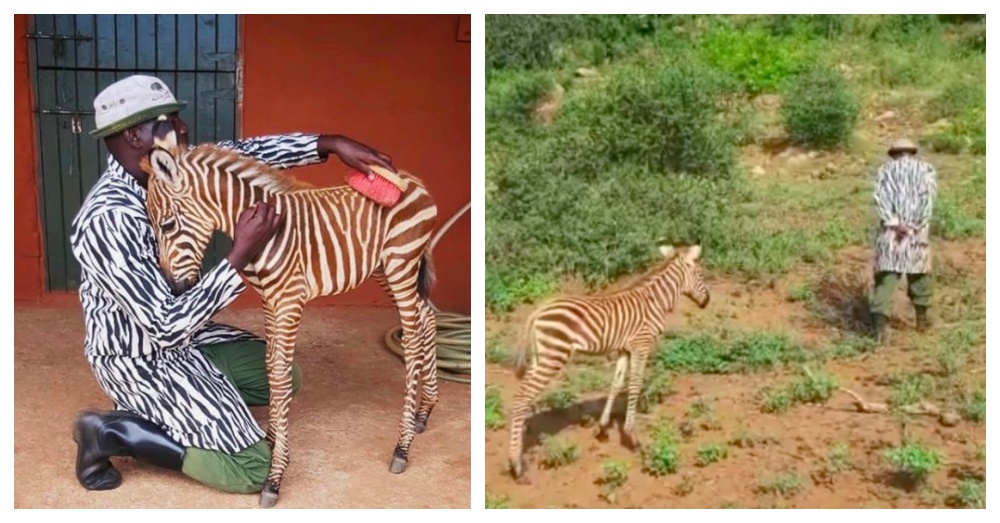 The caretakers love pampering the little zebra but one day he will return to the wild. The trust rescues the orphans but promises all of them the same thing – freedom.

They said, “We make the same promise to every orphan we rescue, to help them reclaim their birthright and return to a life in the wild when they’re ready. Diria won’t be ready for that for quite some time, and we will care for him every step of the way!”

You may have noticed that Diria is white and brown striped but that is because he is very young. His stripes will turn black as he matures.

Watch Diria chase after his caretaker in the video below and don’t forget to share.

A little Diria to brighten your day! (And make sure you watch through to the end to see his best gallop.) Diria is a very brave little chap. After lions killed his mother and then set their sights on him, Diria survived by hiding in plain sight among a nearby herd of goats. Now, we’re raising him at our Voi Reintegration Unit, where we have successfully raised several orphaned zebra before him. You may be wondering why Diria’s Keeper is wearing such an eye-catching jacket. A zebra foal imprints on its mother by her unique striped pattern. So, our Keepers put on this special jacket when they work with Diria so he recognizes them as his carer, without becoming overly attached to any one individual. _________ Video © David Sheldrick Wildlife Trust #SheldrickTrust #DSWT #Diria #zebra #kenya #whyilovekenya #conservation #tsavo #protect #africa #wildlife

Couple Rescues Baby Zebra Entangled In Poaching Snare With Wire Wrapped Tightly Around Its Neck: Click “Next” below!