We can learn so much just by watching animals interact with one another. A family of orangutans and a family of Asian small-clawed otters are showing the world how to peacefully co-exist.

The otters live in a river that runs along the enclosure where the orangutan family lives at a zoo in Belgium. The vastly different species have not only found a way to co-exist but actually enjoy each other’s company. Recently, the Pairi Daiza zoo in Domaine du Cambron posted adorable photos of the two families interacting. 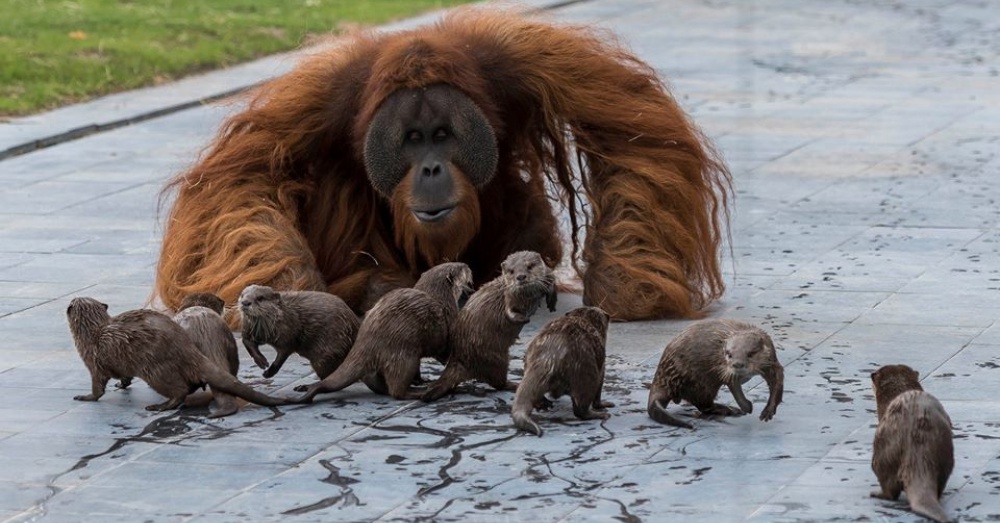 One photo shows several tiny otters approaching a large orangutan named Ujian. The 24-year-old primate seemed thrilled to visit with the adorable neighbors. The otters gathered around the wise orangutan and as J.K. Rowling put it, are “having story time”. 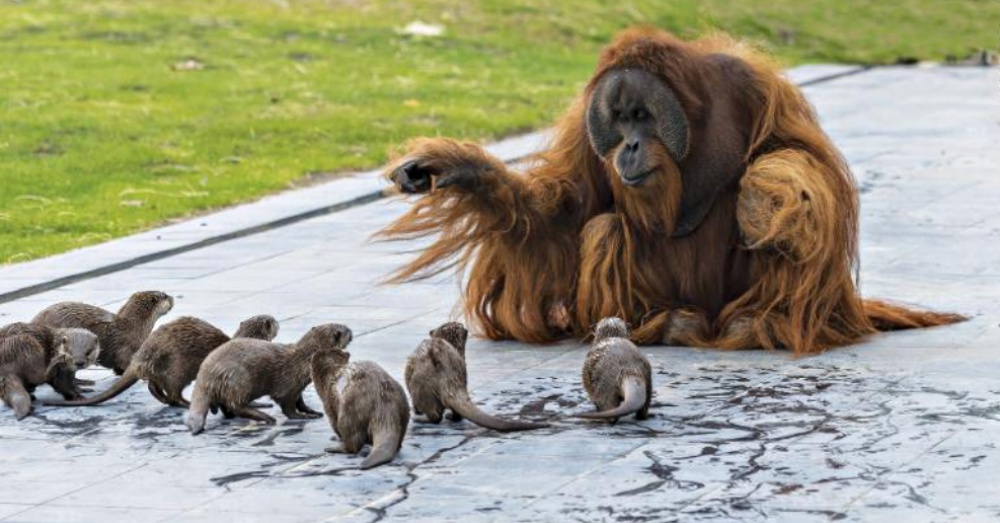 Other photos captured Berani, a three-year-old orangutan, signaling an otter to come closer and playing what appears to be a game of peek-a-boo. 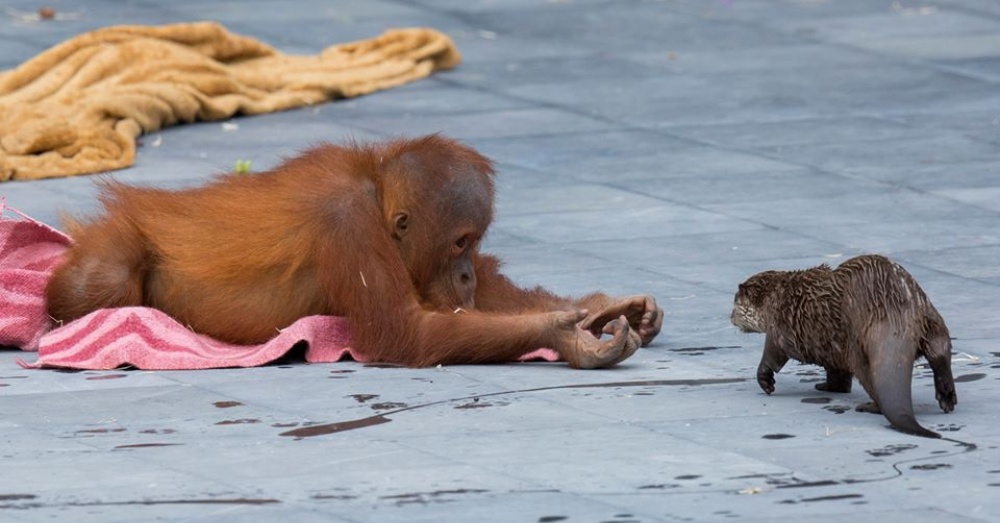 Their adorable relationship is described by zoo staff as a “wonderful enrichment for both species.” The zoo reassured fans the photos were not photoshopped and wrote, “😁 A little happiness to share … If we are distant from each other in this difficult time for all of us, some of our protected people have been bringing thousands of smiles on the five continents …” 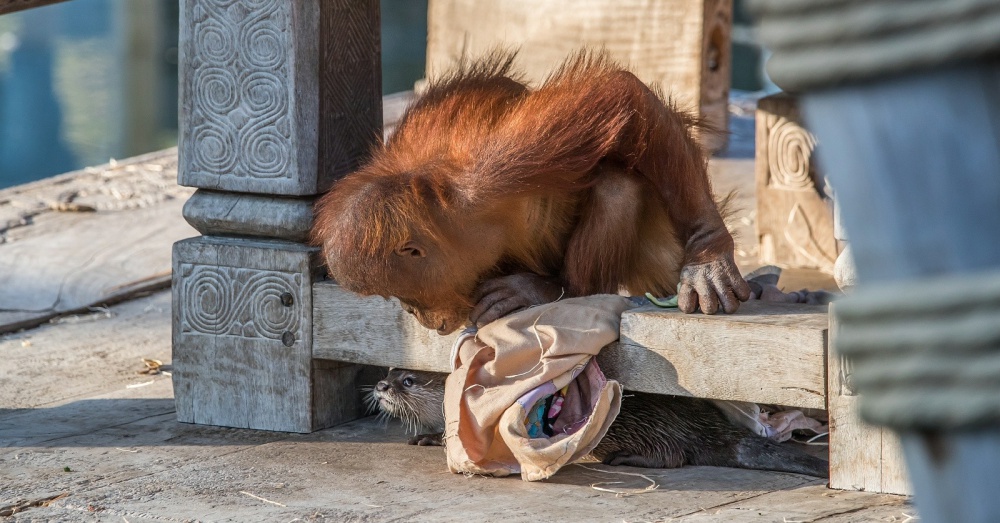 The zoo asked its followers to share photos of the orangutans and otters friendship, and people delivered.

Chris Tof, shared a photo that he captured of the young orangutan giving kisses to the little otters. He captioned the photo with, “A little kiss and we make peace? 🥰 🥰”. 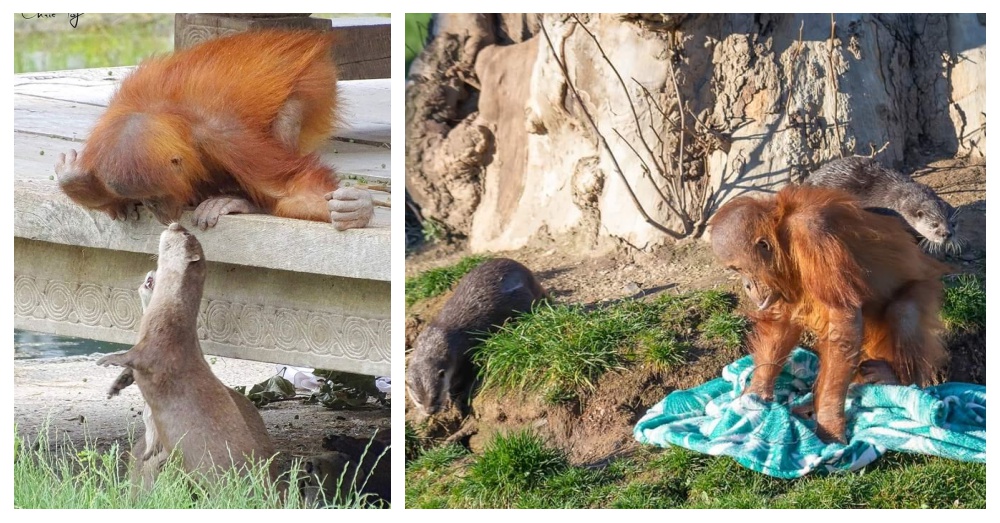 Nathalie Aupaix posted a photo and wrote, “You come, we’re going to have a picnic”.

The photos have gone viral and made the day of countless people. It is just what the world needs right now – some positive news!

Photographer Captures The Adorable Friendship Between A Tiny Owl And A German Shepherd: Click “Next” below!