Pit Bull Recovering After Being Dragged Behind Truck

Bystanders were horrified when they saw a dog being dragged behind a truck.

Hernando County Sheriff’s Office responded after multiple 911 calls reported a white pit bull mix being dragged behind a truck on Northcliffe Boulevard in Spring Hill, Florida. A witness described the truck to police and said the dog was tied to the bumper with a piece of rope that was attached to the dog’s collar.

The one-year-old pup was finally able to free himself from his collar and flew into the median. Jayson Hibbard, a Good Samaritan, rushed over to rescue the dog. He was taken to Nature Coast Animal Wellness and Surgical Center to be treated. 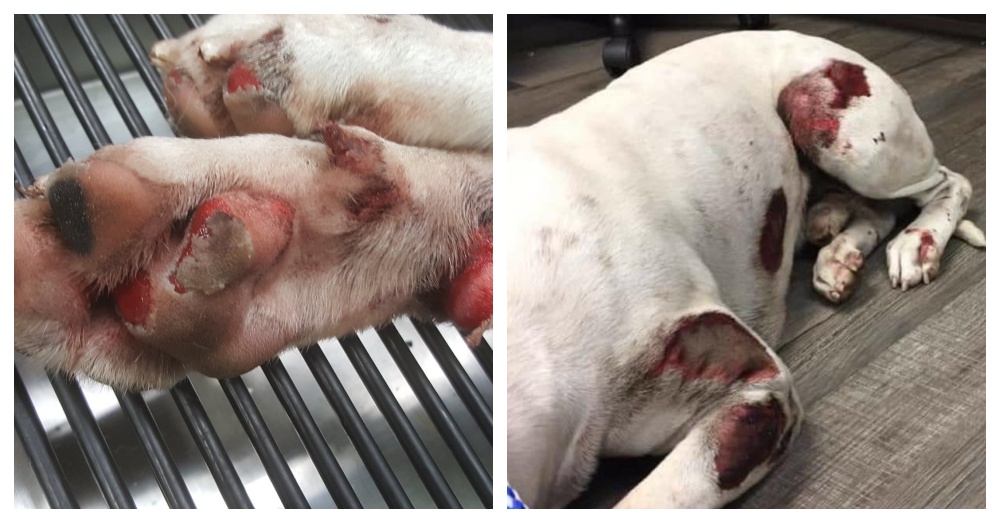 The innocent dog with a heart-shaped nose entered the clinic wagging his tail. He was covered in open wounds from being dragged against the road and bloody paws. Although he had endured so much pain and suffering, he remained a happy and friendly dog. The staff instantly fell in love with him and named him “Ollie”. 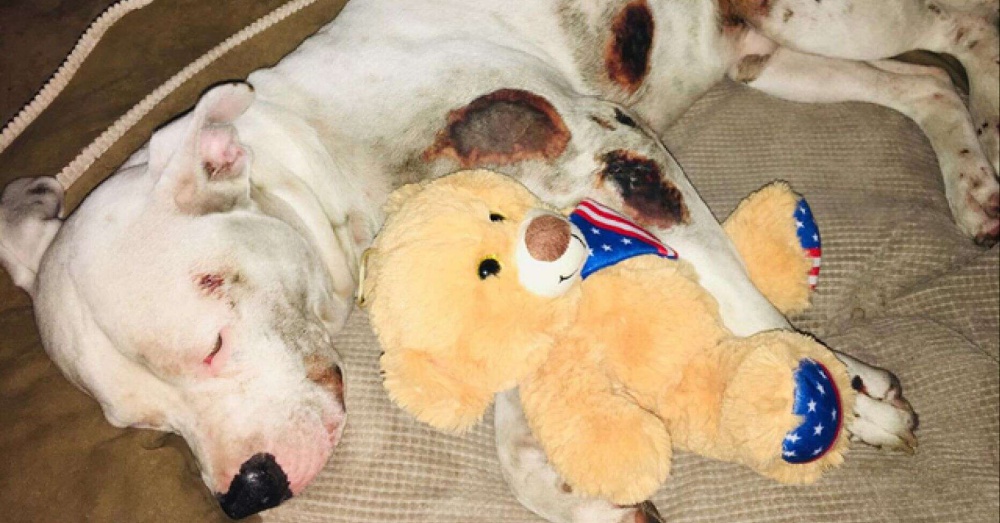 The staff is spoiling him with unlimited hugs and kisses while he heals. Miraculously, he does not have any broken bones and just needs time for his skin and paws to heal from the severe road rash. Ollie loves all the attention and has a large fan base. The center posted, “This was the most horrific act of animal cruelty and honestly, none of us are able to even to comprehend it. We so appreciate how the community and the authorities have rallied around Ollie to find justice and we sincerely thank you.” Ollie is expected to make a full recovery. 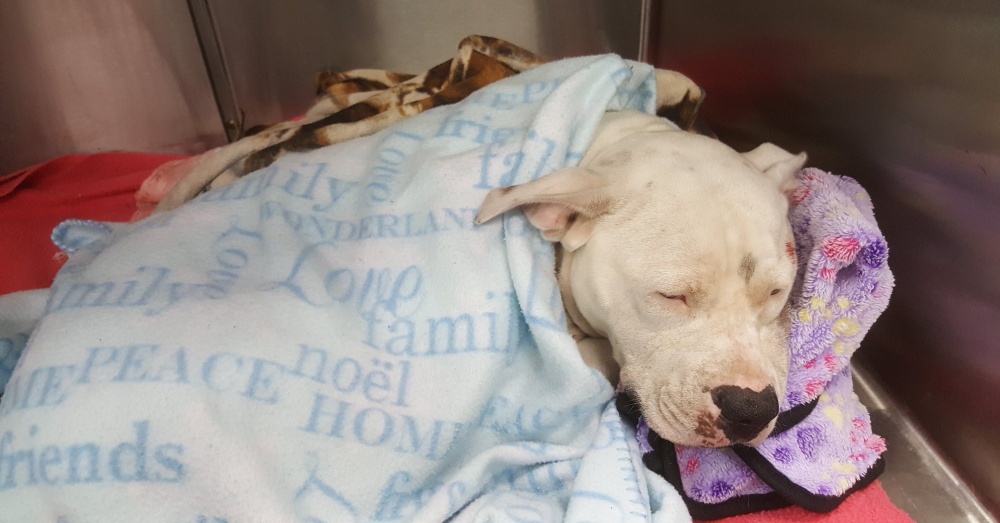 A warrant was issued for the heartless man, Gregory Tousignant. While it remains unclear if he intentionally meant to drag the dog, Hernando County Sheriff’s Office posted on Facebook, “Witnesses indicated the dog was tied to the truck’s back bumper by a piece of rope that was attached to the dog’s collar.”

They went on to say, “Witnesses said it appears Tousignant was unaware the dog had jumped out of the bed of his truck. It is illegal to carry any pet in the bed of truck that is not properly secured and prevented from jumping out of a moving vehicle.” 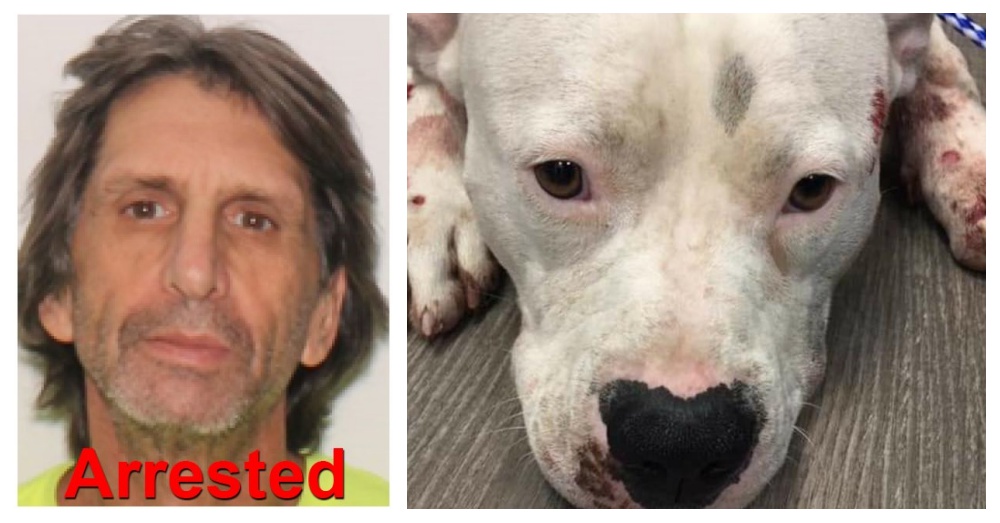 Police arrested and charged Tousignant with animal cruelty, which is only a misdemeanor with a fine of $1,000. Just another reason why there needs to be stronger laws to protect animals. 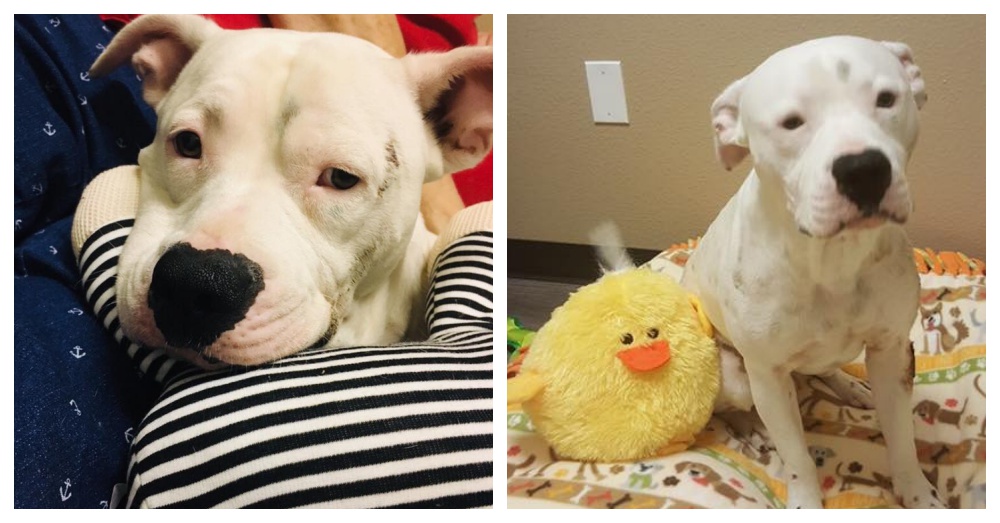 Thank you to everyone who came together to save sweet Ollie. Remember if you see something, say something, because animals are counting on us to be their voice.

New Jersey Woman Charged With Drowning A 10-Week-Old Puppy In Lake: Click “Next” below!