Maggie, an Australian Kelpie and possibly the world’s oldest dog, punctuated her record recently, as she peacefully laid down in her basket one last time and passed away. 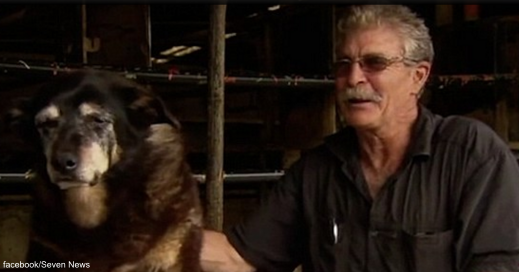 History Of The Oldest Dog

Maggie was born on a farm in the Australian state of Victoria in the mid-1980s. She enjoyed her long life and the companionship of farmer Brian McLaren, spending most days following him between the farm’s dairy and office and maintaining order among the few dozen local cats.

How Old Was The Oldest Dog?

“She was 30. She was still going along nicely last week. She was walking from the dairy to the office and growling at the cats and all that sort of thing,” McLaren told the Weekly Times. 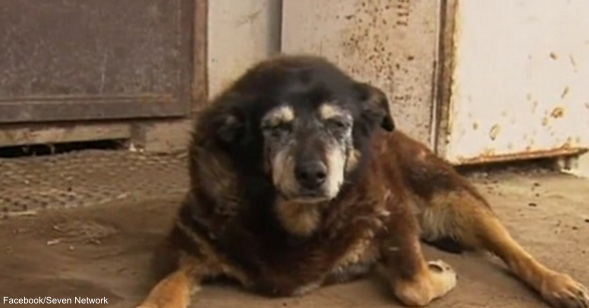 But what may seem like just three decades to us, was over 200 for Maggie in dog years. According to the BBC, McLaren says his youngest son, Liam, was four years old when they bought Maggie. He’s now 34.

Australian outfit 7 News Perth interviewed Mclaren and Maggie for a feature some time before Maggie died. She struggled to walk, but was looking happy as ever.

Maggie had been showing signs of her age before she left; she was deaf and losing her vision, but she never lost heart.

“She just went downhill in two days and I said [one] morning when I went home for lunch, ‘She hasn’t got long now,’” McLaren said. “I’m sad but I’m pleased she went the way she went … We were great mates.”

The Guinness Book of World Records maintained that the world’s oldest verified dog was an Australian Cattle Dog called Bluey, who died in 1939 at the age of 29. Bluey was bought as a puppy by a man named Les Hall, also of Victoria, in 1910 and worked among cattle and sheep for nearly 20 years before being euthanized on 14 November 1939.

Stories like that of Maggie and Bluey, let alone any dog living over the age of 20, are very rare. No matter the age, though, we need to look after our canines and ensure they enjoy the lives they have. The United States Military has been utilizing Military Working Dogs (MWD) for centuries. Right now there are literally thousands of MWD’s on the front lines around the world protecting our soldiers. A lesser known canine hero—Contract Working Dogs(CWD)—also fight alongside our United States Service men and women. Follow this link to check out how you can support their safe return. With your help, we can carry out our mission to leave no MWD or CWD behind!