It was the day Wynnewood police officer Josh Franklin shot his dog, Opie, then went to his car to get an AR-15 semi-automatic rifle and shot him again.

The Malone family and Eli’s friends had just come inside for cake and ice cream when they heard a loud noise. Eli noticed his dog was on the ground, within the Malone’s fenced-in yard, struggling to breathe.

Opie, a 3-year-old American bulldog, had been shot by Officer Franklin, over the fence. Franklin claimed that he had to shoot the dog to protect himself, but the Malone family doesn’t believe him.

“The dog cannot jump the fence,” said Eli’s mother, Vickie Malone. “The gates to our yard are tied with wire and shoe string. The dog could maybe have gotten his head through the fence but he wouldn’t have been able to open it.” 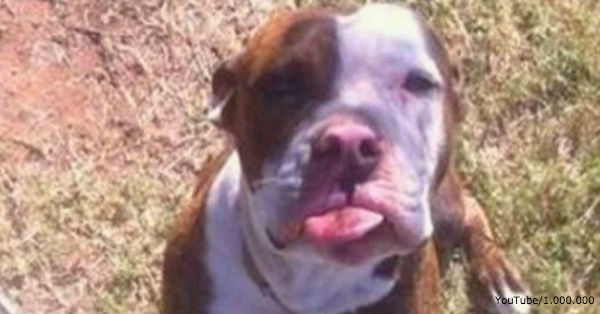 In shock, and tears, the partygoers then saw the police officer walk back to his car, pull out an AR-15 assault rifle, shoot the dog a second time, and drive off.

“He walks slowly out to his car gets an AR-15 and points it at the dog and pulls the trigger,” said Rio Youngblood, Opie’s owner and Eli’s brother. “He fires another round and it ended my dog’s life. He lowered his head and drove off.” 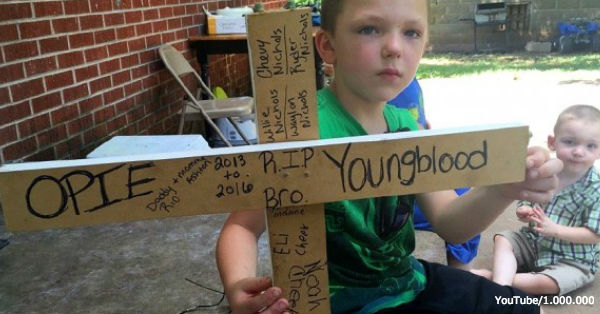 Officer Franklin arrived on the scene with a warrant for the address related to a man named Shon McNiel. While McNiel did not live there, and possibly hadn’t for 10 years, Wynnewood Police Chief Ken Moore backed up Franklin’s actions. He relayed Franklin’s story to the press, that Opie had attacked him and had to be kicked off his leg near the Malone’s house. Images of Opie’s lifeless body show the dog near the fence, where he was first shot.

The Malones say Opie was great with children, a lovable friend who would run around and play games with the family. They now have to deal with his death and the effects of witnessing the violent act that caused it.

“The dog [had lain] under a towel for over an hour before another officer showed up to take our statements,” Malone said. “The kids were all watching through the window.”

Malone says the younger children are now afraid to play outdoors, and miss Opie very much. Eli even made a wooden cross to remember his friend, signed by family and friends.

“I respect what the police do, but this was senseless, but he didn’t show any remorse and didn’t even act like he was sorry or anything,” she said.

Incidents involving pets and law enforcement are often heartbreaking and leave many questions. When Tiffanie Hupp saw an officer take aim at her dog, she intervened, and was arrested for it. But that’s not the end of her story. Follow this link to read more.