Hope For Paws, an animal rescue organization, received a call about an abandoned dog who was living in a construction site.

Rescuers drove there to try and find the dog so that they could help him. As soon as they spotted him, they secured the area with a gate so he couldn’t run away. 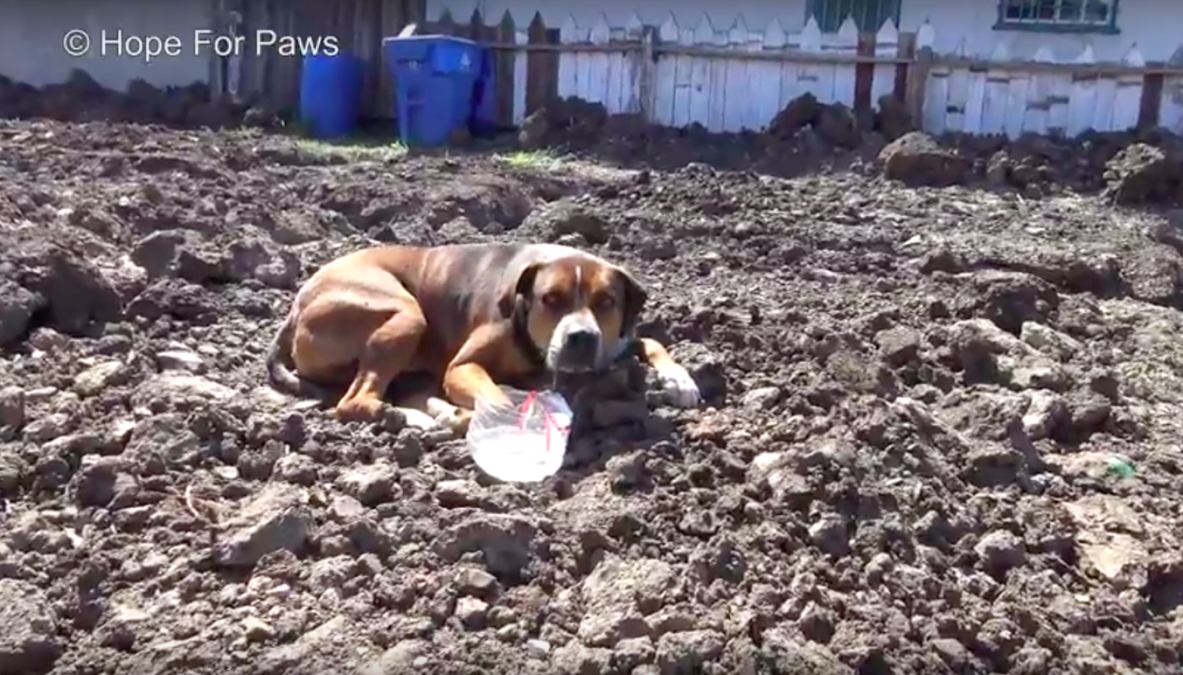 But instead of running away, he did quite the opposite. He laid in the middle of the dirt, scared and confused. They threw him some pieces of food to let him know that they were there to help him, not hurt him. Then one of the rescuers placed the leash around his neck. 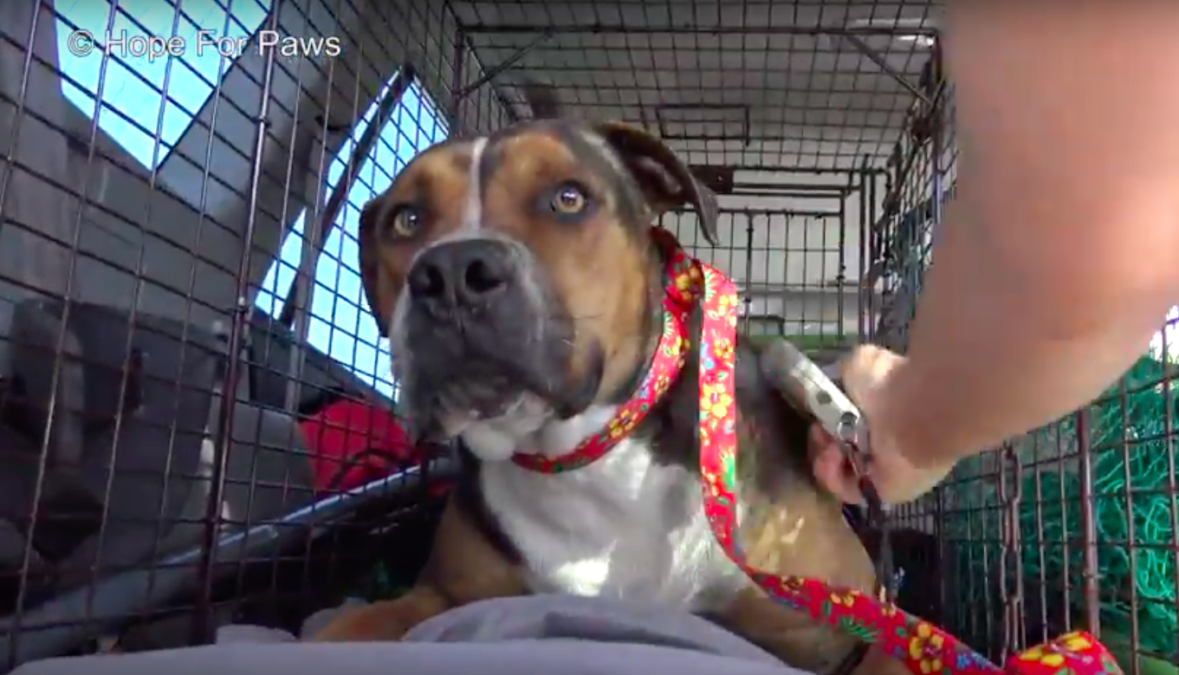 The dog, who they named Odin, did not want to leave the pile of dirt. They tried to pull him with the leash, but he wouldn’t budge. When he stood up, he immediately laid back down. 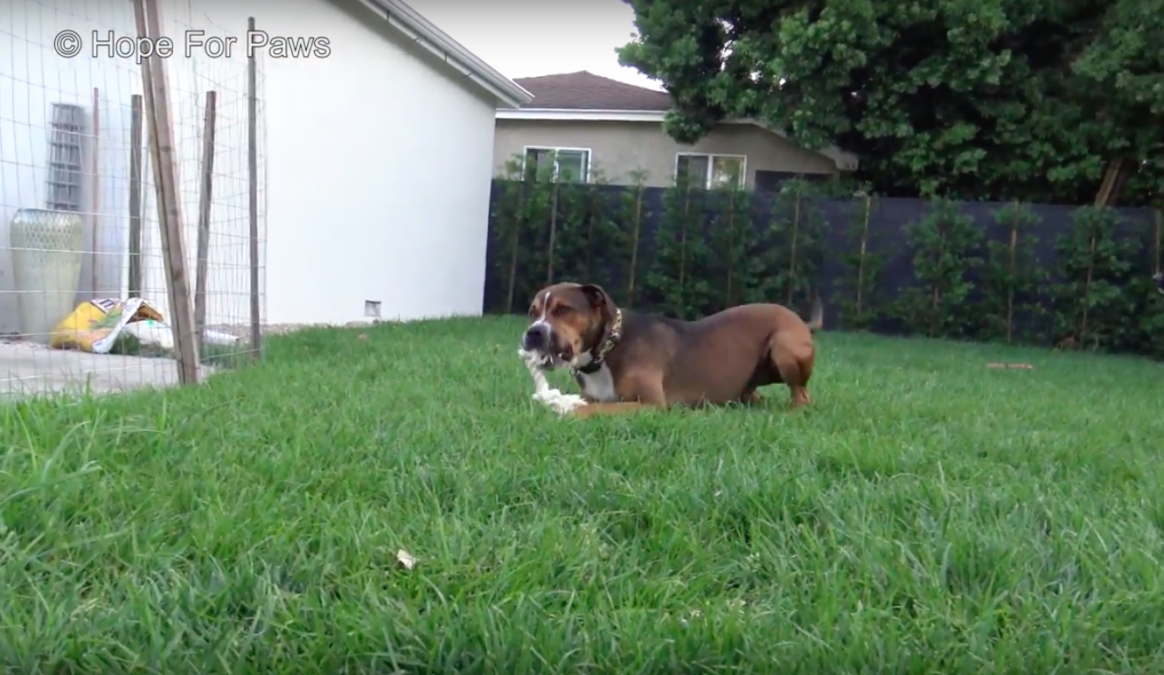 They had to come up with a different plan. The woman who contacted Hope For Paws about Odin brought a crate to the dirt area, and rescuers worked together to lift him up into the crate. They carried the crate to their car and brought him back to the hospital. 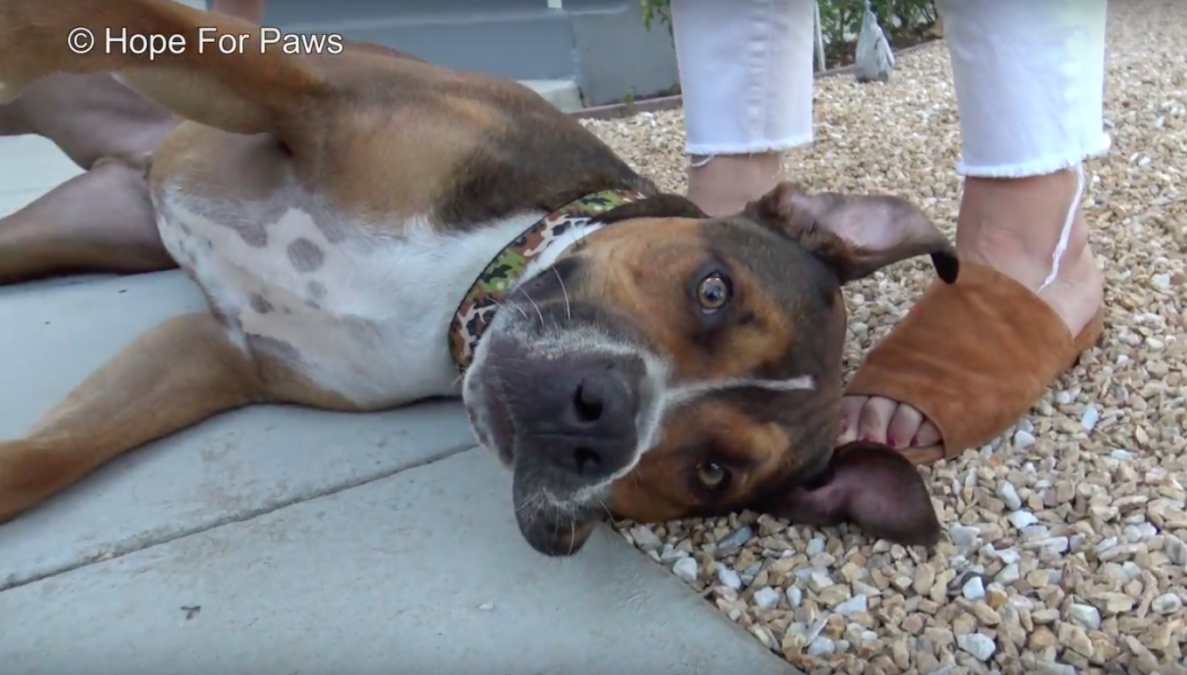 While at the hospital, they neutered, vaccinated and microchipped Odin. And the best news of all? With the help of Much Love, Odin found a forever home! He loves running around and playing in his new backyard with his new doggy siblings. The dog who was once alone and afraid and is now friendly and happy! And most importantly, he will feel unconditional love for the rest of his life!