Major Industrial Farm Fire Killed Hundreds Of Pigs, But One Was Able To Escape To A Better Life

In the summer of 2012, a major industrial farm in Missouri caught fire, killing all of the pigs who were stuck in constricting gestation crates. All but one. Thankfully Odie was small enough to fit through the bars and get out before he would’ve burned to death. 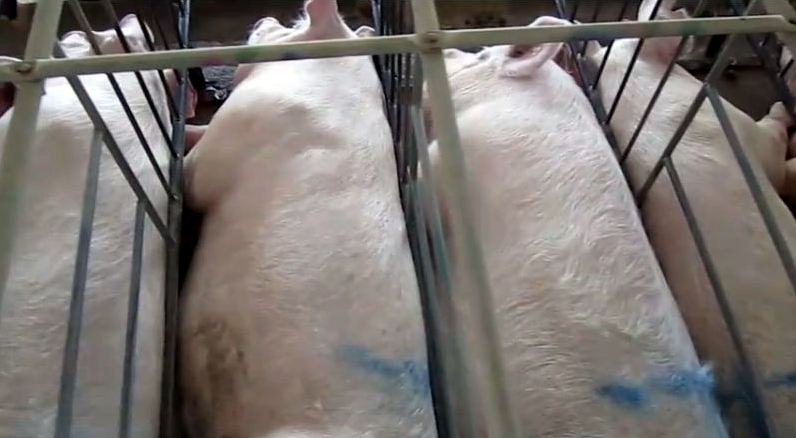 Pigs in gestation crates at a factory farm in Virginia. Credit: Wikipedia Commons

Odie lost his mother and siblings, but he was lucky enough to escape to a better life. He still has scars from the horrible burns that he received while escaping the burning building, but the pain is just a distant memory now. 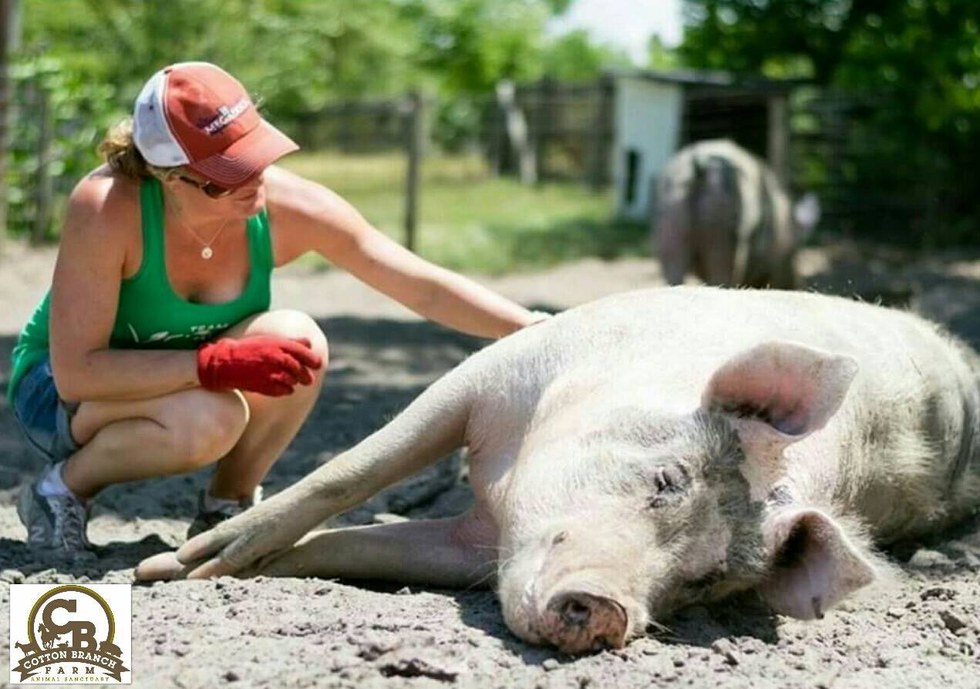 Today, he resides at Cotton Branch Farm Animal Sanctuary in South Carolina, and he is one happy pig! He loves people and really enjoys belly rubs! 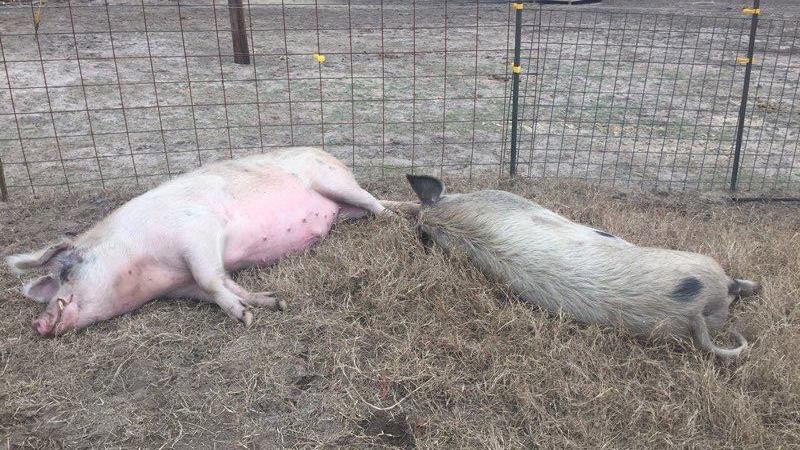 While at the sanctuary, he met his best friend, Charlotte, who arrived there from a hoarder in Louisiana. He also became friends with a pig named Freddie, who was seized by the police because he was being used as bait for hunting dogs. 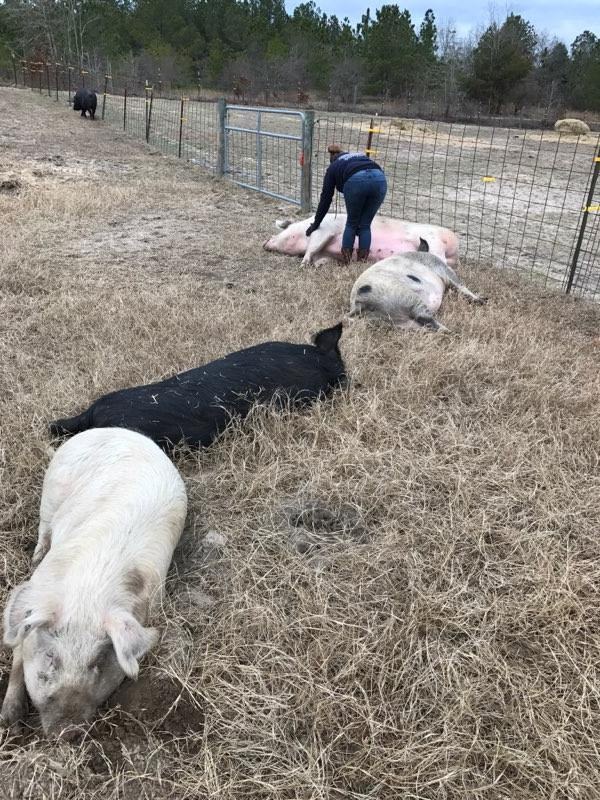 All of these pigs came from sad pasts, but there’s nothing sad about their new life! They all live together in completely happiness and never have to worry about being mistreated ever before. 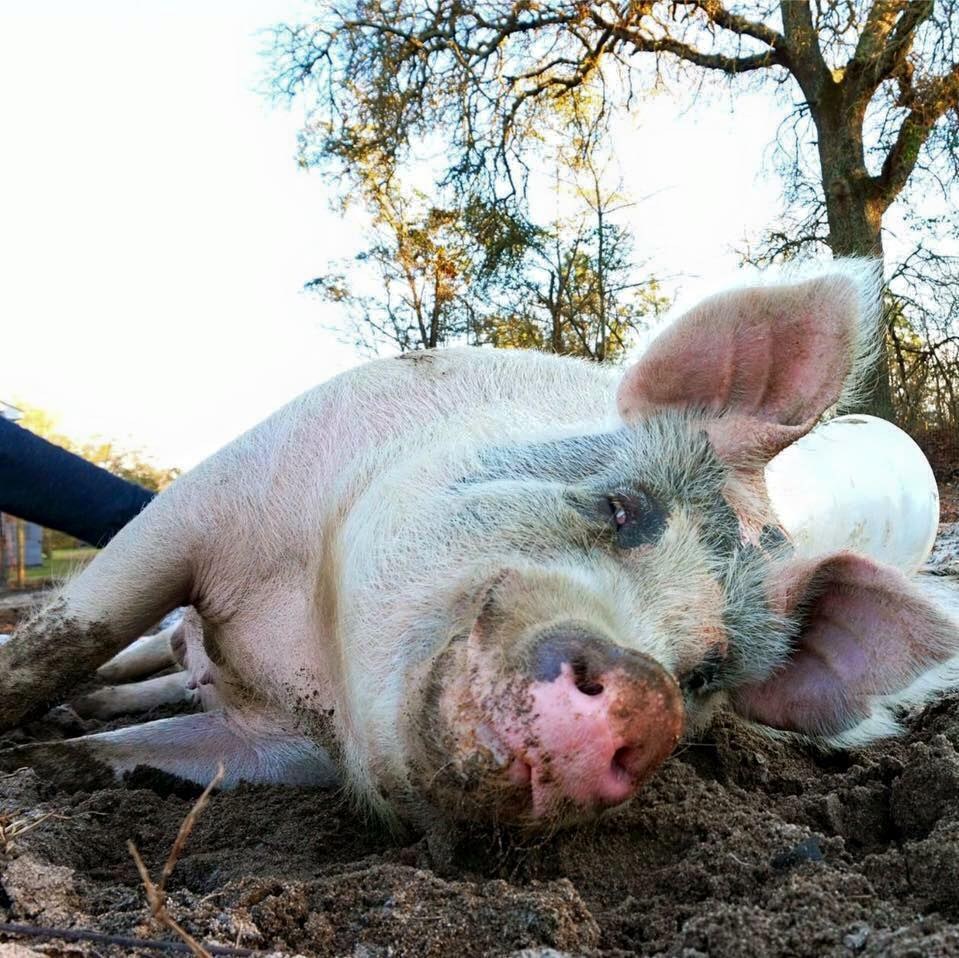 And we can’t forget to mention Odie’s beautiful eyes! “Every person who meets Odie comments on his eyes,” Evan Costner, director of digital media at the sanctuary, told The Dodo. “They are piercing, and they look into your soul, and reveal a part of his.” 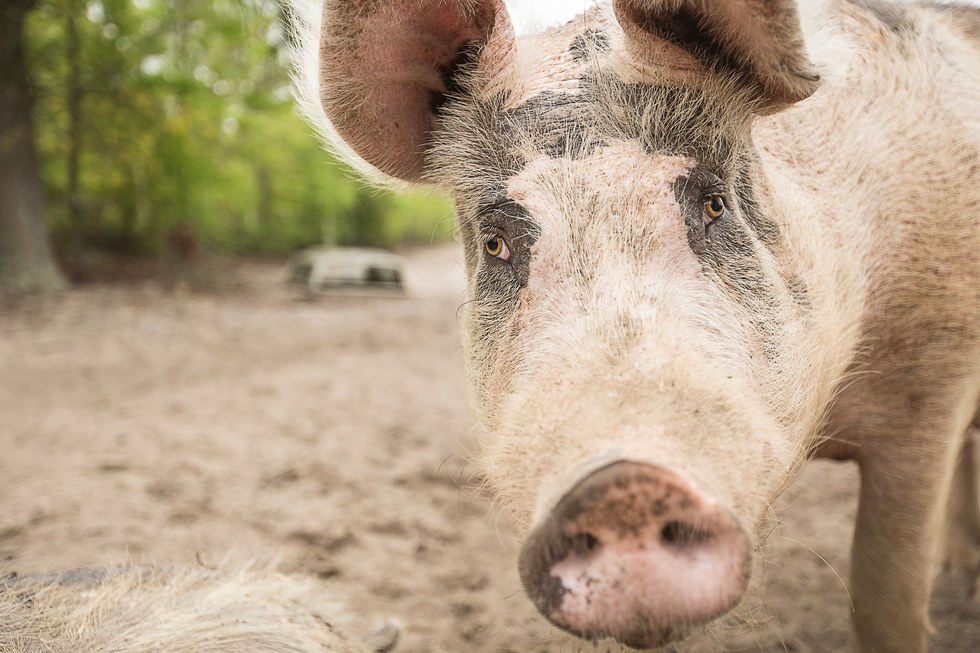 Learn more about Odie’s story in the video below: