Half of America’s cats are overweight or obese, according to a study coming out of the
Virginia-Maryland College of Veterinary Medicine.

As awareness surrounding the health risks of animal obesity grows, many pet owners are belatedly helping their bovine cats shed some extra pounds. But as you can see in the following video, fat cats don’t always eagerly embrace their new weight loss plans. 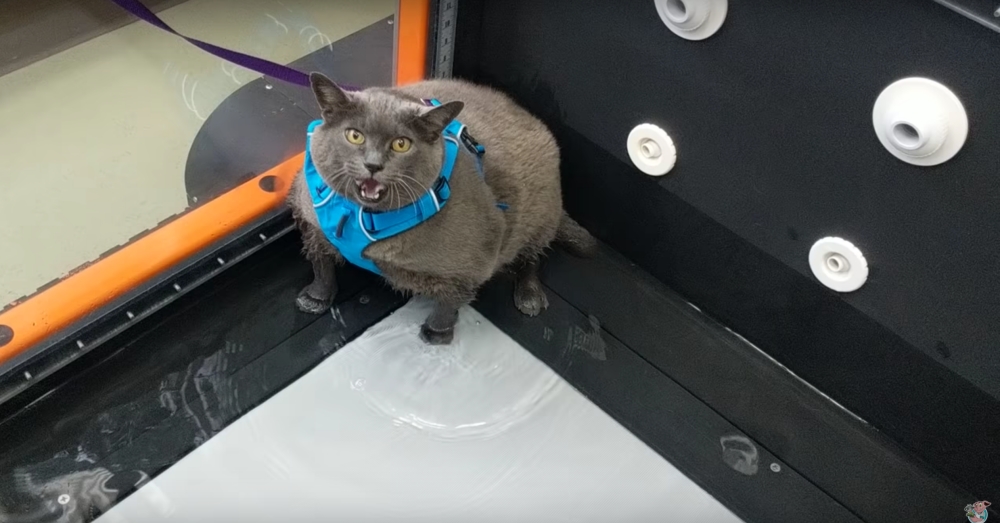 Cinder – aka “Cinder-block ”– is a morbidly obese cat recently surrendered by her previous owner, according to her vet. The doctor quickly placed the bovine cat on a weight loss program, which includes daily exercise on an underwater treadmill.

But as you can see in the following video, Cinder isn’t exactly thrilled with her new exercise regimen. The vet offers gentle words of encouragement, but Cinder only howls in protest. And while she’s been dressed in an adorable workout harness, the fat cat can only muster the strength to touch the moving belt with one paw. 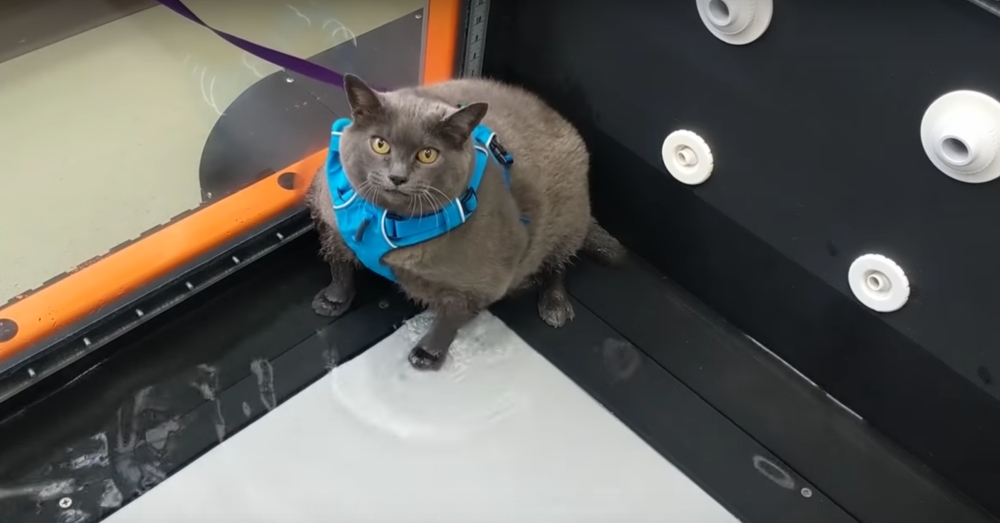 Meanwhile, plenty of people are commiserating with Cinder online – after all, who doesn’t hate going to the gym? “No no no no…. I hate workouts, too,” one user wrote in the comments.

But others shared the cat’s angry sentiments. “This is animal abuse,” another user wrote. “This poor cat is terrified. Cats hate water. Why would you do this? Horrible!” Still more wondered how Cinder’s previous owners could have possibly let her get this obese in the first place. 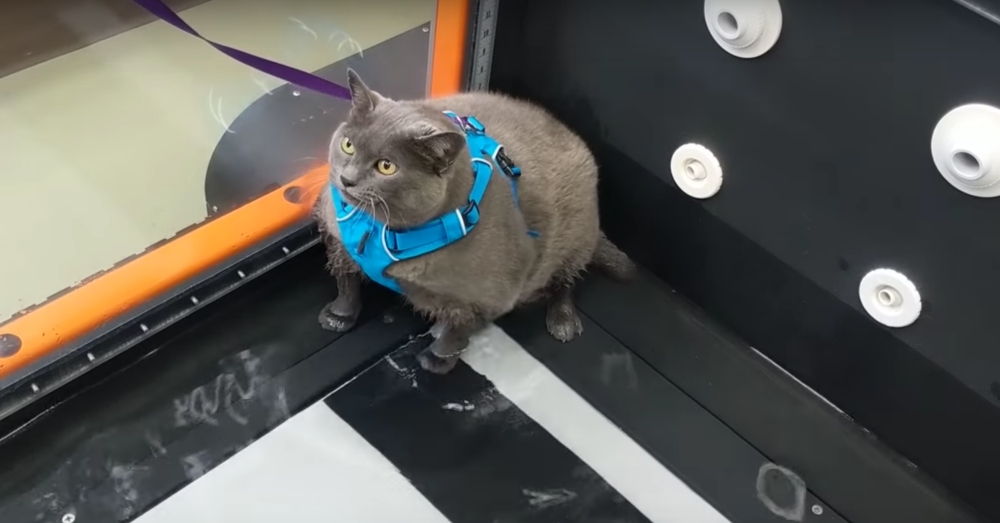 Even so, this fat cat’s workout routine has quickly gone viral, even if the Internet remains divided on whether the workout itself is cute or cruel. What do you think? You can watch the video below.

What do you think of Cinder’s workout routine? Let us know in the comments!