After 20 years of stagnation, President Obama has signed changes to the Toxic Substance Control Act (TSCA) that greatly reduce animal testing in the United States! The bill, spearheaded by Senators Cory Booker, D-NJ, and David Vitter, R-La., received major bipartisan support before being signed into law, and marks the first update to the TSCA in 20 years.

The TSCA regulates the use of numerous pesticides, biocides, cosmetics, and various other potentially dangerous chemicals. Part of the risk assessment for new and existing chemicals includes testing them on animals; the assumption being that testing on mice, rabbits, fish, and birds will give us an indication of the effects on humans. The animals are subjected to the substances through ingestion, inhalation, topical absorption, and other, more barbaric means. However, all of that is about to change. 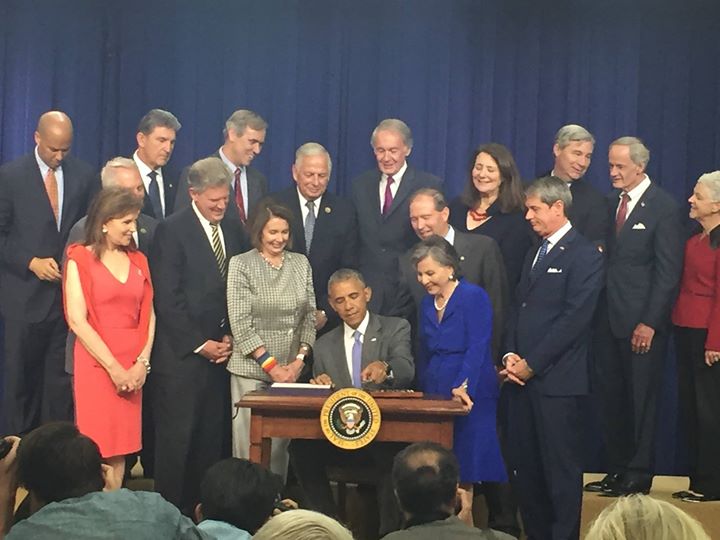 This new bill gives the Environmental Protection Agency two years to develop a new plan for testing chemicals. A disturbing number of drugs — around 92% — end up failing when tested on humans; this results in enormous financial costs and, worse, the loss of animal lives.

Sadly, the bill does not address testing on dogs or primates since they are typically not used for the same type of chemical testing. However, given the recent decision in New York to grant chimpanzees the right of habeas corpus, a huge step toward preventing any type of testing on them, there may be hope on that front as well.

Ending this incredibly expensive and often useless practice is just one more step to a more humane way of testing, and hopefully helps to inspire other countries to follow suit.

“For the first time…we’ll actually be able to regulate chemicals effectively.” —@POTUS on #ChemicalSafety Act: https://t.co/3YoAKwoq9G