Many bat species have dwindling populations due to white-nose syndrome, which involves a fungus that grows on bats while they’re vulnerable during hibernation. Another species has been hit so hard that it has new federal protections.

This week, the United States Fish and Wildlife Service (USFWS) announced a final rule that reclassifies the northern long-eared bat as endangered under the Endangered Species Act. This upgrades its status from threatened, the level at which it had been since 2015. The new classification takes effect January 30, 2023.

Martha Williams, USFWS Director, says, “This listing is an alarm bell and a call to action. White-nose syndrome is decimating cave-dwelling bat species like the northern long-eared bat at unprecedented rates. The Service is deeply committed to working with partners on a balanced approach that reduces the impacts of disease and protects the survivors to recover northern long-eared bat populations.”

This news comes after a proposal to list the tricolored bat as endangered was issued by the USFWS earlier this year for the same reason.

White-nose syndrome involves a fungus that resembles white fuzz accumulating on hibernating bats’ muzzles and wings. The disease causes bats to wake up more frequently during hibernation, which can lead to dehydration and starvation before spring. The fungus thrives in cold, dark, damp places and has been detected in 38 states and eight Canadian provinces.

The USFWS says white-nose syndrome is present across nearly 80% of the northern long-eared bat’s range, and that’s expected to expand to 100% by decade’s end. Among affected populations, there has also been an estimated decline of 97 to 100%.

These numbers, along with the decline in other populations, are worrying not just for the species’ sake, but also for people and the environment, for which bats provide a variety of benefits. They pollinate many important plants, serving as primary pollinator for some, and their pest control is key for our agricultural production. They also help keep people healthy by eating mosquitoes that carry viruses that can infect humans, and they can improve the health of our gardens.

To help address the dwindling population of bats, the USFWS is leading the White-nose Syndrome National Response Team, which involves more than 150 state and federal agencies, Tribes, and other organizations. Their work involves research into the disease and how to minimize its impacts. They’re also hoping to introduce management strategies to help recover affected populations.

Would you like to do your part to save bats? Click below to learn how you can help. 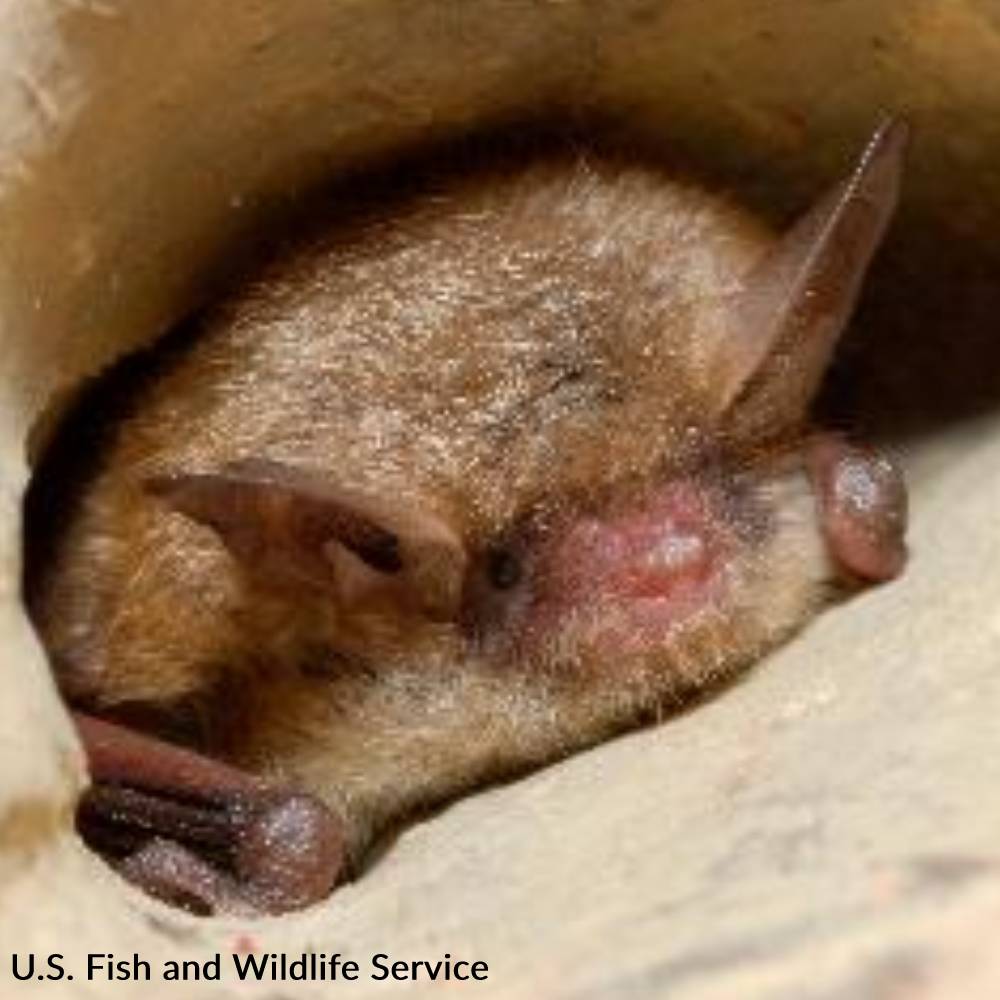 Bats play an important role in our world, helping with pest control, pollination, seed dispersal, and even in helping humans stay healthy.

Unfortunately, numerous bat species face threats to their survival, among them white-nose syndrome, which is deadly to hibernating bats.

Greater Good Charities’ Project Peril program is working to help save the bat, and you can help.