Emperor penguins, the largest species of penguins, call the icy shores and waters of Antartica home. Their numbers have started to shrink due to climate change, but a recent discovery by satellite images show their population is growing.

Satellites in space captured “distinctive red-brown guano patches” penguins leave on the ice, which upon closer examination revealed 11 unknown emperor penguin colonies in Antartica. That brings the total to 61 colonies around the continent.

For the past decade, British Antarctic Survey (BAS) scientists have been using satellite images to search for new colonies and were thrilled by the findings.

While this is exciting news, scientists say the new colonies are in high risk areas due to global warming. Emperor penguins lay their eggs and raise their young on the sea ice and increasing temperatures are slowly melting it.

“This is an exciting discovery,” said Peter Fretwell, geographer at the British Antarctic Survey (BAS), who led the research. “The new satellite images of Antarctica’s coastline have enabled us to find these new colonies. And whilst this is good news, the colonies are small and so only take the overall population count up by 5-10% to just over half a million penguins or around 265,500 – 278,500 breeding pairs.”

Philip Trathan, Head of Conservation Biology at BAS, added, “The new breeding sites are all in locations where recent model projections suggest emperor penguins will decline. These birds are therefore probably the canaries in the coalmine – we need to watch these sites carefully as climate change will affect this region.”

The new colonies seemed to fill in the gaps around the coasts of Antartica. The next step for scientists is to do an actual count of penguins, but they are waiting for the sun to return. “It is dark at the moment in Antarctica, so we can’t count them yet,” said Fretwell. “The sun will come up either later this month or next month in most of these locations, and then we will start.”

Emperor penguins are currently listed as “Near Threatened” by the International Union for Conservation of Nature (IUCN), but as global temperatures continue to increase the species is pushed closer to extinction.

At the current rate of global warming, 90% of emperor penguins could be wiped out by the end of the century. Although the penguins are resilient birds, we must take drastic measures to cut carbon emissions to help preserve the species and the planet.

Sign and share the pledge below to do your part to help us bounce back from climate change’s point of no return! Together we change the world.

Climate Change: The Point of No Return! 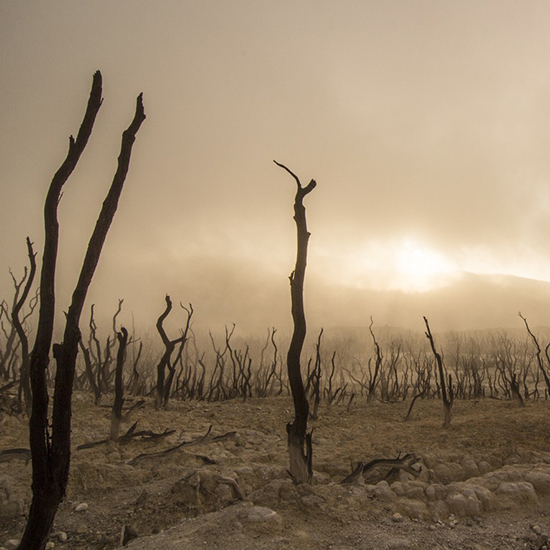 Most of us agree that Earth’s climate is changing and it’s having a negative effect on our environment. But new studies have emerged that suggest we might be reaching the point of no return when it comes to reversing the damage that’s already been done.
We must not ignore this call to action. Sign the pledge promising to do all you can to help reverse the course of global warming.
Make a difference