Dogs are being tortured and killed in the markets of Eastern India despite the best efforts of rescue groups.

The dog meat trade is illegal in India but the practices of Nagaland are granted special customary status under Article 371(A). Since Humane Society International discovered the abject horrors these animals are forced into, that status has come under heavy scrutiny from around the world. Social media campaigns and petitions have been launched in hopes of swaying the regional government to enforce a ban on the sale of dog meat. 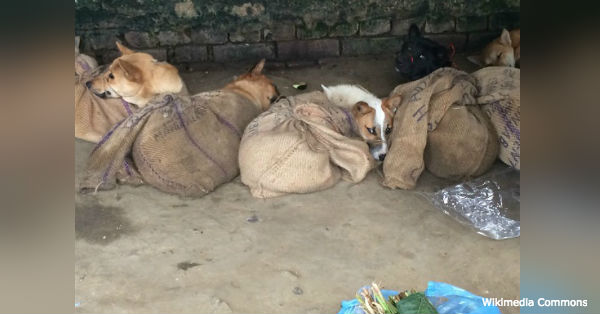 Graphic images of canines being beaten, slaughtered, and some even cooked alive are all too common around the time of the Yulin Dog Meat Festival. But what HSI found in Nagaland is even more shocking. Transported in tiny cages, without food, water, or freedom of movement, the dogs are either muzzled with ropes or their mouths are stitched shut. Once picked out and purchased at the market, they are stuffed in sacks, boiled alive, beaten with clubs, and slaughtered among so many others in “death pits.” 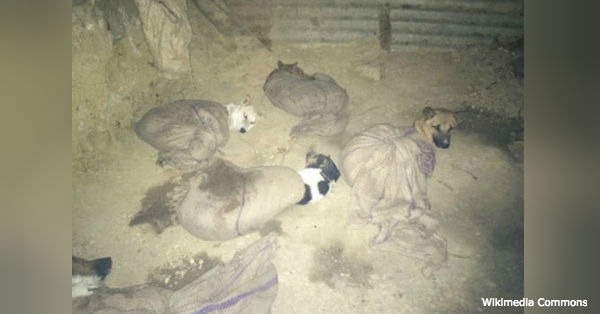 According to the Indian Express, the Nagaland government is “in the process” of banning the sale of dog meat. Urban Local Bodies of the region, along with the Municipal Affairs Department (MAD) have been asked to end any dog meat bazaars, and to promote general care for animals among the Nagas. However, without any legislation from the state government, and considering the eating habits of the region, it’s unlikely the orders will have any effect on the dog meat trade.

A kilogram of dog meat costs about $4.50 in Nagaland, and it’s on the menus of several local restaurants in the capital of Kohima and the large markets of Dimapur, where dog meat is even imported. According to HSI/India more than 30,000 stray and stolen pets become part of the dog meat trade every year. 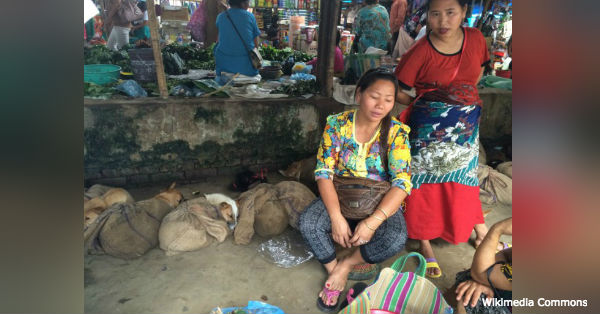 “It has been a heart-breaking experience to go to Nagaland and watch these terrified dogs being subjected to such a horrific death. I see animal suffering every day as part of my job at Humane Society International/India, but the brutal dog trade of Nagaland is some of the worst inhumanity to animals I have ever witnessed, and it still haunts me,” said HSI/India’s managing director, N. G Jayasimha. “The underground pit in Kohima where we filmed was like a nightmare. The look of helplessness and fear in the eyes of these animals was devastating: hog-tied in a bag unable to move, their muzzles tied shut so they could hardly breathe, witnessing other dogs around them being beaten and killed. It was clear to me that many of the dogs were stolen pets still wearing their collars, but whether street or pet dogs, none of these animals should ever have to ensure such cruelty.”

While the Nagas’ dietary preference for dog meat is still protected under Article 371(A), the smuggling of dog meat and dogs for slaughter is not. Even so, its done defiantly and regularly without any punishment.

“This further reiterates the need for India to have stronger animal protection laws because even this brutal clubbing of a dog would only cost the killer a Rs 50 fine. In launching our campaign today, HSI/India is determined to end this trade, starting with working with the authorities to see that the ban is properly enforced,” Jayasimha said.

The efforts to finally ban the consumption of dog meat in Nagaland will continue, as will those to end the dog meat festival in Yulin, China. This cruel and inhumane festival kills an estimated 10,000 dogs per year. Recently, Humane Society International (HSI) sent staff to the city of Yulin in an effort to draw attention to the cruelty and to stand alongside Chinese activists and ordinary animal-loving citizens who care deeply about ending this horrific trade. Follow this link to read more and help support their efforts.